Ali (Christina Aguilera) is a small-town girl with a big voice who escapes hardship and an uncertain future to follow her dreams to LA. After stumbling upon The Burlesque Lounge, a majestic but ailing theater that is home to an inspired musical revue, Ali lands a job as a cocktail waitress from Tess (Cher), the club's proprietor and headliner. Burlesque's outrageous costumes and bold choreography enrapture the young ingenue, who vows to perform there one day.

Robert Pattinson, Kellan Lutz, and Taylor Lautner were all considered to play the role of Jack before the role went to Cam Gigandet. All four actors are featured in the Twilight (2008) films.

Cher was nominated for a Razzie award for her performance. However, Burlesque received a variety of positive award nominations including a Golden Globe Nomination for Best Musical/ Comedy which many believed was a bought nomination. It also received a Golden Globe win for best original song.

Burlesque marks Christina Aquilera’s first acting credit that does not have her playing herself. 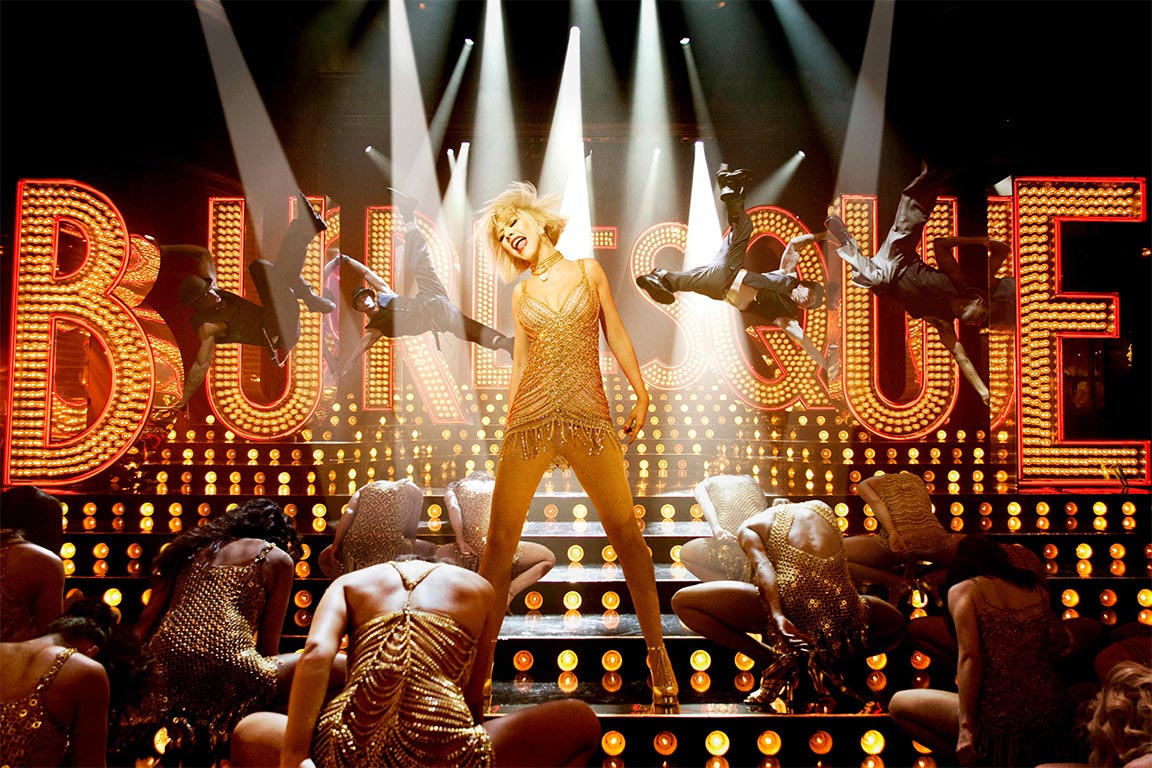 The trailer for Burlesque hits all of the appropriate beats for a movie that is perfect for a lazy Sunday home viewing. Christina Aguilera plays a small-town girl who wants to make it in the big city so of course, she takes a job as a waitress in a club that happens to have a Burlesque show. All she wants is to be able to perform on stage for everyone to see the talent she is hiding from her co-workers and bosses.

Of course, we as the audience know exactly what kind of talent Christina Aguilera has and the impressive high notes and dance moves she is completely capable of rocking. We have all seen the music video for Lady Marmalade, we get it. Cher plays the owner of the club who is responsible for finding the right talent. Cher is always awesome so the movie becomes even more watchable with just her presence. Stanley Tucci is also there portraying a character enough like his character in The Devil Wears Prada, it could very well just be the same character on a different coast.

There are also glimpses of the always fantastic Kristen Bell as a brunette. Perhaps, her usual angelic blond locks may overshadow the lead’s own coif. Burlesque may not be a filmmaking achievement of any sort but is has a cast of likable stars and a fun and simple plot which is ideal for a mindless and entertaining time.