The true story of Whitey Bulger, the brother of a state senator and the most infamous violent criminal in the history of South Boston, who became an FBI informant to take down a Mafia family invading his turf.

Johnny Depp tried multiple times to speak to James 'Whitey' Bulger in preparation for playing him in Black Mass, but Bulger refused.

However, Scott Cooper hired many of Whitey Bulger's old associates as advisers in order that they could authenticate Depp's performance. All agreed that Depp pulled it off.

A lot of the murder scenes were filmed where the actual murders had taken place in real-life.  10% of the film's opening weekend box-office takings came from Boston, where Whitey had lived.

Initially, the film came in at over three hours long. A lot was cut due to pacing issues, including all of Sienna Miller's scenes. 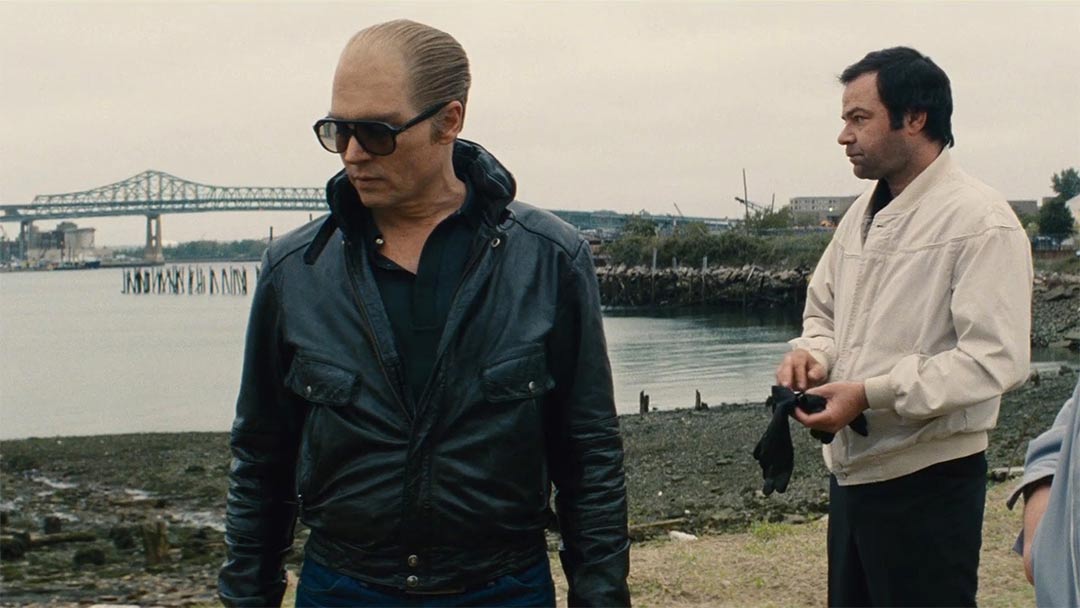 Black Mass tells the story of the reign of terror held over Boston by James 'Whitey' Bulger, one of the most violent criminals of all time. Bulger's brother, Billy Bulger, was a U.S State Senator while Whitey was busy committing his violent atrocities.

An FBI agent convinces Whitey to become an informant, and he helps take down rival gangs, leaving the way clear for his mob rule to take over. As the FBI agent and Whitey become closer, Whitey exploits the relationship for his own personal gain, using his links to the FBI to cover up his crimes.
After a particularly gruesome double murder, the FBI finally decide to intervene and Whitey goes on the run. He was eventually arrested in 2011 and is still serving time in jail.

It makes a nice change to see Depp in a serious role. He does take them from time to time and he can be a truly great actor when he sets his mind to it. Here he is a strong and commanding presence and you can tell a lot of effort and preparation has been put into the role. I do wish the trailer showed more of him playing off against Benedict Cumberbatch as his brother, though.

Still, what the trailer does clearly show is the corruption of the FBI in this case, which is always something that makes my jaw drop. How a group of people who are supposed to uphold the law can turn a blind eye to such hideous crimes is beyond me. For that reason, plus Depp's performance, I am really intrigued to see this film.