Australia is an epic and romantic action adventure, set in that country on the explosive brink of World War II. In it, an English aristocrat (Nicole Kidman) travels to the faraway continent, where she meets a rough-hewn local (Hugh Jackman) and reluctantly agrees to join forces with him to save the land she inherited. Together, they embark upon a transforming journey across hundreds of miles of the world's most beautiful yet unforgiving terrain, only to still face the bombing of the city of Darwin by the Japanese forces that attacked Pearl Harbor. With his new film, Luhrmann is painting on a vast canvas, creating a cinematic experience that brings together romance, drama, adventure and spectacle.

Heath Ledger was originally cast in Hugh Jackman's role, but dropped out to make The Dark Knight instead.

Filming took nine months and went massively over budget and schedule. During that time, Baz Luhrmann and his team dealt with flooding, bad weather and poor lighting. Each delay was costly; Luhrmann employed a vast cast and crew, including 1500 cattle that had to be fed and cared for!
Australia also involved over 1500 horses.

Nicole Kidman cites filming Australia as the best moment of her career. She is long time friends with Luhrman.

Kidman angered Aboriginal groups when she tried to play a didgeridoo on a German talk show while promoting the movie; it is forbidden for women to play the instrument in their custom and some Aboriginal people believe doing so can make a woman infertile. 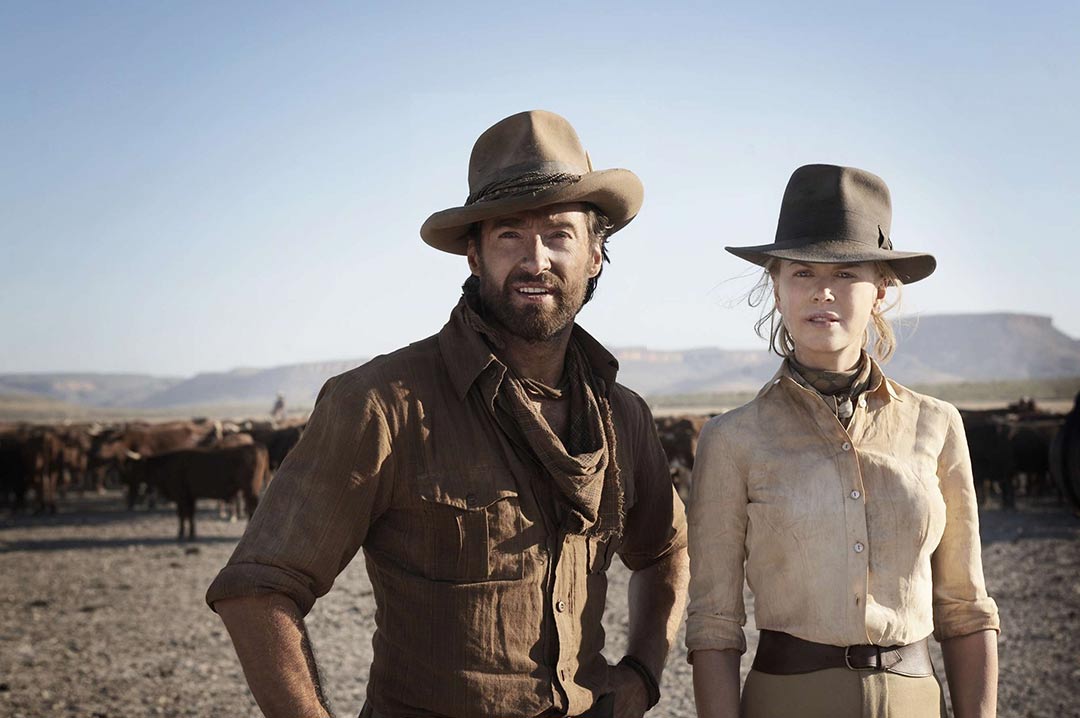 Baz Luhrmann is a director known for his incredible visual storytelling. His filmmaking style is artistic and very, very beautiful to behold. In Australia, Luhrmann takes us back to his home country, giving us a tour of its amazing landscape while focusing on an epic, romantic tale of love and hope.

Epic really is the best way to describe this film; both in terms of the cinematography and the long, winding tale which flows well, letting us become truly immersed in the film. The chemistry between Jackman and Kidman is palpable; Kidman is always a master in this and you will be completely hooked on this pairing from the start. In many ways the differences between Drover and Lady Ashley remind me of Crocodile Dundee- granted with a bit more sophistication- but it reminds me of how much I loved that film as a kid, which in turn, endears Australia to me even more.

However, Australia also has another storyline intertwined with the romance, and that is the bombing of Darwin Harbor during the second World War. It is heartbreaking to watch such a beautiful country being torn apart and its inhabitants suffering the fall out and a reminder of exactly how harrowing the war was.

This trailer serves Australia well; it highlights the best bits and entices us into watching the whole movie but best of all, it reminds us of what a brilliantly talented filmmaker Baz Luhrmann is.

Release
November 26, 2008
Cast
Nicole Kidman
Hugh Jackman
David Wenham
Bryan Brown
Brandon Walters
Trailer Tracks
"The Only Moment We Were Alone"
Explosions in the Sky
Log In to Comment
AROUND THE WEB