Stephen King might have been a horror creator for decades, but his work is now making a comeback of epic proportions. As his 1990 mini-series IT scared the daylights out of a generation of kids when it came to clowns, a 2017 reboot is on the way to revive the character Pennywise in all his greatness.

But upon the release, a new IndieGogo campaign from Dead Mouse Productions has been unearthed in order to create a tell-all documentary Pennywise: The Story of IT. Given the popularity of the fresh trailer (197m views in first 24 hours), the behind the scenes look at the 1990 installment is requesting the help of fans to make it a reality. 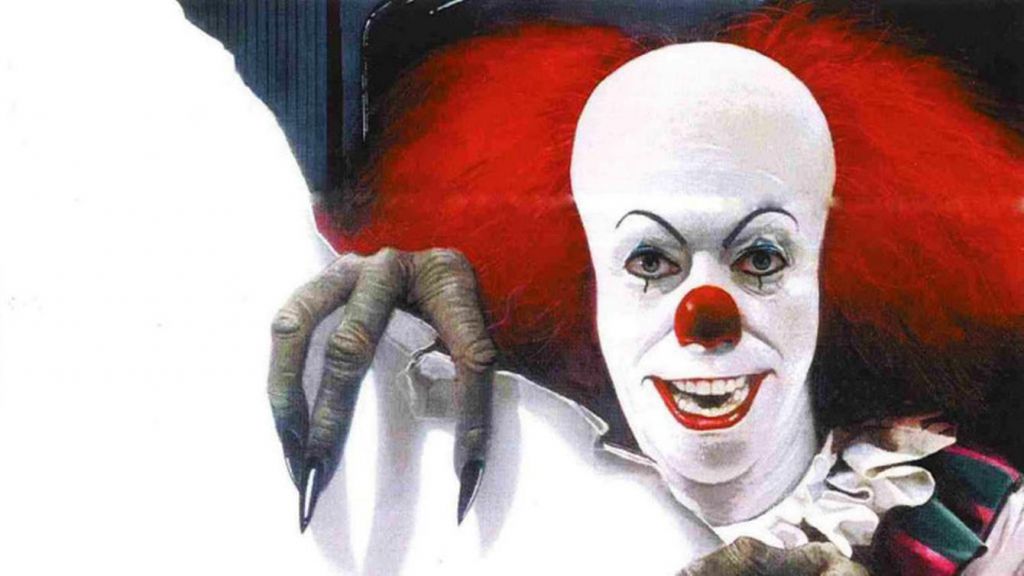 The picture has the backing of original star Tim Curry as they offer footage not seen before on any DVD copy. This is the official description of the project from Dead Mouse Productions:

"From Dead Mouse Productions Ltd and Cult Screenings UK Ltd, makers of Leviathan: The Story of Hellraiser and Hellbound: Hellraiser II, You're so cool, Brewster! The Story of Fright Night and RoboDoc: The Creation of RoboCop and John Campopiano, director/writer of Unearthed and Untold: The Path to Pet Sematary comes this brand-new documentary Pennywise: The Story of IT. A fully independent retrospective into the making of Stephen King's IT and its cultural impact over the last 28 years.

Supported by dozens of the original cast and crew including Tim Curry, Tommy Lee Wallace and Bart Mixon, Pennywise is made by fans of the IT for fans of IT. The crew have already received support from over 20 of the cast and crew, including acquiring over 2 hours of never-before-seen set footage from SFX wizard Bart Mixon, as well as loads of archival and behind-the-scenes photos and there is no doubt that by the time of production many more key players will be attached to share their amazing stories about one of the most iconic movies ever-made."

This Is Not Just For Horror Fans, But Horror Family

Producer and writer John Campopiano explains that the feature is a bold move by putting the responsibility back into the hands of the would-be watchers. Needing the funds to make it possible, he argues that the horror faithful can embark on this together.

"As many know, I've teamed up with UK filmmakers Gary Smart and Chris Griffiths, both of whom are based in London, on a brand new documentary about Stephen King's IT called, Pennywise: The Story of IT. Earlier this afternoon we officially launched our Indiegogo campaign which will hopefully be successful and will allow us to tell a story we care deeply about as horror fans and admirers of Tim Curry. Our team would be sincerely grateful if you could help spread the word however possible. Everything about this new endeavor is ambitious, so we're hoping that friends and family - including our extended family in the horror and film communities - can help us make this dream project a reality."

Mixing in the trend of stalker clowns around North America as they take inspiration from Pennywise, Campopiano says this goes beyond just the mini-series.

"From digging into the historical and cultural phenomenon of coulrophobia (the fear of clowns) to Tim Curry's magical portrayal of Pennywise the Clown, to the impact Vancouver (aka 'Hollywood North') had on this special made-for-tv miniseries, our project aims to tell a story heard by few and showcase a wealth of behind-the-scenes footage and photos seen by even fewer. As you'll learn from the Indiegogo campaign video and webpage, we've confirmed Tim's involvement in this project as well as 20 other cast and crew-and the list continues to grow. This is going to be a special film for horror fans the world over. We've already been been receiving lots of positive press thus far, which you can read about here, here, and here. Thank YOU for any help you can extend in spreading the word and bringing eyes to this important Indiegogo campaign."