For decades, there has been one man synonymous with the slasher horror character Freddy Krueger. 70-year old Robert Englund would take on the villain for the 1984 original A Nightmare on Elm Street, staying in the role right up until the 2003 crossover Freddy vs. Jason.

Now talk and speculation has amped up regarding New Line Cinema and their plans to reinvent the property by recasting the lead antagonist. As Englund was sitting down to chat with Cinemablend, he identified non other than JFK, Apollo 13 and Mystic River star Kevin Bacon as the successor to his thrown of hell and chaos.

Englund: Bacon Respects The Horror World and We Respect Him 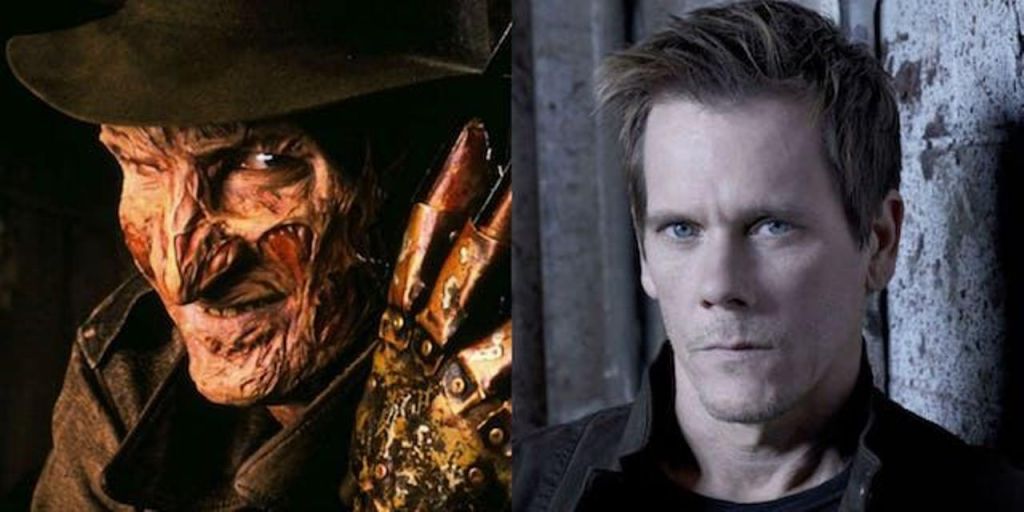 This would not be an endorsement that has come out of the blue from Englund's perspective, hearing through the Hollywood grapevine that his name has been circulated as a potential contender. Bacon would make a breakthrough in his own career by playing Jack Burrell in the 1980 classic Friday the 13th, and playing Krueger would be something of a full circle moment in his horror life.

"Well the gossip I've heard, and I don't know how valid this is, but there has been some talk about using, or perhaps he's been approached, Kevin Bacon," Englund remarked. "Yeah. I think that would be great. He's in one of my favorite little horror movies, Stir of Echoes, and you should check it out if you haven't seen in. And I just think Kevin's the right size. I think he respects horror movies. He doesn't make fun of them. I think it would be real interesting."

Old Freddy Might Have Found His Next Horror Franchise

While Englund might have appeared to hand the baton over happily to Bacon for that ongoing series, he has not completely left the scene altogether. There is one low budget horror feature that will score a limited release on October 20, titled Nightworld.

Playing a blind character in a very dark and murky world, the English-raised performer talked to Bloody Disgusting about his excitement for the picture. Such is his eagerness to see it make a splash in theaters, he thinks the quality of the story could spawn a franchise all to itself.

“I had never played a blind man before,” Englund joked. “It was challenging, fun and my character had some great lines. Nightworld is one of the scariest scripts I have read in a long time. The story is haunting and original, and opens up to possible sequels…”