The modern mammal metropolis of Zootopia is a city like no other. Comprised of habitat neighborhoods like ritzy Sahara Square and frigid Tundratown, it's a melting pot where animals from every environment live together-a place where no matter what you are, from the biggest elephant to the smallest shrew, you can be anything. But when rookie Officer Judy Hopps (voice of Ginnifer Goodwin) arrives, she discovers that being the first bunny on a police force of big, tough animals isn't so easy. Determined to prove herself, she jumps at the opportunity to crack a case, even if it means partnering with a fast-talking, scam-artist fox, Nick Wilde (voice of Jason Bateman), to solve the mystery.

Animators decided to give Judy Hops purple eyes because they thought the rest of her gray bunny markings were too dull for a main character. They felt the purple represented her bright, optimistic personality.

The logo on Judy Hopp's cell phone is a carrot with a bit taken out of it; an obvious nod to the Apple logo.

There are no reptiles, birds, amphibians or fish present in the movie. Instead, Zootopia consists only of mammals. 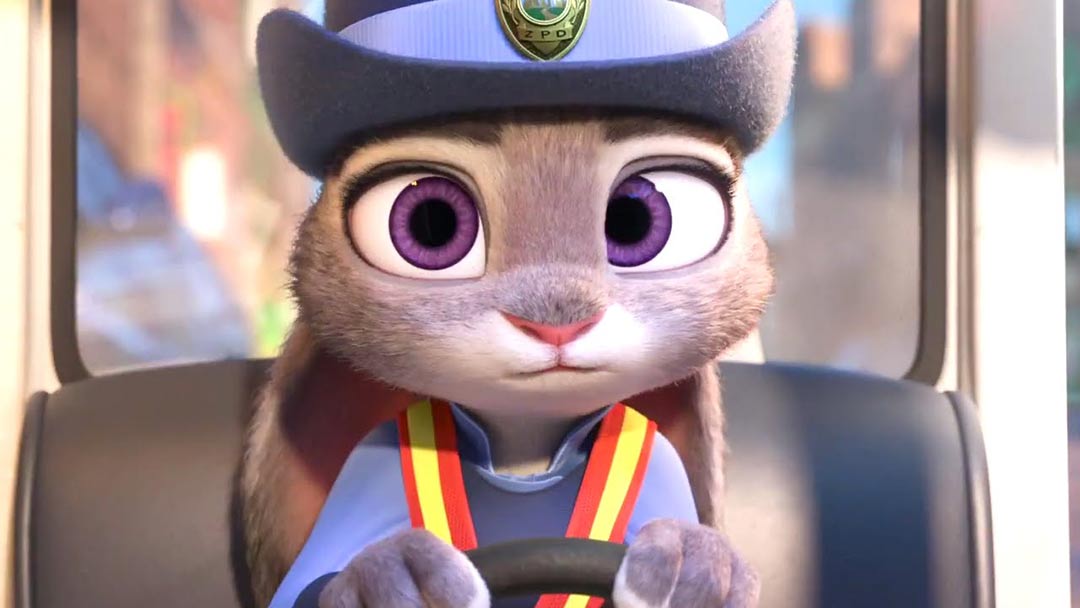 Zootopia focuses on a world much like our own, only the inhabitants are all animals. Predator and Prey live side by side in perfect harmony; a Zootopia, if you will. And we do not question it, of course, because this is Disney so we just go with it and enjoy it.

Zootopia works on many levels. As you will have gained from the trailer, Judy Hops (the bunny pictured) is a new cop in town. Because she is new, or because she is female, she is assigned the boring jobs like monitoring traffic or parking, but what Judy really wants to do is solve crime.

She stumbles across Nick Wilde (the fox also pictured), a cheeky small-time criminal who Judy recruits to help her solve a case, which she hopes will prove her worth on the force.

Not only does this movie have a great plot, it also serves as a great piece of social commentary if we apply it to the world we live in. Plus, if you don't want to get too deep about it all; Zootopia is really, really funny. Particularly if you like sloths, and who doesn't?

Zootopia is packed full of characters who will make you laugh, cry and ones whom you will want to hug for all eternity. I wouldn't be at all surprised to hear news of a sequel soon because Disney have really triumphed here.