An aspiring comic book artist (Alison Pill) works through her daily issues with a cartoon world of her creation starring Latin dreamboat Edward (Bernal), upon whom she unleashes her frustration in absurd and hilarious ways.

The feedback from the festivals was mostly positive, or at least positive enough for Screen Media Films to do a limited theatrical release along with VOD.

If somebody was to ask me how to describe Zoom after watching the trailer, I'd have no idea where to start. Some nerdy but cute chick draws a comic starring a character she fantasizes about. She also seems to work with sex dolls. Weird, right? Well, now we have to throw in some drugs, and the fact that her drawn character, played by Gael Garcia Bernal, comes to life. Or is that just the drugs? Hallucinate much?

It's hard to say, but at least Zoom's running time is about ninety minutes. So if you were to make it a point to catch this unique film in theaters, at least it's not too much time wasted if you don't like it.

But that doesn't mean we're knocking it. The trailer for Zoom looks fantastic, and we can't help but love seeing Alison Pill and Tyler Labine in leading (live-action) roles. If you are wondering how you recognize them, Pill has done a number of roles including the part of female drummer in Scott Pilgrim vs The World. Tyler Labine we absolutely adored in Tucker and Dale vs Evil. 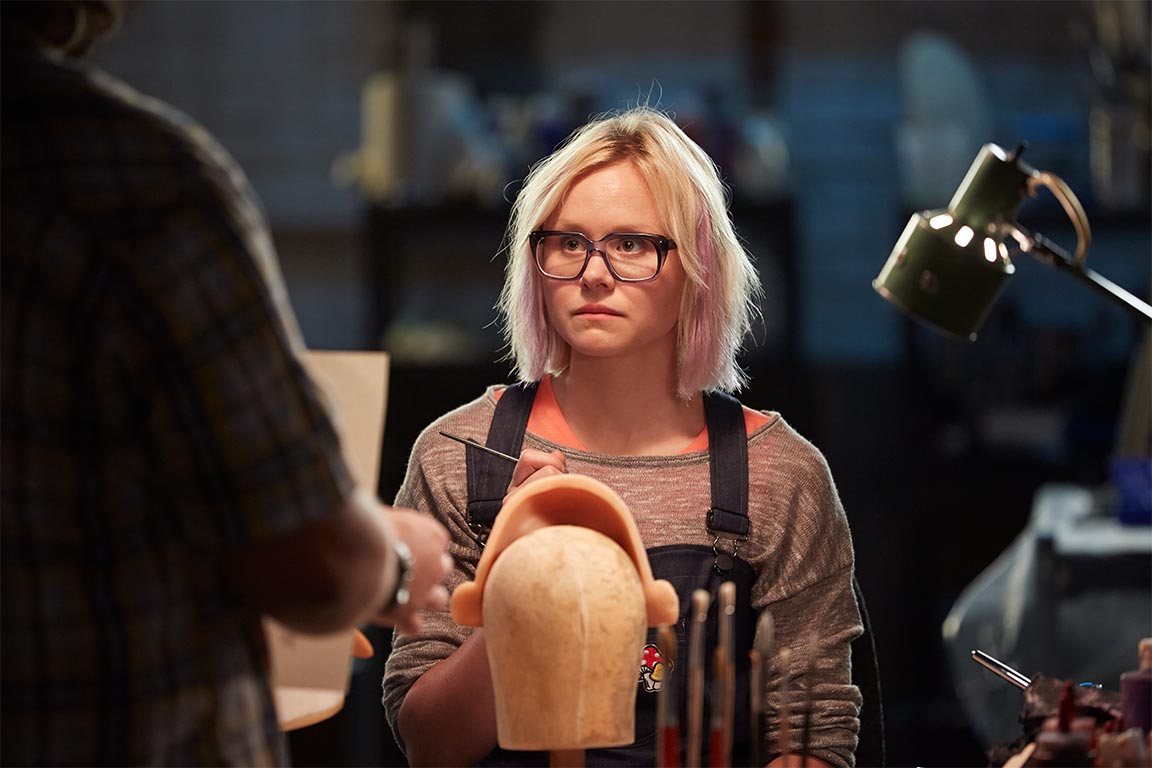