Red band trailer for Your Highness.

Throughout history, tales of chivalry have burnished the legends of brave, handsome knights who rescue fair damsels, slay dragons and conquer evil. But behind many a hero is a good-for-nothing younger brother trying just to stay out of the way of those dragons, evil and trouble in general. Danny McBride and James Franco team up for an epic comedy adventure set in a fantastical world—Your Highness. As two princes on a daring mission to save their land, they must rescue the heir apparent’s fiancée before their kingdom is destroyed.

Thadeous (McBride) has spent his life watching his perfect older brother Fabious (Franco) embark upon valiant journeys and win the hearts of his people. Tired of being passed over for adventure, adoration and the throne, he’s settled for a life of wizard’s weed, hard booze and easy maidens. But when Fabious’ bride-to-be, Belladonna (Zooey Deschanel), gets kidnapped by the evil wizard Leezar (Justin Theroux), the king gives his deadbeat son an ultimatum: Man up and help rescue her or get cut off.

Half-assedly embarking upon his first quest, Thadeous joins Fabious to trek across the perilous outlands and free the princess. Joined by Isabel (Natalie Portman)—an elusive warrior with a dangerous agenda of her own—the brothers must vanquish horrific creatures and traitorous knights before they can reach Belladonna. If Thadeous can find his inner hero, he can help his brother prevent the destruction of his land. Stay a slacker, and not only does he die a coward, he gets front row seats to the dawn of an all-new Dark Ages.

The film was written by Martin Best and Danny McBride but most of the dialogue was heavily improvised. There was a written plot and plenty of notes but the actors filled in everything else.
Natalie Portman only agreed to do the film for the paycheck. At the time she was worried that Black Swan would not get greenlit and she might have to fund the film on her own so the money for Your Highness was beneficial. However, Black Swan did end up getting the go ahead and even earned her an Academy Award.

Your Highness had a fairly substantial budget of just under $50 million but was not able to reach $25 million worldwide at the box office. 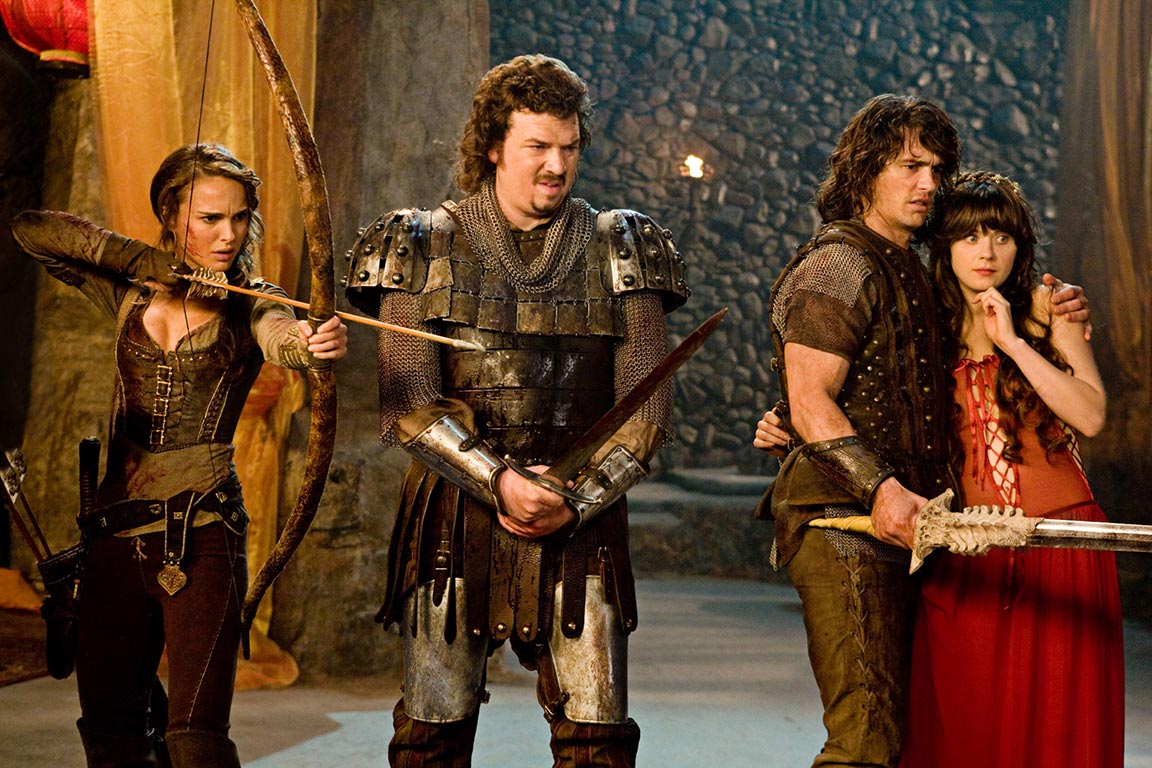 The red band trailer for Your Highness is exactly what would be expected from a movie starring Danny McBride and James Franco, which is mostly a good thing. The film takes the classic tale of saving the princess and turns it into a stoner comedy without any stoners, not really.

Natalie Portman plays the tough woman who can fight and be equal to her male counterparts while also being much more capable and intelligent. It seems that Portman getting the chance to beat everyone up is the sole reason for taking on the role. Poor Zooey Deschanel is stuck playing the beautiful princess who needs saving which is a bit of a bummer of a role to play. The trailer has quite a few funny lines but they seem to be all spoken by McBride, leaving Franco the straight man, but McBride is an exceptionally funny guy who has comedic timing and can get away with a lot.

The trailer plays like an R-Rated Princess Bride, which should be plenty of fun. The trailer for Your Highness is entertaining and features a lot of talented and likable actors and a few good laughs, but whether the film itself can sustain the comedy is unlikely.