Walt Disney Animation Studios and Emmy®-winning director Rich Moore take moviegoers on a hilarious, arcade-game-hopping journey in Wreck-It Ralph. Ralph (John C. Reilly) is tired of being overshadowed by Fix-It Felix (Jack McBrayer), the "good guy" star of their game who always gets to save the day. But after decades doing the same thing and seeing all the glory go to Felix, Ralph decides he's tired of playing the role of a bad guy. He takes matters into his own massive hands and sets off on a game-hopping journey across the arcade through every generation of video games to prove he's got what it takes to be a hero.

On his quest, he meets the tough-as-nails Sergeant Calhoun (Jane Lynch) from the first-person action game Hero’s Duty. But it’s the feisty misfit Vanellope von Schweetz (Sarah Silverman) from the candy-coated cart racing game, Sugar Rush, whose world is threatened when Ralph accidentally unleashes a deadly enemy that threatens the entire arcade. Will Ralph realize his dream and save the day before it’s too late?

Unlike most animated films, the voice artists regularly recorded their scenes together in the same booth, leading to a lot of improvising.

Guests at Disneyland's Tomorrowland park used to be able to play the Fix-It Felix Jr. game but the arcade has since been removed.

Several well-known video game characters make an appearance in Wreck-It Ralph, including Bowser from Super Mario Bros., Sonic the Hedgehog, Cammy from Streetfighter, Pac-Man, and Clyde, the orange ghost that can be seen in this trailer. 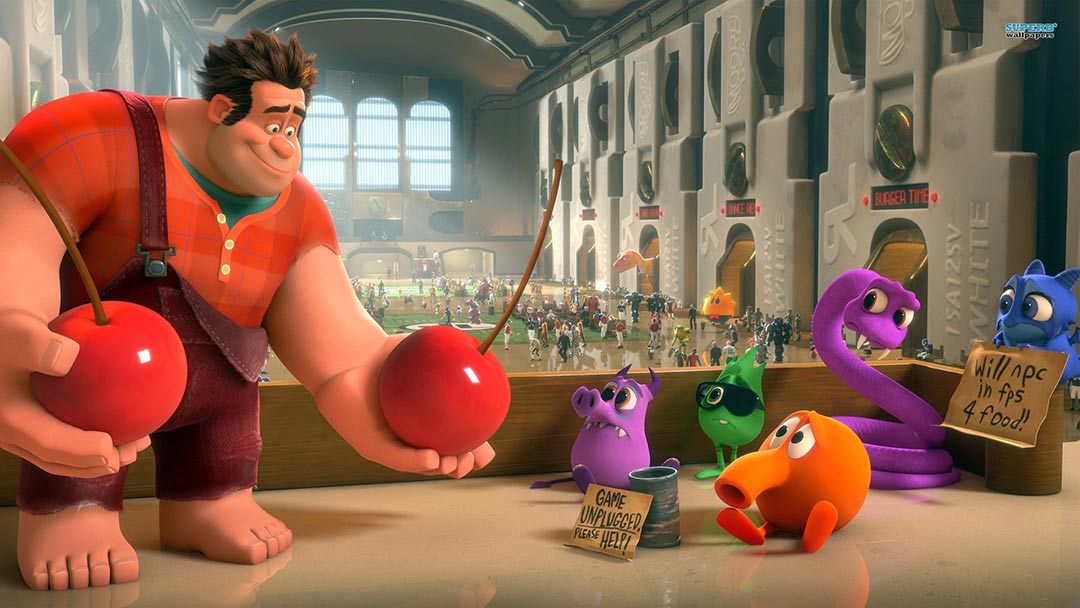 Video games don't always do well on the big screen, but Disney has been smart with Wreck-It Ralph. For a start, they've given his game a retro look and feel that really appeals, and he's also a unique creation. Not only that, but Disney have also managed to perfectly blend well-known video game characters with a mix of original characters and it creates a fantastically fun universe that totally draws viewers in.

Those who love arcade games, or used to play them a lot as a child, will enjoy this trailer, which gives us glimpses into many of the different gaming worlds that Ralph journeys into. We're also immediately drawn to Ralph, and we emphasize with his plight of always being labelled as the bad guy.

Ralph is fed up with going through the same process day after day and so he decides to explore beyond his own game, and in doing so, he hopes that he can achieve more than just wrecking things. It's an exceedingly clever film, I think, and perfectly enjoyable, too.

Wreck-It Ralph is also not just a film for gamers, but is appealing to everyone. Vanellope, and the candy world she inhabits, is adorable, and Callhoun is a brilliant creation. There are so many stand out moments in this film, that will make you go "Oh hey, isn't that..?" or "Did I just see...?" that it's impossible to give mention to them all. Suffice to say though, that this trailer is only the beginning, so dive into the world of Ralph, Felix and their friends! 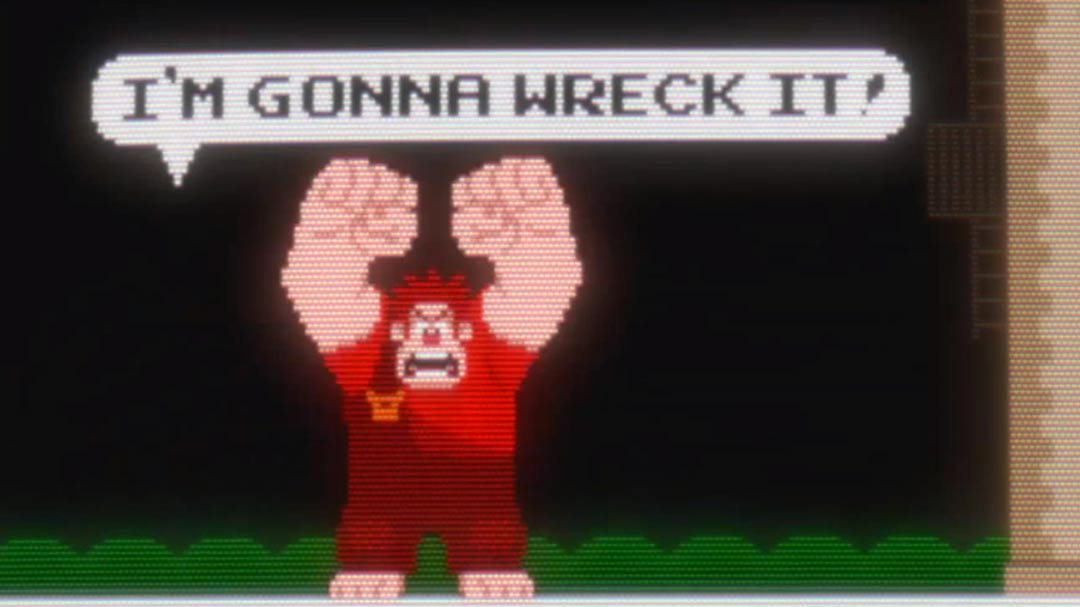