The trailer for While She Was Out.

Della Myers is an upper-class housewife that lives in a private condominium in the suburbs with her twin children and her abusive husband Kenneth. Della gives all the attention to the twins, neglecting their house and her appearance and upsetting Kenneth. On the Christmas Eve, she drives to the local mall in the night to buy wrapping paper for the gifts, and she does not find any parking space available. When she sees an old car parked on two spots, she leaves a message to the owner calling him "selfish jerk". When the mall closes, Della's car is hold by the driver of the old car and she is threatened by four punks - Chuckie, the Afro-American Huey, the Chinese-American Vingh and the Latin Tomás. When the security guard of the mall protects her, he is shot on the head by Chuckie, Della speeds up her car trying to escape from the criminals. However she crashes her truck nearby a forest while chased by the gang. She takes the toolbox and hides in the wood, fighting against the gang to survive.

The story was filmed as a segment in the anthology television series, The Hidden Room. The character Kim Basinger plays, Della, is played by actress Stephanie Zimbalist who is best known for the show Remington Steele

The film was made entirely in Canada, contributing to its low budget of an estimated $6 million. 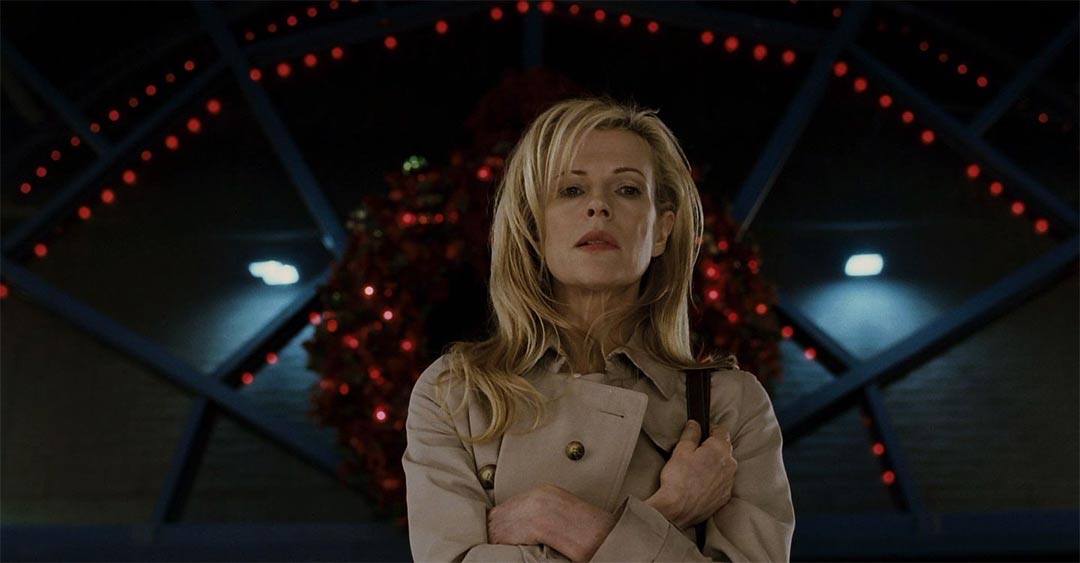 Kim Basinger plays an emotionally abused wife who just can’t take it anymore in While She Was Out. The trailer shows Basinger dealing with abuse from her husband in front of her two small children. Whether she is being physically abused on top of it all is not clearly stated, but we can see that she has a terrible husband who treats her poorly and she is too weak to fight back, at least in that moment. She goes out late at night and runs into some hoodlums headed by Lukas Haas, who should really be in more movies. The guys cause a ruckus and shoot some guy who is sticking up for Vicki Vale, I mean Basinger, and all hell breaks loose because obviously they do not want a witness to their naughty behavior.

The guys are chasing poor Basinger into the woods, but she is tired of being the victim and with all of that pent up anger and frustration from being married to a jerk results in her fighting for her life. Movies like this are always exciting and satisfying because the timid housewife turns out to be tough and smart enough to thwart the bad guy.

However, the best thing about films like Enough and Sleeping with the Enemy is that the women who are abused by their husbands, turn the tables on their husbands, rather than some random bad guys. There is still the fantastic possibility that Basinger returns home to poison her husband too, or maybe the final shot of the trailer of her with a gun near a Christmas tree is directed toward him. We can only hope.

While She Was Out has a trailer that draws me in and makes me want to see how she gets away, and whether her marriage goes out with a bang.