Trailer for Welcome to Me.

What happens when a young woman with Borderline Personality Disorder wins the lottery? In the case of Alice Klieg (Kristen Wiig), she quits her psychiatric meds and buys her own talk show. Inspired by the immortal Oprah, she broadcasts her dirty laundry as both a form of exhibitionism and a platform to share her peculiar views on everything from nutrition to relationships to neutering pets. Also starring Wes Bentley, James Marsden, Tim Robbins, Joan Cusack, Jennifer Jason Leigh and Linda Cardellini.

James Marsden and Kristen Wiig previously appeared together in Anchorman 2: The Legend Continues, but did not share any scenes.

Wiig and Tim Robbins previously worked together on The Spoils of Babylon.

The actress who plays Wiig's mother in the movie is actually director Shira Piven's mom in real life. At the start of Welcome to Me, just before Wiig puts her Oprah video on to play, the camera pans to her shelf of videos. One is labelled 'SNL', a reference to Wiig's time spent on Saturday Night Live. 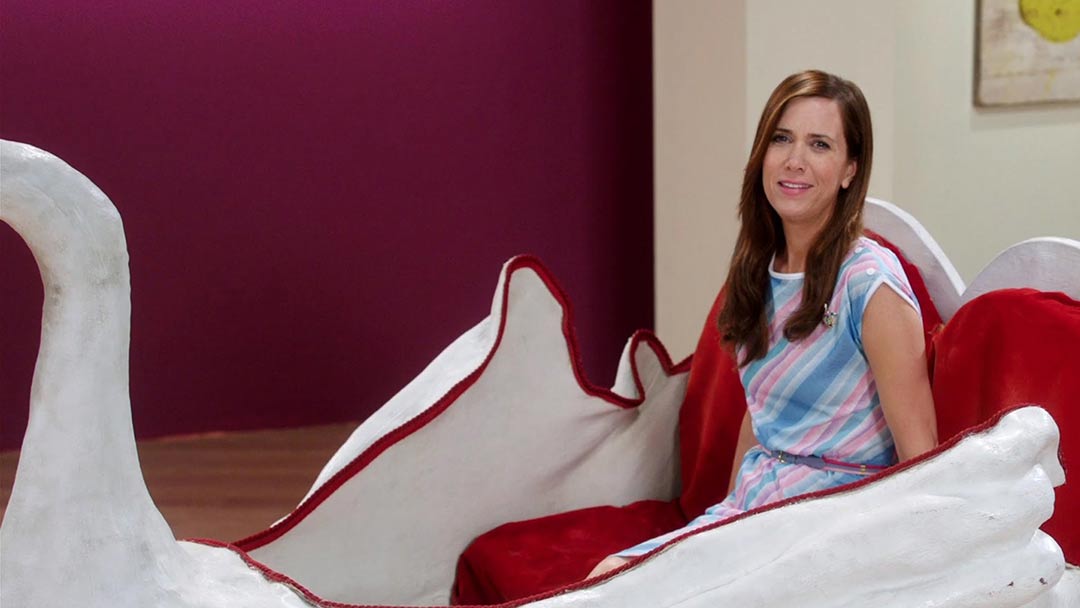 Before watching this trailer, I had never heard of Welcome to Me. James Marsden's name made me watch, but even though he doesn't feature too much in this trailer, I still really enjoyed it.

Wiig plays a woman with a personality disorder, who wins the lottery and buys herself a talk show. It's a risky subject for a movie anyway, but then you notice that Welcome to Me is, in fact, a dark comedy, and you almost feel like watching the trailer through your fingers for fear of the jokes being too below the belt and insensitive.

However, I didn't get that impression at all from the trailer. The script is played completely straight, and much of the humor in this trailer comes from that. Wiig's performance really seems to be fantastic. I do so love to see her in these darker roles rather than all out comedy; it gives her a chance to show us all what she is really capable of.

I love the very idea of someone being capable of buying their way onto TV like this, and I like the moral ambiguity of the situation this trailer sets up; the production team can clearly see this is a mentally ill woman, yet she has the cash to hand over, and so they give her a show. The trailer doesn't detail too much, but I can only assume that she is being conned.

Welcome to Me had a tiny, limited theatrical release. What a shame, given that most of the reviews were fairly positive and especially complimentary of Wiig's performance. It's a great premise, which looks to be brilliantly executed.