Red band trailer for War on Everyone, starring Alexander Skarsgard and Michael Pena.

In Albuquerque, New Mexico, Terry Monroe (Skarsgård) and Bob Bolaño (Peña) are two corrupt cops who set out to blackmail and frame every criminal unfortunate enough to cross their path. Things take a sinister turn, however, when they try to intimidate someone who is more dangerous than they are. Or is he?

Director John Michael McDonagh has only helmed three feature films, with this one being the first to not feature Brendan Gleeson. The director's filmography, though short, has been strong with The Guard and Calvary.

Michael Pena was originally supposed to co-star with Garrett Hedlund in War on Everyone, but got swapped for Alexander Skarsgard. Seeing how well the two work together, not a bad substitution.

If you've seen McDonagh's previous features, you can easily tell that he upped the comedic factor a bit for this third outing in hopes to find a larger audience and more commercial appeal. 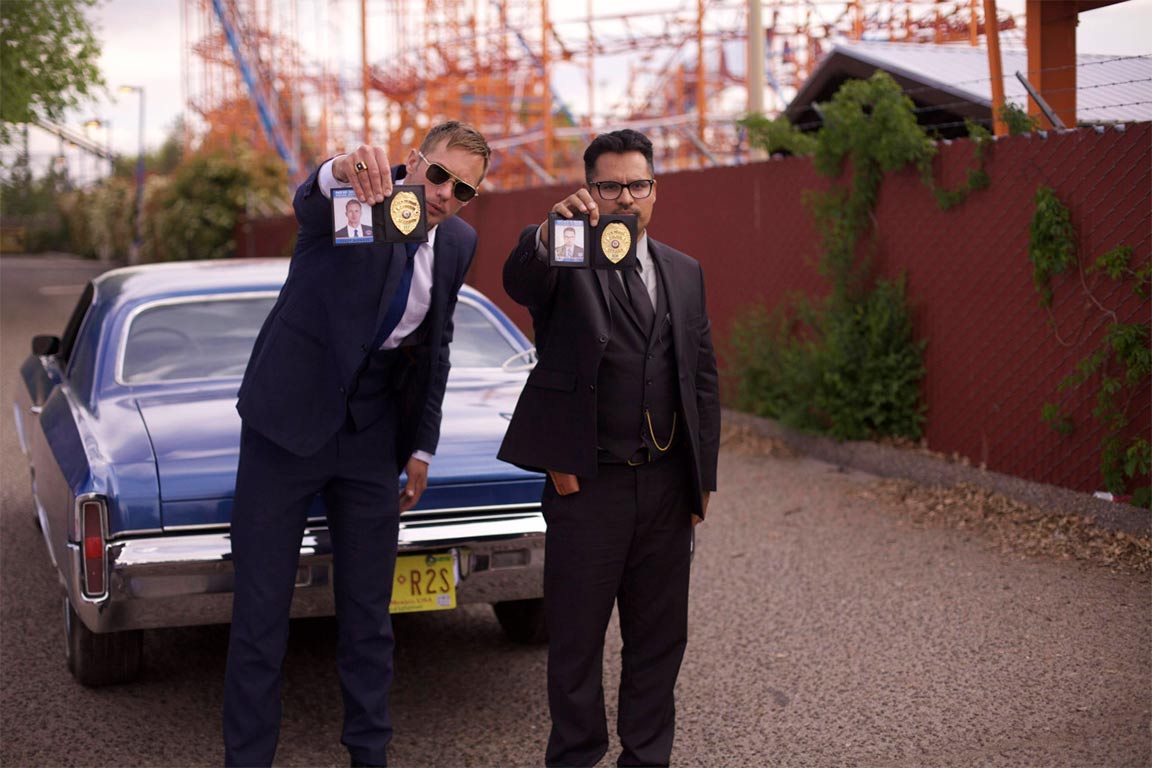 If somebody told me that Alexander Skarsgard, who we will soon see as Tarzan, would make for a great R-rated buddy-cop pairing with Michael Pena I'd call "bullshit." And then I'd be proven wrong, as Skarsgard continues to prove that he as the acting chops for any sort of role... not just vampires.

On top of that, I've always been obsessed with red band trailers. If you have an R-rated movie, what better way to showcase it than with an R-rated trailer? This first trailer for War on Everyone is exactly that and is so proud of being a red band, that it even comes with a custom band at the start of the preview that is also very R-rated.