The First World War is experienced through the journey of this horse—an odyssey of joy and sorrow, passionate friendship and high adventure. “War Horse” is one of the great stories of friendship and war— a successful book, it was turned into a hugely successful international theatrical hit that is arriving on Broadway next year. It now comes to screen in an epic adaptation by one of the great directors in film history.

Fourteen horses were used to play Joey in War Horse but the main horse used was Finder's Key- the same horse who portrayed Seabiscuit in the eponymous movie about the racehorse.

War Horse director Steven Spielberg says that only three scenes in the movie used digital effects, and that was to ensure the safety of the horses. Everything else actually happened.

Jeremy Irvine had never ridden a horse when he was cast in War Horse. This is also his first feature film. 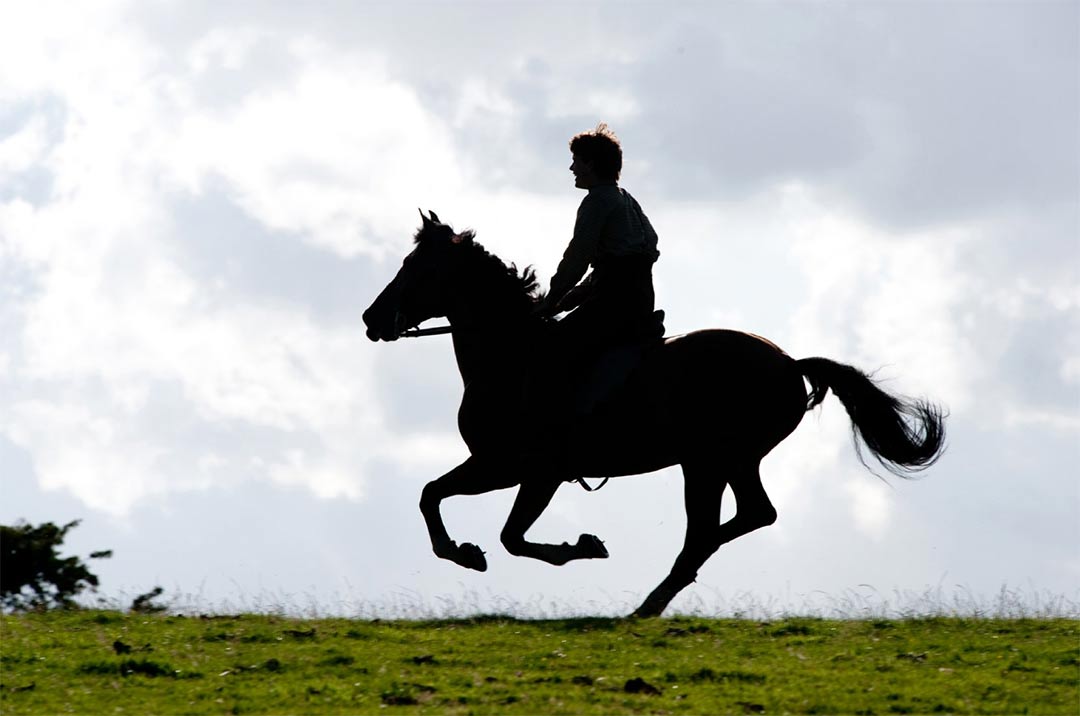 Under the direction of Steven Spielberg, the wonderful Michael Morpurgo novel, War Horse, is brought to life. The story is told through the eyes of Joey, a young horse who is tamed by Albert, a boy who seems to understand Joey perfectly. Unfortunately, Albert's dad is a drunkard, and sells Joey to the army to become a War Horse during the First World War.

Joey is shipped to France, where he serves in the trenches alongside his friend, Topthorne. The pair are put through a brutal regime, ultimately leading to their capture, but will Joey ever manage to find his way back to the English countryside, and Albert, his true master?

I'm not going to spoil the plot for you, but I do need to stress what a beautifully poignant and moving film this is. If you enjoy novels, read the book too because although it might be aimed at children, I can guarantee you'll be in floods of tears. I am a total mess each time I read the book, see the stage show, or watch the film, because the story telling is so wonderfully smart, and telling it through Joey's eyes gives an amazing insight into the relationship humans and animals share.

This trailer showcases the incredible cinematography of this movie well; given the amount of horses used, and the reenactment of several WWI battle scenes, it must have been a very difficult shoot indeed but a film in the hands of Spielberg is a safe film, because he pays the utmost attention to detail and always seems to care deeply about the story he is telling.

Really, the word that best describes War Horse is beautiful; beautiful scenery, acting, animals, and plot, all woven together to create something truly wonderful.