In this mysterious and beautiful examination of a broken family, acclaimed actors, Isabelle Huppert and Gerard Depardieu play thinly disguised versions of themselves as a separated couple who journey to Death Valley after receiving a mysterious letter from their dead son in the expectations that he will appear to them at a certain place and time in the desert.

Valley of Love had a fairly successful festival run, getting nominated for the Palme d'Or at Cannes, which it lost to Dheepan, plus Best Actor and Best Actress nods from the Lumieres Awards. 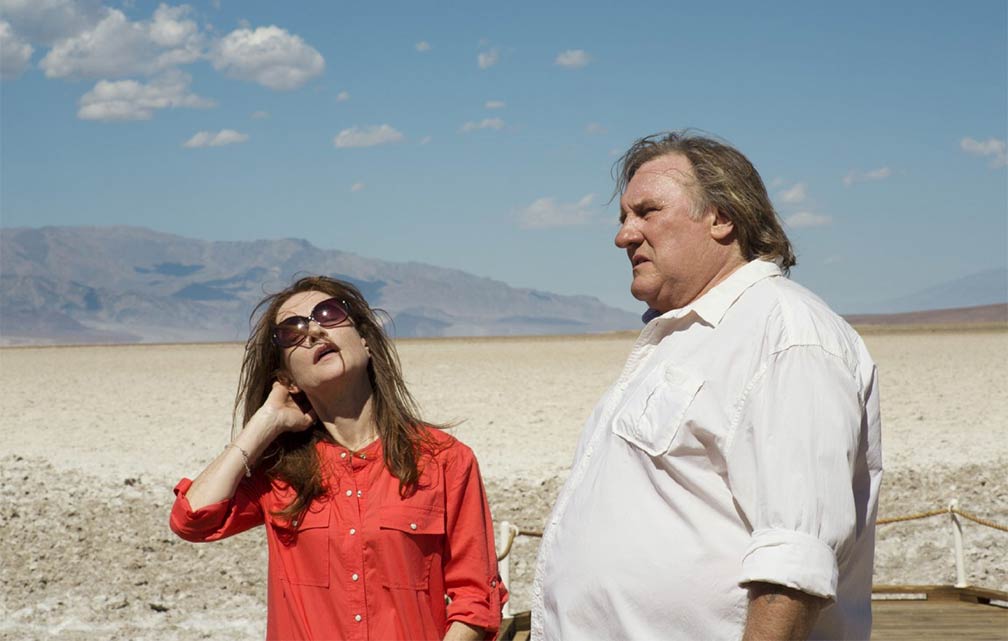 What's it with the current trend of films dealing with suicide? Besides The Big Chill, I am having a hard time remembering one that got very far theatrically. It's not that the stories aren't good, I'm sure they have to literally excel to get anywhere beyond depression, but a concept built around suicide is not your typical moviegoer's idea of escape. So now we have the Valley of Love trailer that, with the help of the score "The Unanswered Question" by Charles Ives, feels absolutely depressing.

Isabelle Huppert and Gérard Depardieu are typically fantastic -- though Depardieu's range of roles is enough to make Johnny Depp blush -- and we have no doubt that they carry the story behind Valley of Love with terrific acting and dialogue. Just watch the latter half of the trailer and you can sample the expertise of these two leads. I'll however watch the rest of the film in the comfort of my own home.