The trailer for Valentine's Day.

The lives of ten people in Los Angeles intersect on Valentine's Day.

Julia Roberts' paycheck for this film equates to nearly $12,000 PER WORD! She was reportedly paid $3 million, and she only says 241 words in the whole movie. Wow.

Anne Hathaway, Hector Elizondo, Larry Miller and Kathleen Marshall, all worked together in The Princess Diaries. 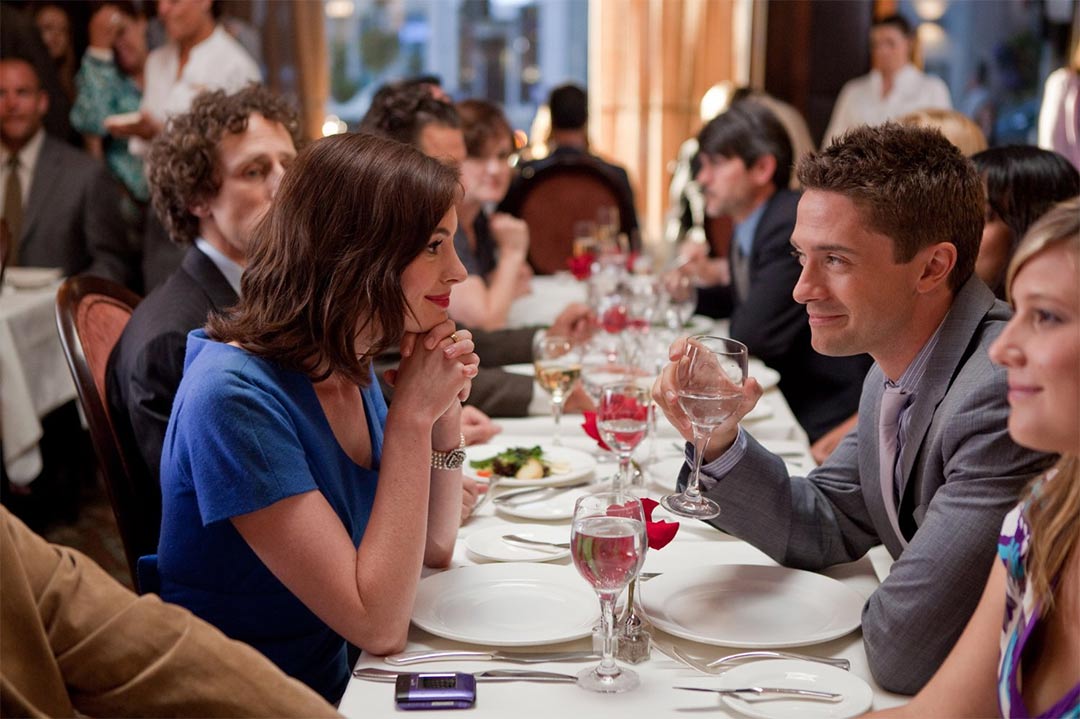 I love a film where plot lines are woven together to create one story. I'm also a sucker for a romantic comedy, so Valentine's Day is always going to be a winner for me, even though I hate Valentines Day itself.

The cast list reads like a who's who, including Bradley Cooper, Julia Roberts, Jessica Biel, Anne Hathaway, Taylor Swift, Taylor Latner, Topher Grace, Patrick Dempsey, Jamie Foxx... I could go on and on.

The plot isn't given away at all in this trailer, except that it's Valentine's Day and Jessica Biel is spending it with her dog. As if. Of course, with ten couples the focus in one movie, it's near impossible to actually give much away in a short trailer, but I suspect this movie needs to be seen to be fully appreciated.

There are a lot of plotlines to follow in Valentine's Day, but I guess it stops the movie from becoming dull. Interestingly, it was the amount of plotlines that made the critics pan the film.

It might not have fared too well with critics, and Julia Roberts might have been hideously overpaid, but it's rare to find an ensemble movie with such huge names, that genuinely looks to be a fun, heartwarming film. Valentine's Day was a massive box office success, and it's easy to see why.