Red band trailer for Unfinished Business that 20th Century Fox is calling the "final" trailer for the film; at least in R-rated format. And, speaking of, this preview is the third R-rated release for the film.

A hard-working small business owner and his two associates travel to Europe to close the most important deal of their lives. But what began as a routine business trip goes off the rails in every imaginable - and unimaginable - way, including unplanned stops at a massive sex fetish event and a global economic summit.

Actors Tom Wilkinson and Sienna Miller each worked with Dave Franco’s brother, James Franco, in previous films. Wilkinson was in Good People (2014) and The Green Hornet (2011) and Miller starred with him in Camille (2008) and Interview (2007).

The poster for Unfinished Business depicts a business suit with a glass of beer in place of a person. It is an homage to the poster for Thank You for Smoking which features a business suit with a cigarette in place of a person. Unfinished Business had a reported budget of $35 million, with principal photography held in 2013, reshoots held in 2014. The film only earned about $10 million at the box office. 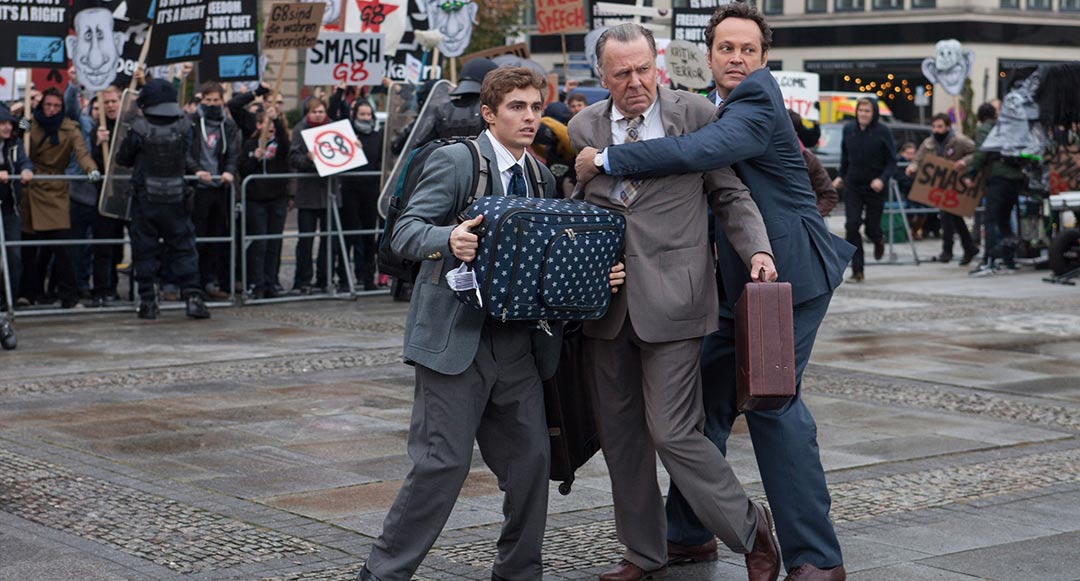 The trailer for Unfinished Business reminds us all that not every Vince Vaugh comedy is going to be winner. Vince Vaughn and Dave Franco, I can understand being paired up in a raucous comedy with plenty of swearing and debauchery, but why is Tom Wilkinson there? The whole thing feels a bit stilted and not a lot of fun.

Unfinished Business follows the three men on a business trip which results in wild and crazy times because apparently it is impossible for actual business to get done in a comedy like this, especially if Vince Vaughn is in charge. Even Vaughn’s typical rapid pace dialogue and energetic performance seems slowed down in this one like he was calling it in the whole time. Maybe Dave Franco filled in for his brother because he didn’t even care enough to be in Unfinished Business.

To be fair to Dave, the guy has his own brand of odd humor but the character he is playing doesn’t seem to make a lot of sense. Is he slow? Naïve? Does anyone in the film even know what’s going on or is this just one of those movies that went through so many rewrites that the entire movie is unfinished business of its own. No matter the reasoning behind it, the trailer for Unfinished Business did not make me laugh, it just made me feel sad for the actors and bored with the entire comedy genre that includes straitlaced guys cutting loose and wreaking havoc while desperately trying to squeeze out any cheap joke they can.