The trailer for The Twilight Saga: Eclipse.

Bella Swan is reunited with the love of her life (and vampire), Edward Cullen. Her life is back to the way it was before the Cullens' left, except for one major thing. Before Edward left, Bella had not considered Jacob Black (werewolf) her best friend, and she is in vain trying to make Edward and Jacob to make peace and be friends. She is torn between the love she feels for Edward, and the strong friendship between her and Jacob. Can she make them see sense, and can they be good too each other to keep from hurting Bella?And there's new dangers lurking around in the corners, Seattle is stalked by massmurders beyond humanity. Who's behind this, and what connection does it have with Bella?

To maintain the Bella Swan look, Kristen Stewart wore a wig for Eclipse. She had cut her hair for the film The Runaways (2010) in which she played Joan Jett who had a short, black, choppy hairstyle. Dakota Fanning who also appears in Eclipse starred alongside Stewart in The Runaways as Cherie Currie. Rachelle Lefevre played the character of Victoria in the first two Twilight films.

Summit Entertainment, the studio who produces the films dismissed Lefevre from the third film as she had a scheduling conflict with another film she was working on, Barney’s Version. The role of Victoria was given to Bryce Dallas Howard. The budget for Twilight: Eclipse was $68 million. The film earned over $83 million in the USA on the first weekend. The final box office numbers domestically were a staggering $300,531,751. 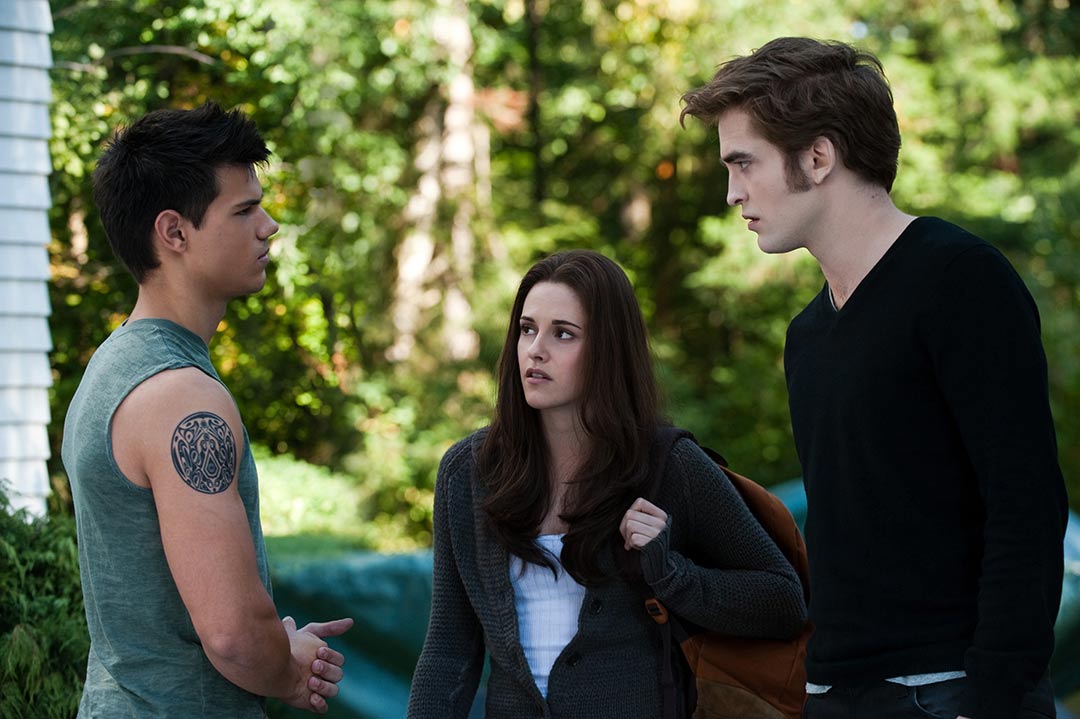 The music for the trailer to The Twilight Saga: Eclipse is so dramatic, it is like the editors are telling us the story is really intense and we should just trust them that the stakes are exceptionally high this time.

Eclipse is the third film in the series, so things are getting crazy for Bella Swan and the emotional boys who love her. This one must really amp up the love triangle because it seems to be a key component of the trailer. Edward is still all sparkly and emoting as little as possible because he is a brooding vampire and all, so he doesn’t really need to become a great conversationalist or anything. He has been around the block a little too long to have to prove his love to a girl in high school, he has done plenty in the previous films. She should get it by now. Then there is Jacob, the werewolf who is slightly less brooding but still on par with Edward in terms of his emo characteristics, so much so he actually says the words, “I’m going to fight for you until your heart stops beating”.

Is that supposed to be romantic? It seems a bit like something a stalker who keeps ropes and machetes in their trunk would say, but who can question the love of a werewolf? There is some other stuff going on in the trailer too with Dakota Fanning showing up, but it is hard to remember the intricacies of who is trying to kill who and why the werewolves and vampires hate each other, not to mention everything else. The trailer for Eclipse manages to get some action in there just by having characters jumping around in the forest and plenty of romantic rumination by Bella to please any Twilight fan, whoever you are.