Pop culture scholar Andrew (Jason Sudeikis) comes to Maine to interview Hannah (Rebecca Hall), the protective widow of an acclaimed singer. When the unlikely pair strike a deal to co-write a biography, Andrew finds himself clashing with a cast of locals, including Hannah’s hunky suitor (Joe Manganiello) and her loving but defensive parents (Blythe Danner and Richard Masur). When Hannah and Andrew's stormy partnership blossoms into an unexpected connection, they face the possibility that the next chapter in their lives may involve each other. Dianna Aragon and Griffin Dunne costar in this startlingly funny and sweetly romantic tale of moving on and finding love in the unlikeliest of places.

The writer and director duo Shawn Mewshaw and Desiree Van Til first offered the part of the lead character, Hannah, to actress Sarah Polley. She made a polite pass on the project, which led to the role going to Rose Byrne. Byrne was attached to the project for three years but due to other scheduling commitments, she was unable to play Hannah once it was time to film. The role eventually went to Rebecca Hall.

Griffin Dunne and Richard Masur appeared together before in the film My Girl (1992) Dunne played a teacher who the main character Vada (Anna Chlumsky) had a crush on. Masur played Vada’s uncle. The two actors did not share any scenes together throughout the entire film. 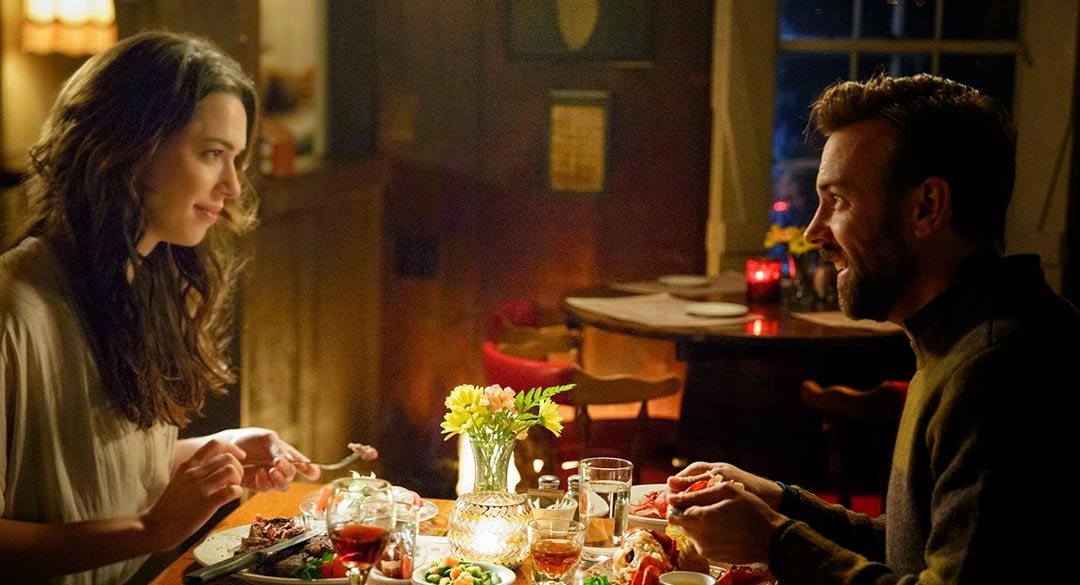 Rebecca Hall and Jason Sudeikis are each fantastic on their own, so to get a film that stars the two actors, I am on board even before seeing the trailer. Lucky, the trailer for Tumbledown furthers my excitement by giving us a sweet, sentimental, but also a very funny film that I am sure will not be a waste of two such talented stars.

The trailer reveals Hall’s character as a woman who has lost her singer husband and wants college professor, Sudeikis to help her write a book about his life, and soon romance blooms. The trailer explores so many of the themes of the film such as losing a loved one and needing to gain closure through creative outlets and the support of family, friends, and new romantic interests.

The best part of Tumbledown is that the romance between the two leads feel organic and not like a forced Hollywood romance. Blythe Danner, Joe Manganiello, and Dianna Agron round out the cast, but I was also pleased to see the underused Griffin Dunne in the trailer.

The writer and director of Tumbledown each have few credits to their respective names, so we don’t really know what to expect regarding tone and quality. I do think Tumbledown is filled with enough talented actors and a compelling story to be reminiscent of a Lynn Shelton film (Your Sister’s Sister), and that and a well-made trailer, are reason enough for me to watch Tumbledown.