Film follows a gang of criminals who also happen to be corrupt police officers. In order to satisfy demands of the Russian mob, the gang's only solution is to kill one of their won. Preview also introduces the film's ensemble cast.

The "Review" trailer for Triple 9 shows just what a studio can do if they want to surge their marketing the week of a film's theatrical release. Open Road Films has released not one but two new special trailers for the film on the same day, starting with the "Unthinkable" trailer. While that trailer served as a final featurette, allowing the cast to speak about the film to the audience directly, the "Review" trailer picks up the momentum and focuses on thrilling footage with [tons of] critical acclaim. 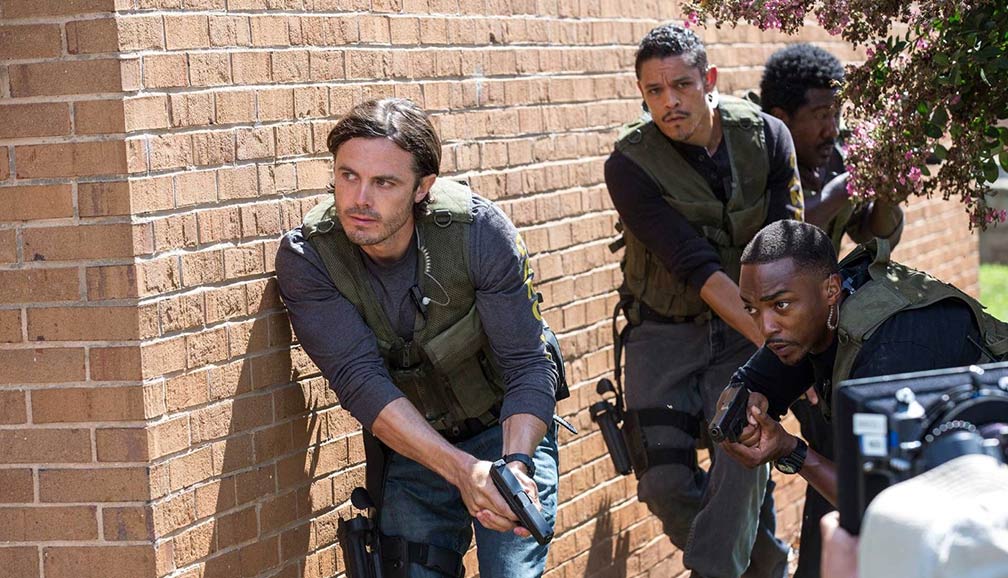 While we can only laugh at the idea that we had a "final" trailer for Triple 9 two trailers ago, we also have to admit that this shorter preview might be our favorite of the entire set. It begins with a much more thrilling sequence, jumps into some creepy "This Little Piggy" music -- I'm sure you get the reference -- and quickly starts showing off cool footage in a rapid-fire, no holds barred format.

Queue Woody Harrelson saying, "Out monster the monster...", a constant theme in Hillcoat films, bring on Cypress Hill's "Pigs", toss in some critical acclaim, and blow all that up with some action. Feels very Michael Bay, but a whole bunch more gritty; and less er, robot-ey.

We'd typically say we've seen everything we need to see by the third or fourth trailer, but this sixth preview for Triple 9 is definitely trying something new and it's working. Our only complaint is that Open Road should have gone out with one final red band version.