Twenty years have gone by.

Much has changed but just as much remains the same.

Mark Renton (McGregor) returns to the only place he can ever call home.

They are waiting for him: Spud (Bremner), Sick Boy (Miller), and Begbie (Carlyle).

Other old friends are waiting too: sorrow, loss, joy, vengeance, hatred, friendship, love, longing, fear, regret, diamorphine, self-destruction and mortal danger, they are all lined up to welcome him, ready to join the dance.

While the synopsis acknowledges that "20 years" have gone by since the first Trainspotting, the truth is that 21 years will have gone by. At least, by the time T2: Trainspotting hits theaters.Which is somewhat depressing if you are an 80s baby who saw the first installment in your teens. For myself, the drug-fueled drama was what shot Ewan McGregor up to one of my all-time favorite actors. All while making me never want to do drugs. Well, hard drugs at least. It was the Requiem for a Dream for the English.

The film marks a reunion for McGregor and director Danny Boyle. It turns out that the two had a falling out after Boyle decided to cast Leonardo DiCaprio for The Beach instead of him. Good timing too, as this film represents somewhat of a rarity for both individuals. In regards to Boyle, this is the first sequel he has ever done. When it comes to McGregor this is only the second time, after the Star Wars franchise, where he returned to a role. 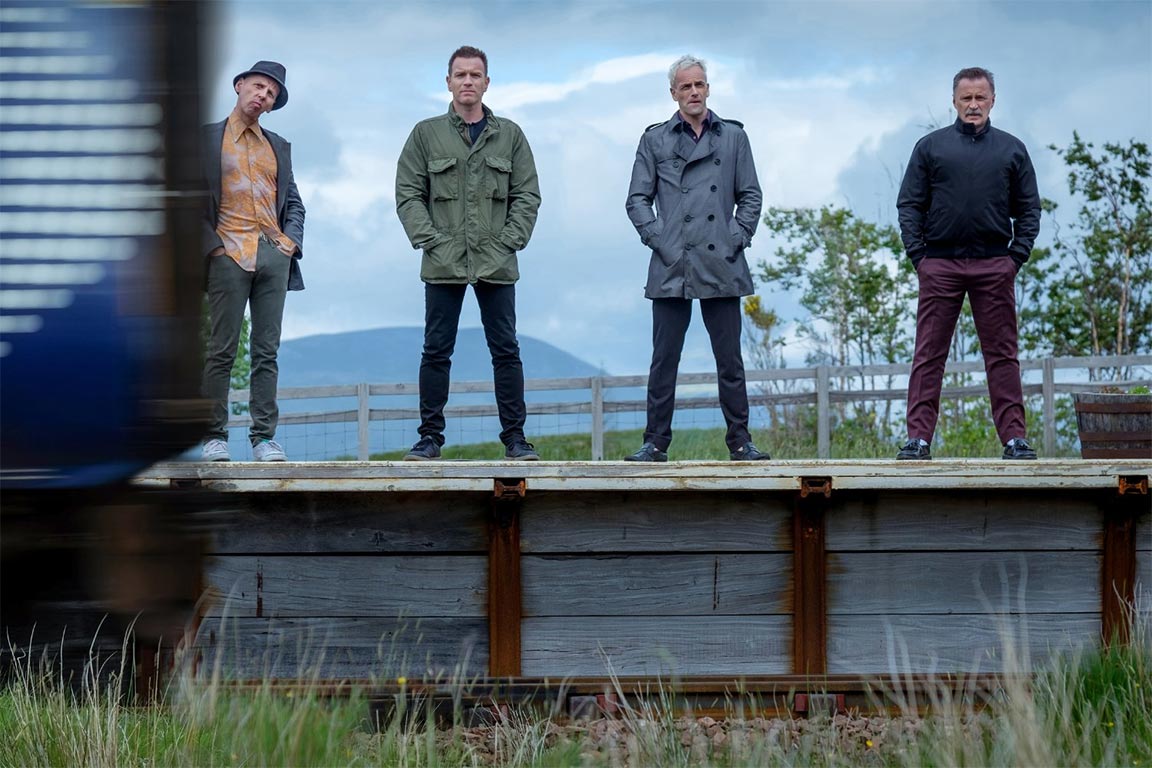 I both loved and hated Trainspotting. It was great for so many reasons, but it also had me uncomfortable for the film's entire running time. Will it be much of the same for the sequel? Well, judging by the T2: Trainspotting trailer, the film's concept has definitely been updated and upscaled; at least in regards to the film quality. No home video visuals this time, but that doesn't mean the sequel has lost the first installment's er, formula?

Yes, the first third of the trailer promises something different, but that quickly slides out of control once all our primary characters are re-introduced. This time Ewan McGregor's Renton seems like the source of grounding for the rest of the characters. But, then again, we saw him slide into oblivion in the first installment. So is that the moral? No matter how far you run, one wrong step and you're back off the wagon?

It definitely seems like a point Danny Boyle is wanting to make. Or maybe the director just loves stoking trippy visuals with some of our favorite stars from the United Kingdom.

A message that Danny Boyle pushes is a great one. In a world of addiction, is it fair to judge drug addicts when most of the population is addicted to social media? Making this story far more relevant than we would have guessed, Boyle (through McGregor's Renton) does one helluva job reminding audiences that, in one way or another, these characters might be relatable. The trailer finishes by somewhat giving the moral of the story away.

With so much out there to become addicted to, just remember to choose life. Holy... That's deep. And count me in!

And, yes, it is strangely euphoric seeing the gang back together. I just wish Kevin McKidd's "Tommy" could have made it back for the sequel. What happened to that character again?