The trailer for Tooth Fairy.

When a pro hockey player, nicknamed the Tooth Fairy for his ability to knock out other players' teeth, dashes the hopes of a young boy, he is ordered to one week's hard labor as the real Tooth Fairy.

Tooth Fairy was first developed nearly two decades prior in 1992 with the intention of Arnold Schwarzenegger to play the lead role. In 2012, a direct-to-video sequel was released with Larry the Cable Guy sporting the wings as the title character.

Director Michael Lembeck helmed the similarly themes The Santa Clause 2 and The Santa Clause 3:The Escape Clause, though he did not direct the original 1994 The Santa Clause. Tooth Fairy was made for an estimated $48 million. Its hefty budget was able to be recouped as the film made over $60 million at the box office in the United States. 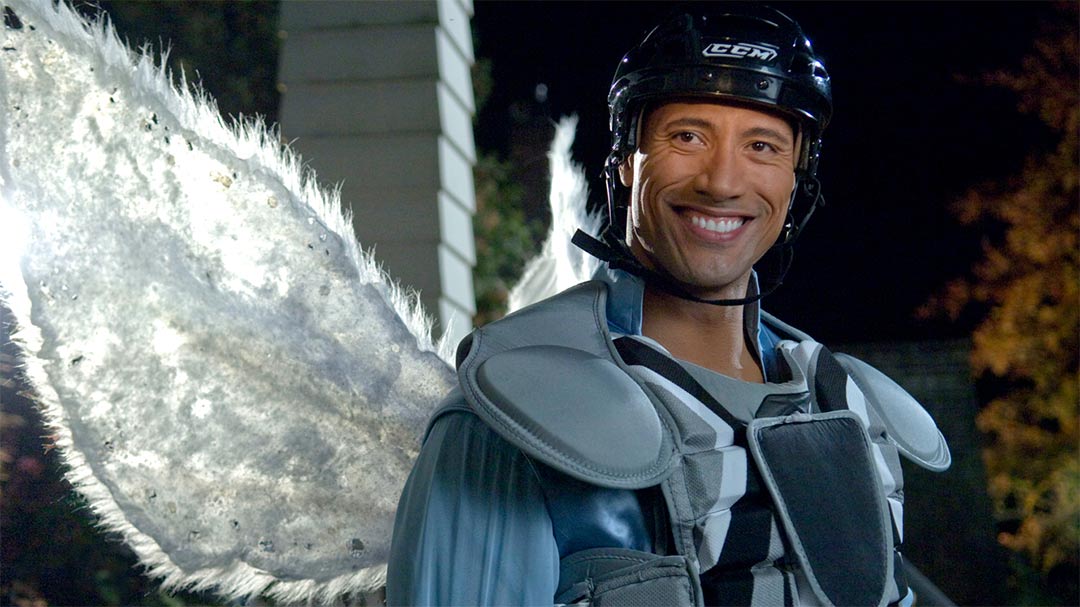 The family movie Tooth Fairy looks like it was dreamed up by someone on nitrous oxide undergoing a root canal. Since unpleasant grown men who are forced to fill the shoes of a fantasy figure worked so well in The Santa Clause and its sequels, we get a movie about the tooth fairy. Since Dwayne Johnson plays a hockey player, an activity known to knock out a few teeth, and because he is not a nice guy and disrespects the power of the tooth fairy, he becomes one.

It seems to me it's not best way to recruit a new person to enter the room of sleeping children to take their baby teeth in exchange for a few quarters, they should find someone that doesn’t resemble a bull in a china shop so much. Then again they are giving perfect good money in exchange for crummy old teeth, what do they know about good business? But there is the moral of the story involved because it is a family film and the point is to transform the enormous tough guy into a big softy and understand the errors of his way. Billy Crystal pops up as the Q of the fantasy world with a bunch of neat gadgets for The Rock to shrink himself and provides ways to stave off house cats. Of course, if the guy is going to be accepting the job as Tooth Fairy, he is going to do it his way and since a behemoth of a man hovering over a small child in the night isn’t frightening enough, he throws on some hockey gear.

The trailer for Tooth Fairy includes The Cars tune “Just what I needed”, to give it a little more fun and whimsy while it mentions believing in magic, or rather suspending all disbelief and reason to check out a movie as silly as Tooth Fairy. It is all harmless fun and probably works just fine for the little ones but for everyone else? Not so much. At least Julie Andrews is there too! The trailer says, "You can't handle the tooth", which is cute and probably accurate.