Theatrical trailer for These Final Hours.

In this apocalyptic drama, James is a troubled young man on a mission. He’s desperate to join his girlfriend Vicky at the "party to end all parties" and numb any feelings as the world comes to an end. On his journey, however, James is greeted by a lawless and chaotic city, facing a cataclysmic event that will end life on the planet, and he discovers that getting to where he needs to be will not be easy. Along the way, he saves the life of a girl named Rose, frantically searching for her father. Out of options, James invites Rose to join him. Together they discover how they would truly like to spend their last moments on Earth in this world gone mad.

These Final Hours was only released theatrically in Australia, where the film was made. It had a limited release and made $360,234 throughout its run. Critics gave These Final Hours mostly favorable reviews, and the film is expected to receive an American remake with the same writer and director. 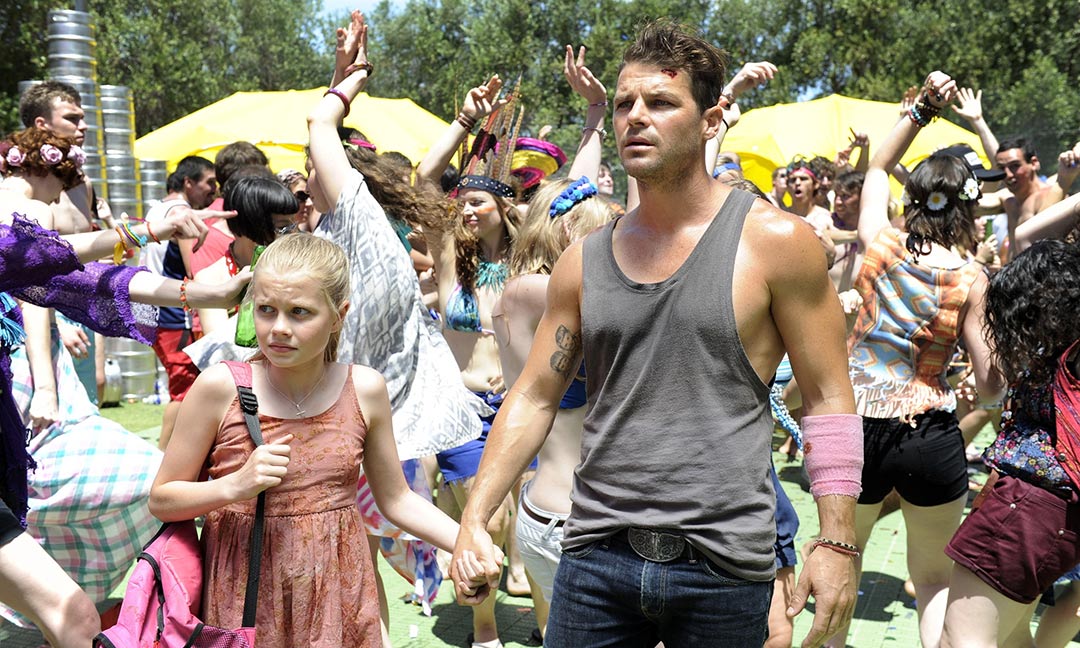 The These Final Hours trailer made me feel so many emotions in the span of just over a minute and a half that I am not sure I could handle the flood of melancholy the film is sure to coax out of me. As we have seen before, the film is about the final hours before the end of the world. The interesting aspect of this film is that it places more importance on the human nature that occurs once everyone accepts their fate, rather than a fight for survival.

The trailer has a somber mood from the beginning but once the main character (Nathan Phillips) discovers a little girl who has been captured, it reaches a whole new level. The suffering of children is always difficult to watch, but when it happens in the midst of the last hours of human existence, it shows just how despicable people can be. There is a scene in the trailer where the main character takes the little girl he has saved to a party that was intended strictly for adults, which leads to someone giving the poor child drugs. The lead becomes paternal and takes care of the situation, removing her from the party people and making the declaration that he will help the girl find her father. Suddenly the film becomes a race to beat the clock, reuniting the father with his daughter.

The composite of scenes in the trailer provides plenty of information to understand the plot of These Final Hours, but also gives the audience a fair warning that the film may not be for those delicate of stomach and soft of heart. It is not an end-of-the-world zombie movie and there is little to no hope for a happy ending. The trailer for the thriller/drama is exciting and does stir up many feelings, but I am not sure those are the feelings I want stirred up. That being said, These Final Hours provides more intrigue in a minute and a half spot than some full-length features.