The Wall is a deadly psychological thriller that follows two soldiers pinned down by an Iraqi sniper, with nothing but a crumbling wall between them. Their fight becomes as much a battle of will and wits as it is of lethally accurate marksmanship.

Doug Liman was hoping to give this sniper thriller a sense of realism. To do so, the director hired Nicholas Irving as an on-set advisor. The author of Team Reaper is a former US Ranger sniper who, as it turns out, fought in Afghanistan under the callsign "The Reaper." During his service, he was credited for 33 confirmed kills. So it's easy to see that he definitely has some experience in this matter.

Nicholas Irving is also friends with WWE Superstar John Cena, since the two work together on the reality show American Grit. We can only assume this relationship helped score both these men gigs on The Wall.

Though the film's list of credits look especially short on names, the trailer immediately makes it clear why. 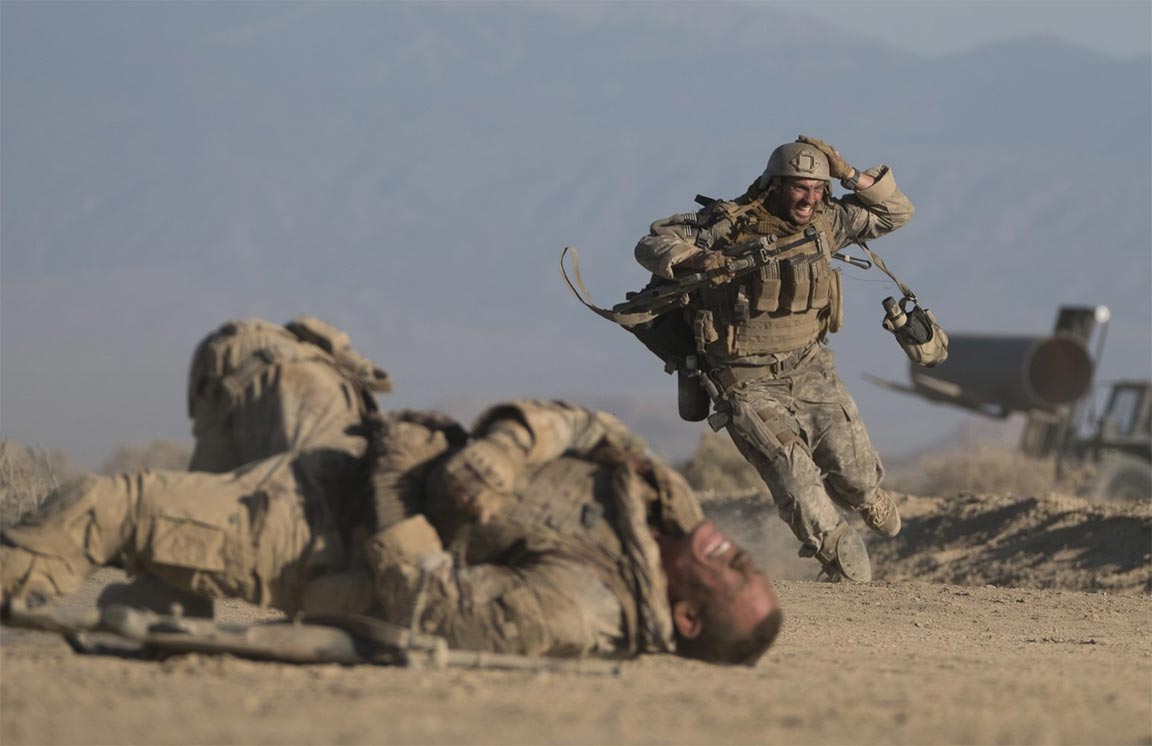 It's always good to see Aaron Taylor-Johnson in films. While we had high hopes for the actor to have a long and lucrative career with Marvel, well, we all know how that turned out. And it doesn't look like he's been working too hard to fill the void left open for him by Marvel. The actor only has two gigs in the pipeline coming our way. First up is Tom Ford's Nocturnal Animals and then this trailer for The Wall. Both films are already in post-production, which has us thinking Taylor-Johnson is just enjoying an extended vacation.

When it comes to The Wall trailer, there is a lot to like here. Maybe not enough to encourage a visit to theaters, but definitely enough to earn an early Amazon viewing. It will all come down to, you guessed it, Aaron Taylor-Johnson, and how well he can capture the audience's attention. He should be more than up for the task, and we can't help but like his er, Southern accent.

Another reason to have a Prime subscription? Possibly.