Based on Kim Jee-Woon's 2003 Korean horror film, "Changhwa Hongryon," The Uninvited revolves around Anna (Emily Browning), who returns home after spending time in the hospital following the tragic death of her mother. Her recovery suffers a setback when she discovers her father (David Strathairn) has become engaged to her mother's former nurse, Rachel (Elizabeth Banks). That night, Anna is visited by her mother's ghost, who warns her of Rachel's intentions. Together, Anna and her sister (Arielle Kebbel) try to convince their father that his current fiancee is not who she pretends to be, and what should have been a happy family reunion becomes a lethal battle of wills between stepdaughters and stepmother.

The Uninvited was originally going to be called The Tale of Two Sisters, which is the title of the original Korean film from 2003. Arielle Kebbel previously made the film The Grudge 2 in 2006, which was also a remake of an Asian horror film.

Anna’s (Emily Browning) psychiatrist is credited as Dr. Silberling. Browning played Violet in the film adaptation of A Series of Unfortunate Events (2004) which was directed by Brad Silberling.

The film was not well liked by critics as it was deemed predictable and lacked a certain bite, this may be due to the film’s tamed down PG-13 rating. The Box-Office returns were also somewhat disappointing for an American horror film, earning just over $41 million. 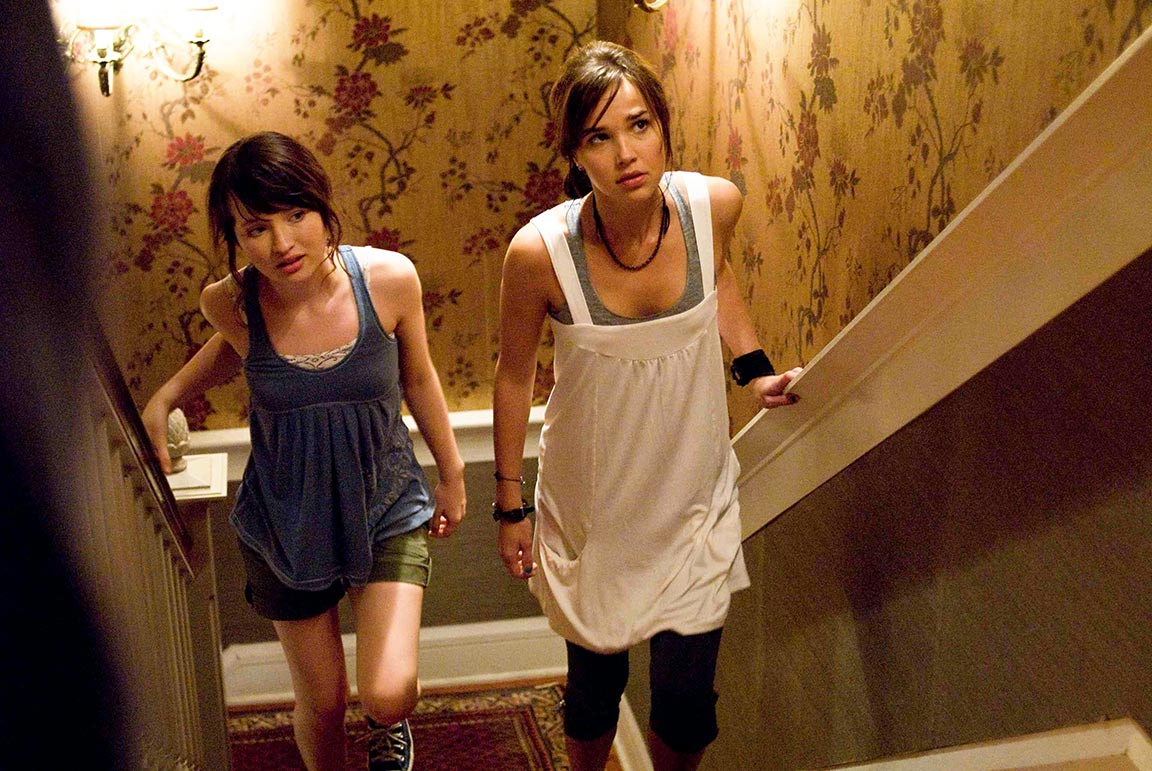 What is up with horror movies that begin with “The”? The Unborn, The Conjuring,The Innkeepers, The Collection…The list could go on and on. The trailer for The Uninvited looks like a somewhat interesting mix of a mystery with a few scares. Apparently, it is based on a Korean horror film, so it has the potential to be creepy or simply an underwhelming American remake. Emily Browning plays a teenage girl who returns home after spending some time away, only to discover that her father has a new girlfriend. The girlfriend is played by the perfection that is Elizabeth Banks. Browning’s character seems disturbed by her possible new step mommy for no legitimate reason because the way her father’s girlfriend says or does anything in the trailer could really be misconstrued by an emotional teenager, so who are we supposed to believe? The dramatic teenager also starts seeing a little ghost girl and automatically assumes she must be someone Banks killed. Talk about jumping to conclusions.

The trailer is a bit loopy and since Browning’s character seems a bit unhinged, or perhaps that is just Browning herself, audiences may speculate on the reality of all that is happening to her. The Uninvited does not spark anything exceptionally new or exciting to the horror genre but it does allude to a few good scares and a few twists and turns.