The trailer for The Stepfather. Michael Harding (Penn Badgley) returns home from military school to find his mother (Sela Ward) happily in love and living with her new boyfriend, David (Dylan Walsh). As the two men get to know each other, Michael becomes more and more suspicious of the man who is always there with a helpful hand. Is he really the man of her dreams or could David be hiding a dark side?

Terry O’ Quinn, an actor with many credits to his name but most notably from the television show Lost, starred as The Stepfather in 1987 original. The filmmakers of the remake asked him if he would like to have a cameo but he declined the offer.

The buzz saw dangling over Amber Heard’s face in the trailer for the film is not actually in the finished film. The scene had to be cut for pacing reasons but the scene is shown in most of the promotional spots and trailers. Actress Jessalyn Gilsig worked with director Nelson McCormick for another remake, Prom Night. She also worked with him and Dylan Walsh for the television show Nip/Tuck. 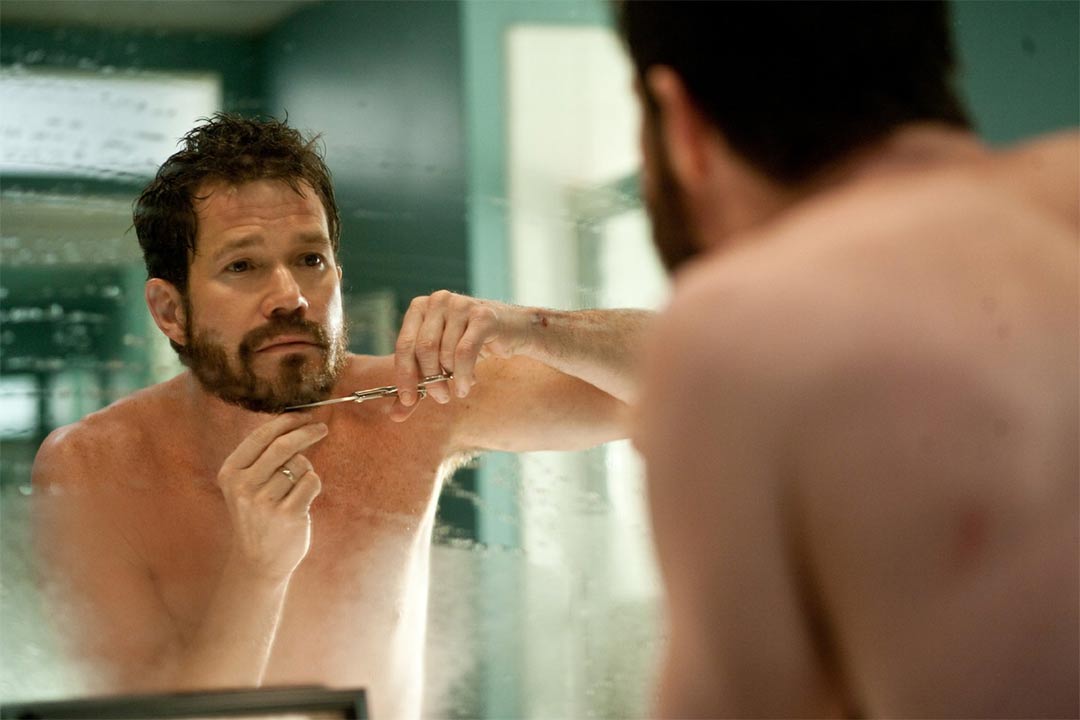 The 1987 thriller of the same name gets a glossy new remake with The Stepfather. Penn Badgley using his notoriety from Gossip Girl snags the lead as a teenager who returns home from military school to find that his mother has remarried and things are a lot different at home. How quick was that relationship that he had not met the guy before he became the stepfather? It would explain why Sela Ward was bamboozled into thinking the guy was not a psycho. Badgley returns home and notices the stepfather, Dylan Walsh, is a tad bit off and starts asking everyone around him if they can see it. For some reason, they do not see it even though he is clearly strange.

Why is it that there are so many movies that have mothers who completely disregard all of the creepy things about their new boyfriends, even though their kids can so obviously see it? The always beautiful and sexy Amber Heard plays Badgley’s girlfriend who apparently spends most of the movie in her bikini, at least when she doesn’t have power tools dangling over her face.

The trailer unravels key points of the plot, including the death of the nosy neighbor, and The Stepfather having multiple identities. I did get a kick out of Walsh’s crazy-eyed moment asking who he was supposed to be there.  There is probably not anything revolutionary about The Stepfather, but the trailer does make it look like a fun and thrilling piece of entertainment.