Teaser trailer for The Social Network.

Mark Zuckerberg originally planned never to see The Social Network. He went back on his decision though, and said that although there were some inaccuracies, the movie did at least get his clothing right.

Natalie Portman threw a dinner party for Aaron Sorkin and invited her fellow Harvard Graduates. She had been a student at the prestigious college when Facebook first started, and she wanted to give Sorkin insider info on what life had been like.

Jesse Eisenberg and Andrew Garfield became good friends during filming. Because of this, both said it was exceptionally hard to portray rivals on screen.

Justin Timberlake was the only actor who met his real life character, Sean Parker, before filming began. 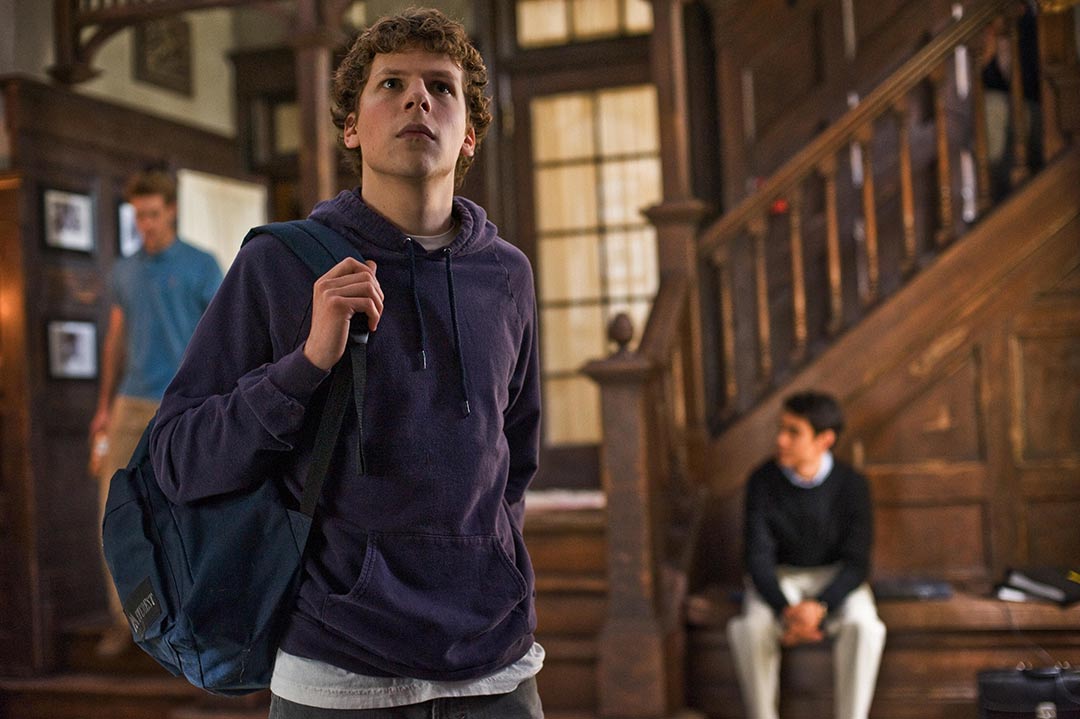 We all use Facebook and, love it or loathe it, we can all acknowledge that it's a useful tool and an exceptionally smart invention. Of course, we all wish we had come up with the idea.

Someone did, though, and that someone was Mark Zuckerberg, who went on to make billions from the social networking site. He wasn't alone in his endeavors though, and had help from friends and fellow Harvard students, Eduardo Saverin and Sean Parker.

Relations between Parker and Zuckerberg remained strong as their site built at a rapid rate, and Parker was appointed Facebook's founding president. However, the friendship between Zuckerberg and Saverin broke down, and Saverin eventually took Zukerberg to court in a multi-million dollar legal battle.

The Social Network might not be entirely accurate, and of course, elements of Zuckerberg's story are embellished and dramatized in order to make us watch, but it is an interesting movie. The brief teaser above actually gives us no visual look at the movie but rather focuses on the actual plot of the movie, giving us various lines from the actors. It's okay, but I would have liked some visuals to go on.

Possibly Sorkin has chosen for the teaser to be this way in order to entice us more. Possibly he wants us to focus on what the movie is about rather than whether the actors involved look like their real-life counterparts, I don't know. All I do know is I am intrigued, and I want to see more.