The Ruins is based on the book of the same by Scott Smith where a group of tourists travel to a remote part of Cancun. These six friends go to an archaeological dig off the beaten path. They end up finding a path that leads then to some ruins and there they find something evil.

The film is based on a novel of the same name by Scott B. Smith. The concept of the group of tourists entering Mayan ruins specifically was something created for the film by the director.

The Ruins was shot in Australia during the winter but is set in Mexico during the summer time. The actors had to endure the cold temperatures while filming but had heavy coats nearby for when the camera stopped rolling. 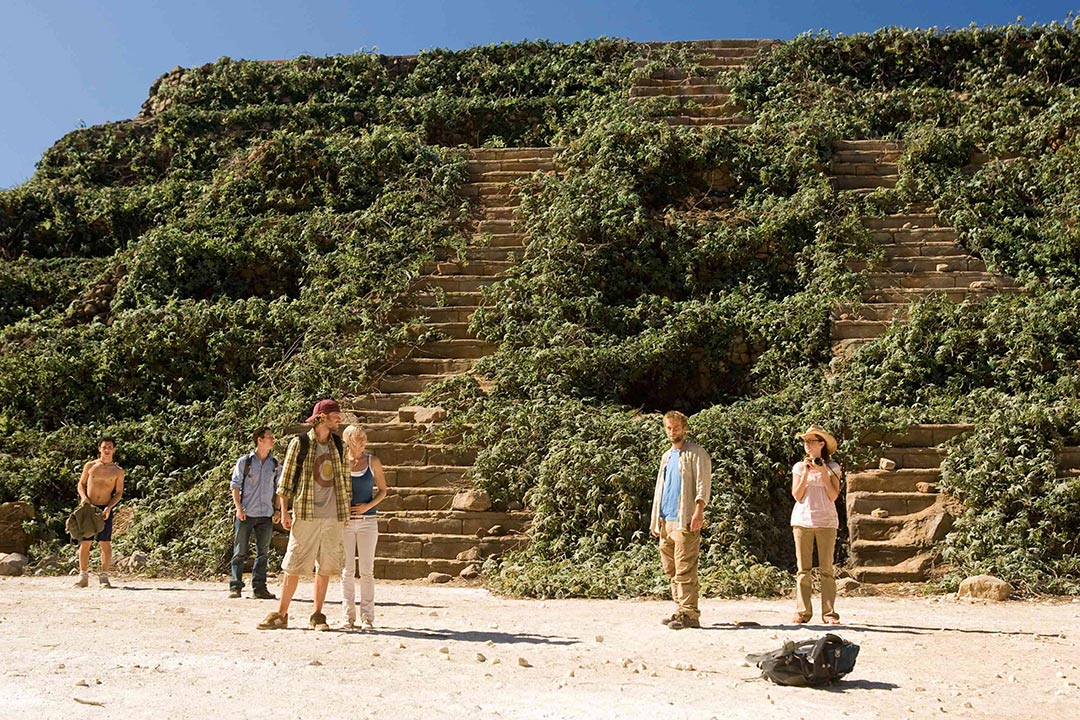 The Ruins trailer has the poor choices of The Descent with the ickiness of Cabin Fever, what’s not to love? The young group of adventurers ignore all common sense and decency for the dead and decide to check out some ancient ruins because apparently they are either so self-involved they could never imagine something terrible happening to them while traipsing through the resting place of ancient folks, or have never seen a horror film, ever! Or both.

The group of dummy tourists is fairly large, which just means there is going to be plenty of gory deaths in various ways to go around. It seems like only having two or three friends in these movies would be a waste, because how are the filmmakers going to space out the horrific fates in a well-paced fashion? The characters wander the forest confused that the creepy natives aren’t welcoming them with open arms, but decide to move forward on their archaeological dig. One of the natives shoots one of the tourists with an arrow and one of the characters asks why he did that. What? The characters are being violently attacked and the girl wants to know why they can’t all just get along?

Let us not forget the creatures crawling within one of the nosy tourists, or what she thinks is a creature crawling in her skin that is most likely all in her head. The best part about these movies is that audiences can root for the slow torture and deaths of these characters who have no understanding of anything beyond them wanting to see something neat. The cast has a few familiar and likeable actors like Jena Malone, Jonathan Tucker, and Shawn Ashmore. If only for the guarantee of watching each of these mindless characters getting eliminated one by one, The Ruins is worth checking out.