The trailer for The Reader.

The Reader opens in post-WWII Germany when teenager Michael Berg becomes ill and is helped home by Hanna, a stranger twice his age.  Michael recovers from scarlet fever and seeks out Hanna to thank her.  The two are quickly drawn into a passionate but secretive affair.

Michael discovers that Hanna loves being read to and their physical relationship deepens.  Hanna is enthralled as Michael reads to her from  “The Odyssey”, "Huck Finn", and “The Lady with the Little Dog.” Despite their intense bond, Hanna mysteriously disappears one day and Michael is left confused and heartbroken.

Eight years later, while Michael is a law student observing the Nazi war crime trials, he is stunned to find Hanna back in his life – this time as a defendant in the courtroom.  As Hanna’s past is revealed, Michael uncovers a deep secret that will impact both of their lives.  The Reader is a haunting story about truth and reconciliation, about how one generation comes to terms with the crimes of another.

The Reader stars Ralph Fiennes, David Kross and Kate Winslet, and is directed by Stephen Daldry (the Academy Award nominated director of THE HOURS), from a script by David Hare, and based on the award winning novel by Bernhard Schlink.  Schlink’s The Reader has been translated into 39 languages and was the first German novel to reach number one on The New York Times Bestseller List.

The Weinstein Company will release The Reader in theaters on December 10, 2008 in New York, Los Angeles and San Francisco. The film will expand on December 25, 2008 and open nationwide on January 9, 2009.

In 2005, Kate Winslet appeared in Ricky Gervais' TV series, Extras. Playing 'herself', Winslet told Gervais' character that she was going to do a film in which she played a Nazi, since Nazi films guaranteed an Oscar win. At the time, Winslet had been nominated four times but had never won. She went on to play a Nazi in The Reader and did indeed win the Oscar for Best Actress.

Winslet originally turned down the role due to filming Revolutionary Road, so Nicole Kidman was cast instead. However, by the time Kidman finished filming Australia and could start work on The Reader, she was pregnant. Winslet was now available and so stepped into the breech.

The Reader is the first English-speaking role for German David Kross, who plays Michael.
To avoid legal problems, the filming of any sexually explicit scenes had to wait until after David Kross turned 18. 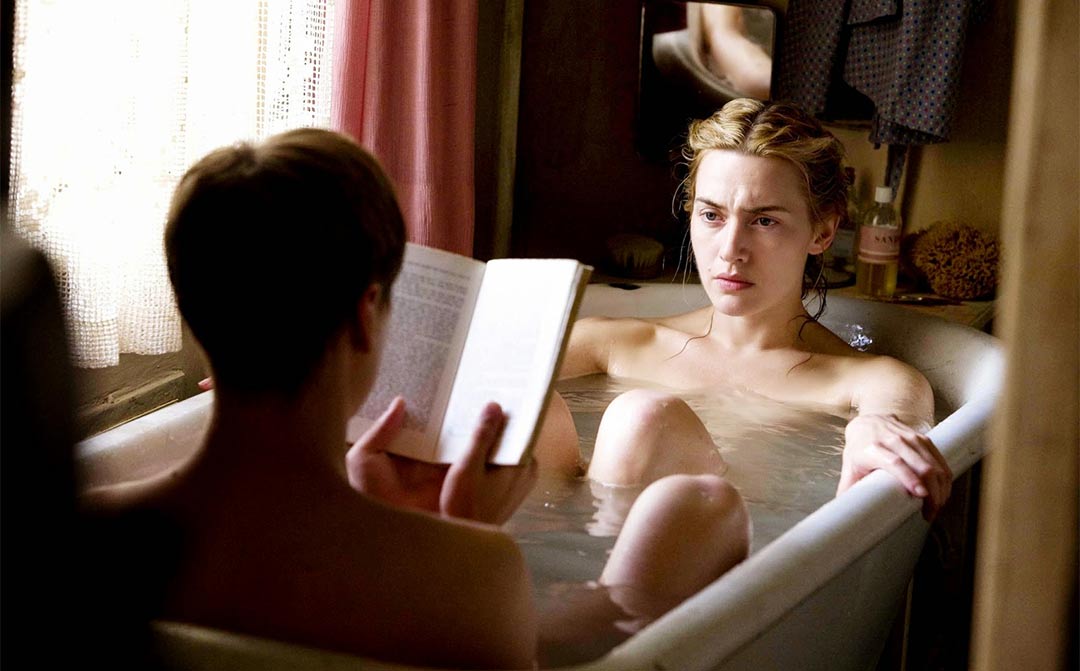 The atrocious events of the Holocaust during World War II are always an emotive subject to deal with. Over the years, several films have focused on this period of history and all have been films that stay with you long after the end credits have rolled.

The Reader also focuses on World War II, but it's an intriguing tale and presents perhaps a different side to Nazi's than we prefer to think about. Hanna Schmitz (Kate Winslet) starts up a passionate affair with a boy half her age. The intense relationship lasts for one summer before Hanna abruptly disappears. Fast forward eight years and Michael, the young lover, is now a law student, and still thinking about Hanna.

Their paths cross again when Hanna appears in court charged with war-crimes, trying to defend herself against her Nazi beliefs and actions during the War years.

For me, the emotively difficult aspect of the movie is this; Hanna was a good woman, passionate, capable of being loved and of being a lover...so when it's discovered she is a Nazi, does that automatically mean she is evil? It's such a tough call, because clearly her actions are wrong, but then again she was still a human, with a heart. It's a lot to think about.

The Reader is beautifully, artfully shot. Winslet, Kross, and Ralph Fiennes are all stunning and the film as a whole just works so well. As you will see from the trailer, the cinematography is incredible and the vivid, bright colors that play during the course of Michael and Hanna's affair are then replaced by muted browns and grays, and dull blues and greens when the courtroom scenes take place, It's a simple move but a clever one and its touches like these that elevates The Reader from being a good film to being truly outstanding.