Based on author David Grann's nonfiction bestseller, The Lost City of Z tells the incredible true story of British explorer Percy Fawcett (Charlie Hunnam), who journeys into the Amazon at the dawn of the 20th century and discovers evidence of a previously unknown, advanced civilization that may have once inhabited the region. Despite being ridiculed by the scientific establishment who regard indigenous populations as "savages," the determined Fawcett -- supported by his devoted wife (Sienna Miller), son (Tom Holland) and aide de camp (Robert Pattinson) -- returns time and again to his beloved jungle in an attempt to prove his case, culminating in his mysterious disappearance in 1925.

This "true story" might get the award for longest development time. Director James Gray was hired by Paramount Pictures to adapt David Grann's book back in February of 2009. Showing patience, Gray stayed on through casting mishaps and other production stumbles, with filming finally beginning on August 19, 2015. Along the way Brad Pitt was cast to lead. He dropped out. Then Benedict Cumberbatch was cast to star, but he also dropped out when the delays in production caused scheduling conflicts for the actor. We can only assume he chose to rather play Doctor Strange than this historic character.

And it looks like a solid career choice by these two and other supporting cast. The Lost City of Z screened at the 54th New York Film Festival to rave reviews. The film currently has a 90% on Rotten Tomatoes. Strong enough feedback to make the film an easy distribution acquisition for Amazon Studios and Bleecker Street, who are sharing domestic responsibilities.

Robert Pattinson plays the character Corporal Henry Costin. He can be spotted in this teaser trailer, you just have to look hard enough. 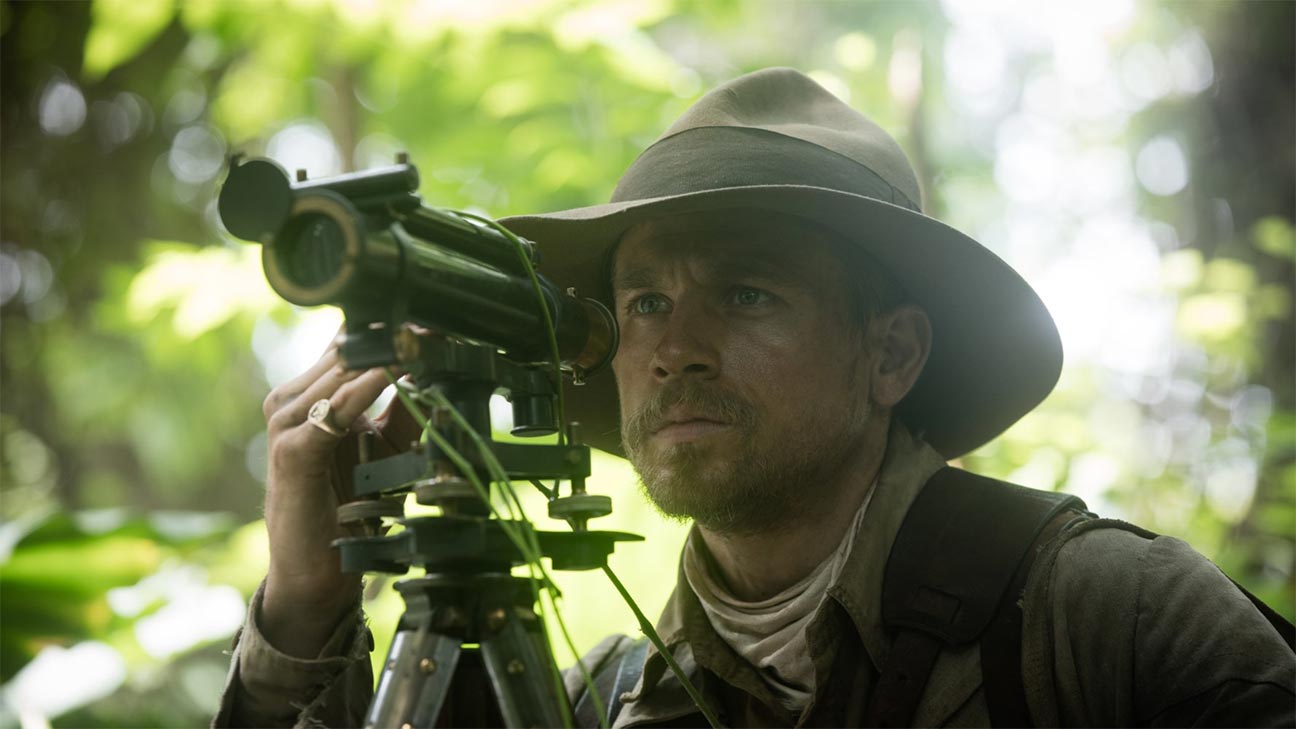 Considering that The Lost City of Z teaser trailer is without a doubt a teaser, it's hard to make any first impressions. James Gray seems to have a handle on how to properly film in the lush Amazon, showcasing the beauty and dangers all in a single shot.

There's not much more to go on that that, save for some narration that attempts to explain Percy Harrison Fawcett's heightened drive to find the mysterious city -- destiny is it? -- which might have actually existed after all.

A good start, but hard to make a real judgment until we get the full trailer.