Trailer for The Lobster.

A love story set in the near future where single people, according to the rules of The City, are arrested and transferred to The Hotel. There they are obliged to find a matching mate in 45 days. If they fail, they are transformed into an animal of their choosing and released into The Woods. A desperate Man escapes from The Hotel to The Woods where The Loners live and falls in love, although it is against their rules.

The film’s small budget made it necessary to cut corners in production, but the filmmakers were able to use that to their advantage. The production used almost entirely natural light and the actors did not use make-up. The only time lighting was used was during night scenes.

Australian actor, Jason Clarke was originally cast in the lead role of David, the man who wants to be a lobster. However, scheduling conflicts with his many projects did not allow him to be free for filming and the role was given to Colin Farrell. Lea Seydoux and Ben Whishaw appear in The Lobster together but also appeared in the film James Bond movie, Spectre. Both films were released in 2015. 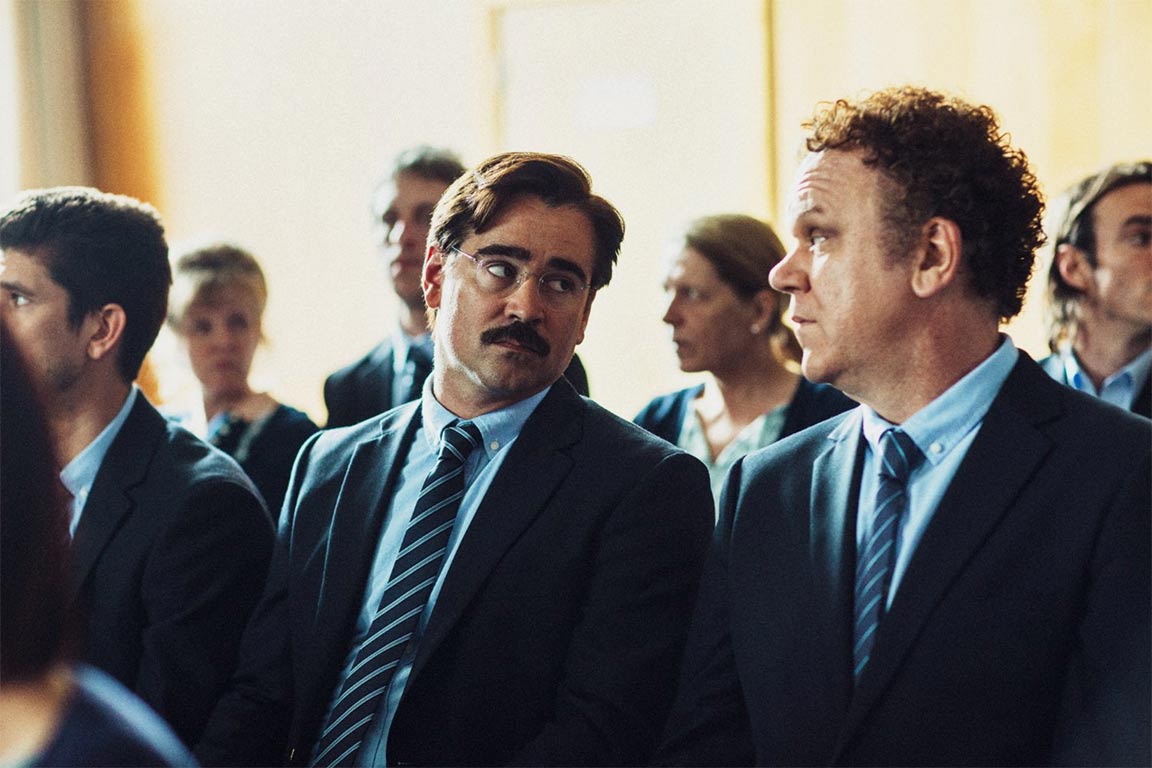 The trailer for The Lobster is absolutely bonkers in the best possible way. Colin Farrell plays a man who has recently become single and now needs to fall in love again or he will turn into an animal of his choosing. Apparently in the future, that is what happens to single people. As if it is not tough enough to find the love of your life and have a decent relationship, suddenly there is a threat of magically becoming an animal and living in the wild. Farrell’s character goes to a facility that is basically like a resort for singles to mingle and hopefully fall in love to stave off the whole animal thing. Luckily, Rachel Weisz is also there and who wouldn’t immediately fall in love with Rachel Weisz? Sure hope she loves that smarmy charm of Colin Farrell so they can walk off into the sunset on two legs.

The plot of The Lobster is a bit wacky and there are some especially amusing moments including Farrell’s character’s dog is actually his brother who was unable to find love. Farrell’s character would prefer to be a lobster, which is not the most obvious choice but maybe he just really likes the ocean. The trailer for The Lobster is charming, funny, and just unique enough to be something special.