he year is 1204. Norway is torn apart in a Civil war. With the help of the Birch Legs, the Norwegian King is fighting for survival against the Church’s Bishopsmen, who will use any means available to obtain victory. While the King is on his death bed, his only remaining heir is guarded in deep secret. A boy who half the Kingdom wants dead, but two men will sacrifice everything to protect. The two Birch Legs warriors Skjervald and Torstein set on a perilous journey through the harsh Norwegian winter landscape in order to rescue the two-year-old future king from a terrible fate.

Covering three different Norwegian kings, The Last King was also sure to include Jarl "Håkon the Crazy". The only problem was that they had to change his name, as having two characters named Håkon would likely confuse domestic audiences, who would already be having issues keeping up with the unfamiliar names. Instead they named the character Gisle.

Though Magnolia Pictures is handling the domestic marketing of The Last King, starting with this trailer, most of the distribution overseas was handled by Trust Nordisk. 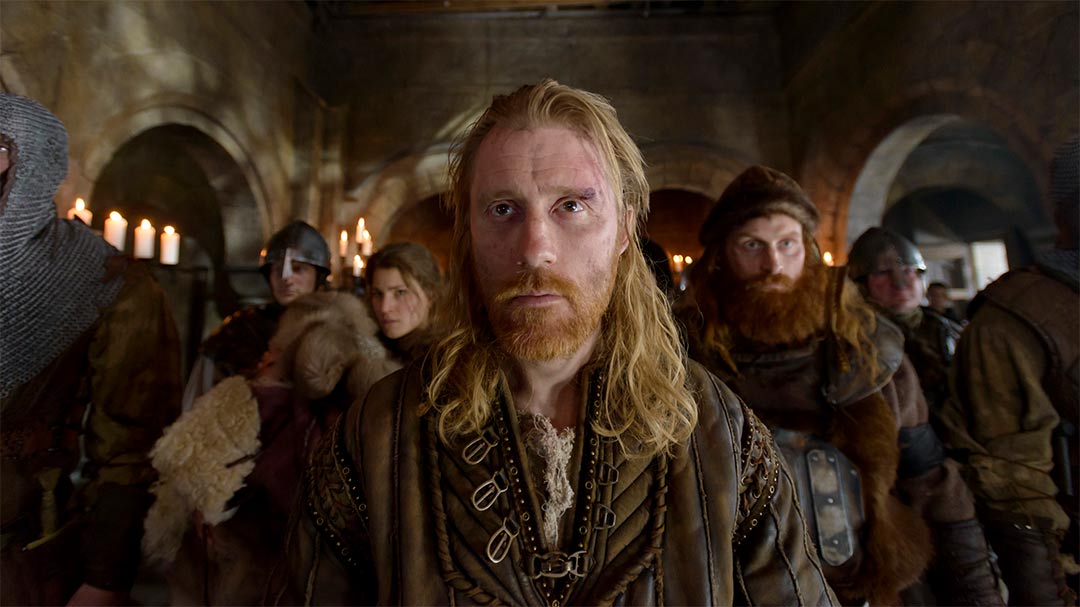 Any time a foreign film does enough to impress local studios that it's worth distribution in the United States, it's usually worth a viewing. Add in the fact that one of the film's stars -- Kristofer Hivju --  is a beloved character on HBO's popular Game of Thrones, and a surprisingly funny commercial sponsor for Wyndham, making drawing interest in The Last King a wee bit easier.

The trailer for The Last King definitely does a superb job showing that this film isn't your typical low budget medieval adventure, but perhaps something of quality out of Norway. The action looks fierce, the acting looks up to par, and who knew that skiing was such a Norwegian pastime?

Sure, the film might not do all that well during a limited theatrical run, but should find a nice niche audience on demand and through the video networks.