The Invention of Lying Trailer (2009)

The trailer for The Invention of Lying.

In an alternate reality, lying -- even the concept of a lie -- does not even exist. Everyone -- from politicians to advertisers to the man and woman on the street -- speaks the truth and nothing but the truth with no thought of the consequences. But when a down-on-his-luck loser named Mark suddenly develops the ability to lie, he finds that dishonesty has its rewards. In a world where every word is assumed to be the absolute truth, Mark easily lies his way to fame and fortune. But lies have a way of spreading, and Mark begins to realize that things are getting a little out of control when some of his tallest tales are being taken as, well, gospel. With the entire world now hanging on his every word, there is only one thing Mark has not been able to lie his way into: the heart of the woman he loves.

Phillip Seymour Hoffman's agent said he couldn't do the cameo, so Ricky Gervais sent the following email to Hoffman direct: "Dear Philip, will you please appear in my new film? There is very little money involved as I spent the budget on testicular implants, but don't look upon them as my testicles, look at them as our testicles." He agreed.

The Invention of Lying is Rick Gervais' film directing debut. Ricky Gervais sponsored an online photoshop contest asking contestants to edit well-known film posters as if they were lying to the audience.

Ricky Gervais asked Louis C.K. to shave his goatee off for a specific scene where he appeared as a caveman. Louis C.K. was very reluctant but went through with it. Not that it mattered, as the scene was then cut. 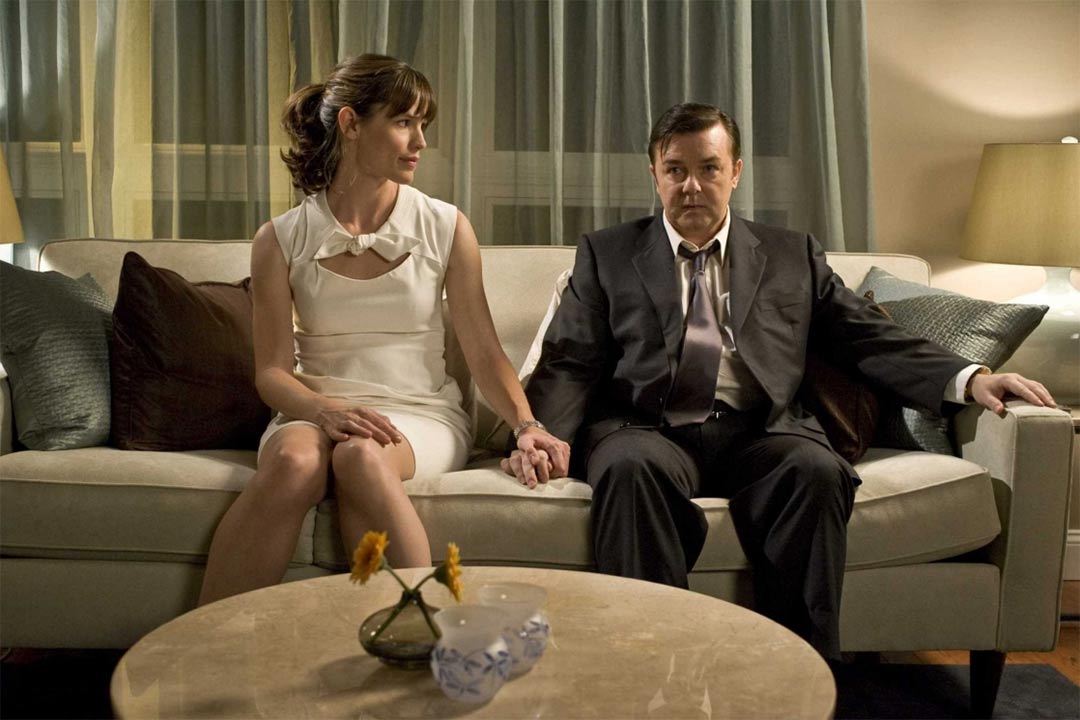 Ricky Gervais is a divisive comic and it's hotly contested between those who love him and those who loathe him completely. Personally, I love his work, but I do find his acting is very much the same whichever film he appears in.

In The Invention of Lying, Gervais is once again very much the same character, and, given that it's his film directorial debut, a lot of the jokes at the expense of his character are easily recognizable as Gervais' work. However, that's not necessarily a bad thing.

I love Rob Lowe in a comedic role, so to see him here is just a total joy for me, and I love the brief scene in this trailer between him and Jennifer Garner. In fact, the one thing I don't like about the trailer is the Gervais and Garner pairing; it seems quite forced and almost awkward at times.

The concept of the movie is interesting; that no one can lie to each other. Again, some amusing moments come out of this, such as when the waiter blithely informs them he's already sipped their drinks, and I really enjoyed Gervais' "This is the best movie ever" line at the end.

That said, the trailer doesn't exactly grab me, and I think it's mostly because of the pairing of Garner and Gervais. I'd much rather have seen Tina Fey in the main female role as I feel she would have bouced off of Gervais' sass with perfect ease.