Red Band trailer for The Interview.

In the action-comedy The Interview, Dave Skylark (James Franco) and his producer Aaron Rapoport (Seth Rogen) run the popular celebrity tabloid TV show Skylark Tonight. When they discover that North Korean leader Kim Jong-un is a fan of the show, they land an interview with him in an attempt to legitimize themselves as journalists. As Dave and Aaron prepare to travel to Pyongyang, their plans change when the CIA recruits them, perhaps the most unlikely candidates, to take out Kim Jong-un.

It was during the filming of The Interview when James Franco and Seth Rogen filmed the parody video of Kanye West’s video “Bound 2”. The parody went viral. While Franco played Kanye in the video, Rogen sat in for Kim Kardashian. Although there was a lot controversy over the film’s plot concerning the assassination of a real-life leader, The Interview is not the first film to do this. The 1941 film Man Hunt starring Walter Pidgeon and Joan Bennett is about a British hunter who has Adolph Hitler in his sights. The 2014 Sony hack which was a scandal that revealed countless facts about various actors' paychecks, film budgets and personal emails within the industry was expected to be the fault of the North Korean Government. All of this was due to The Interview and its plot concerning assassinating North Korean leader Kim Jong-Un The Interview is the sixth collaboration between James Franco and Seth Rogen. Rogen had also considered Matt Damon and Brad Pitt for the part of Dave Skylark but they were not interested. 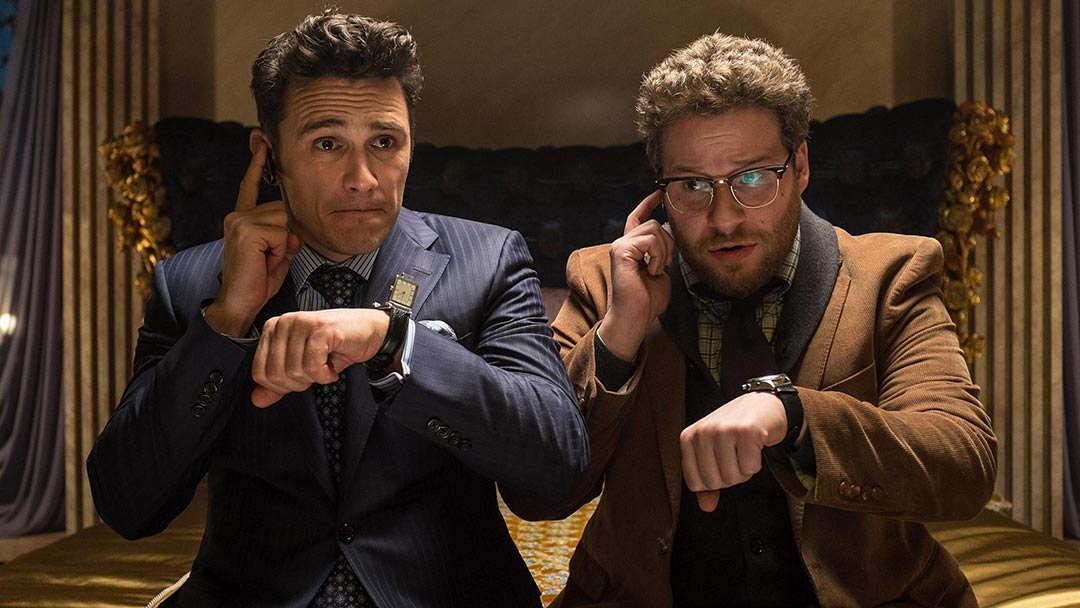 The trailer for The Interview leaves me conflicted. On one side, the cast is fantastic with many comedic actors like Lizzy Caplan and Anders Holm. Seth Rogen and James Franco are always great together probably because they are friends in real life and because they have been working together perfectly since last century on Freaks and Geeks. The premise is unique in the sense that these bumbling fools are asked to assassinate someone who is a real person in real life, but that is also what caused so much controversy and trouble for the film before its release.

That being said, the trailer failed to make me laugh. It evokes a smile and does not elicit an eye roll, but there were just no out-loud laughs. Since the trailer shows potential for good jokes, I can hold on to hope that the editors of the trailer just didn’t want to spoil the really good jokes. The Interview appears to want to go back to the well of comedy films that are weirdly violent like Franco and Rogen did so well in Pineapple Express and This is the End, but The Interview seems to be lacking something.