Feature Trailer for The Intern.

70-year-old widower Ben Whittaker has discovered that retirement isn't all it's cracked up to be. Seizing an opportunity to get back in the game, he becomes a senior intern at an online fashion site, founded and run by Jules Ostin.

Two Workaholics stars are included in the cast of The Intern. Adam Devine plays one of Robert De Niro’s co-workers and Anders Holm plays Anne Hathaway’s husband. Devine and Holm do not however share any scenes together.

Writer/Director Nancy Meyers, originally had Jack Nicholson in mind for Ben, the intern. Myers had worked with Nicholson in her previous film Something’s Gotta Give. The role went to Robert De Niro instead, marking the first time Myers worked with De Niro.

The Intern is the third film Robert De Niro and Rene Russo were in together. The first two were The Adventures of Rocky and Bullwinkle and Showtime. 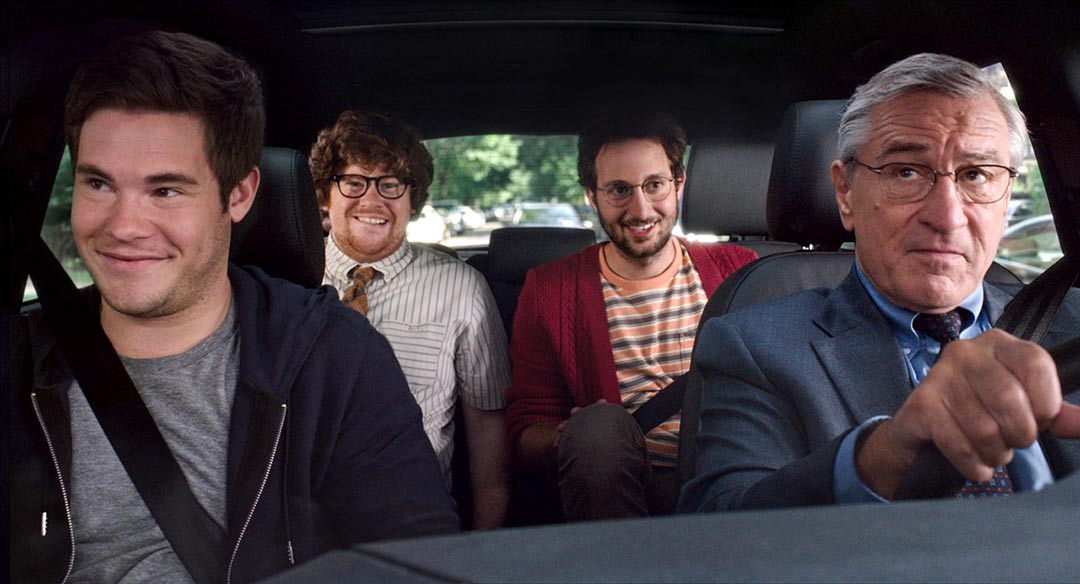 The trailer for The Intern makes me completely and unapologetically excited and happy. Nancy Meyers as a writer and director seems to always do this to me. It could be the lavish apartment and homes she has her characters reside, it could be the casting of A-list actors who also happen to be incredibly likeable, or it could be the sweet relationships and witty dialogue she provides for her characters. Just like Something’s Gotta Give and It’s Complicated before it, The Intern has charming actors, amusing scenarios and unbelievably idyllic settings. Even the office Anne Hathaway’s character houses her business is beautiful and modern.

The old school with the new school is always an interesting dynamic and Anne Hathaway and Robert De Niro have such a great chemistry, as do Robert De Niro and Adam DeVine. I may be convinced that there is no one De Niro would have bad chemistry with. De Niro played tough guys and insane guys for so long in his career that it is nice to see him warm and cuddly because he really such an adorable person.

The appearance of Rene Russo is also a welcome treat because she is a bit underrated. Nancy Meyers' movies always have a way of making me smile. It could  be the beautiful sets, or the charming stars, or the promise of feeling warm and fuzzy by the film’s end, but no matter what it is, the trailer for The Intern makes me eager to jump into that world, if only for a couple of hours.