Red band teaser trailer for The Greasy Strangler, which shows R-rated footage from the film.

This Los Angeles–set tale follows Ronnie, a man who runs a disco walking tour along with his browbeaten son, Brayden. When a sexy, alluring woman named Janet comes to take the tour, it begins a competition between father and son for her attentions. It also brings about the appearance of an oily, slimy, inhuman maniac who stalks the streets at night and strangles the innocent—soon dubbed "the Greasy Strangler."

Flush your expectations down the toilet, because you have never seen a slasher film or a father-son comedy like this before. Director Jim Hosking has made an outrageously off-kilter feature film debut that is equal parts disgusting, offensive, and manically entertaining.

If after watching the red band teaser trailer for The Greasy Strangler you are thinking, "what a piece of rubbish," you'd be wrong. Well, at least, according to the feedback from the film's festival run. Having premiered at Sundance, the film scored a 91% on RottenTomatoes, with Variety admiring the film for how juvenile it was in its effort to annoy. The only thing is, we're not exactly sure if this is positive or negative feedback.

Other reviewers acknowledge that the film might be an "endurance test" for some, but a cult classic for others. After watching the video, which direction you leaning?

Just when the teaser reveals its first (hung) penis, audiences have to begin to wonder what's going on. But it doesn't end there. I can't remember the last preview that started pink, when it should have been red, and followed with at least two butthole shots. Can that visual be outdone? Possibly, as you get to see a greasy fist punch some guys face in, creating a weirdly comical effect. My brain can't fathom what the eyes are bringing in!

To be honest, we have no idea what the hell is going on in this first trailer for The Greasy Strangler, but that's probably the point. I can almost guarantee you'll watch it more than once, however, which makes this first preview an effective teaser. 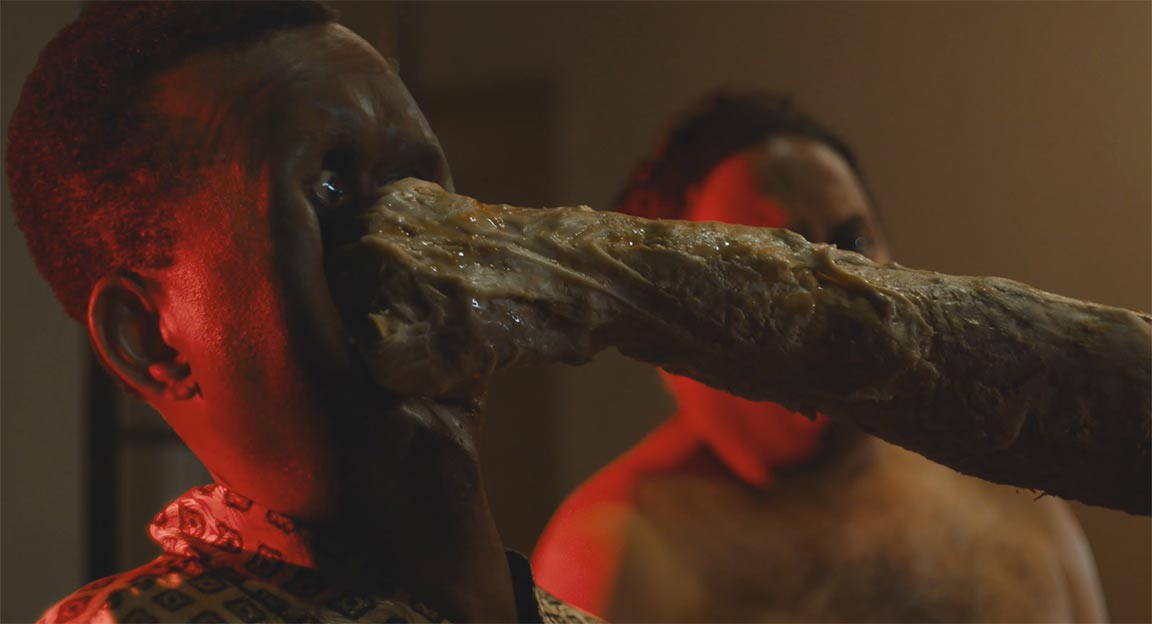