Trailer for The Fantastic Mr. Fox.

The stop-motion film, marking Anderson's first foray into animation, is an adaptation of Roald Dahl's classic children's story, centering on a clever fox who must outwit three mean, dimwitted farmers who try their hardest to hurt Mr. Fox and his family. Clooney will voice Mr. Fox, while Blanchett voices his wife.

Fantastic Mr. Fox was the first book Wes Anderson owned. His mom bought it for him at a book fair when he was seven years old and he has kept it ever since.

To make the voice recordings more authentic, Anderson made his cast record on location, including in a forest, in an attic, and in a cellar.

535 puppets were made for the film; Mr. Fox has 17 different styles, each of which had to be made inn six different sizes. His character has over 102 puppets.

Bean, one of the farmers, was created to bear a strong resemblance to Roald Dahl.

Fantastic Mr. Fox was a hit with the critics but did not fare well at the box office and was not popular with general audiences. 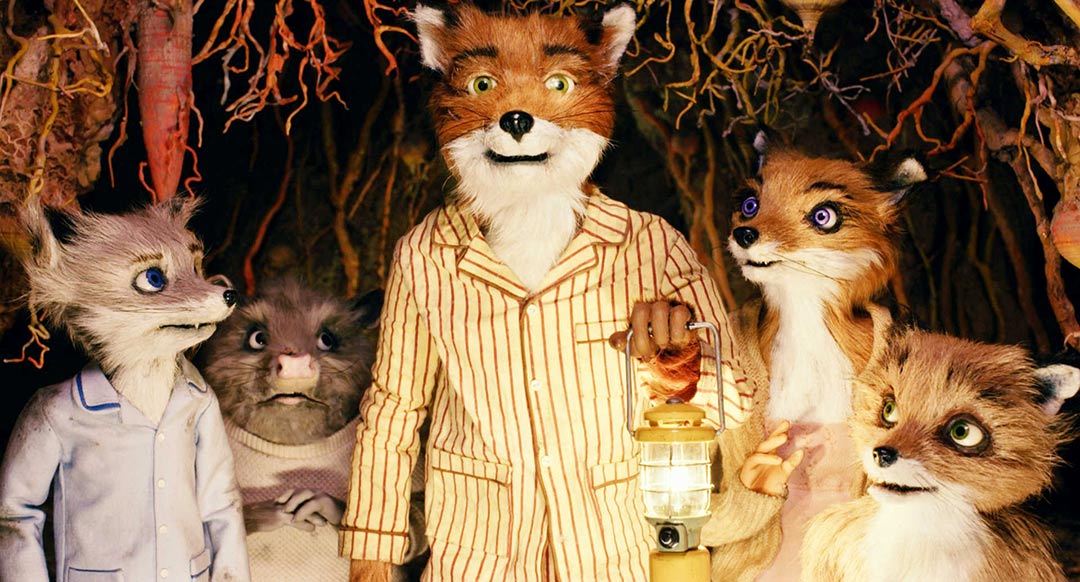 I was six when I first read Fantastic Mr. Fox, and I loved it from beginning to end. To be fair, I have loved each and every one of Roald Dahl's stories and he remains one of my favorite authors. It should also be noted that I love and adore both George Clooney and Meryl Streep, and I always enjoy a Wes Anderson film... But I do not love Fantastic Mr. Fox.

Let me explain. First of all, Dahl was a British author. His stories are British through and through. As you will gather from this trailer, Fantastic Mr. Fox is about the war between a fox and some farmers. In the book, the farmers are all parodies of various British farmers that you will actually find in the countryside. For real. Mr. Fox and his animal friends are dapper chaps, proud of who they are, and noble, yet cunning.

This movie is American. It does not work. It has lost the very thing that makes this story so great. The Americans have come in, taken a piece of classic British children's literature, and ruined it. Why? There is no need! Steven Spielberg's upcoming adaptation of The BFG is proof that you don't need to Americanize a perfectly good story to make it work!

Clooney is entirely wrong for this role. The stop-animation, while clever, is not a patch on the efforts of some other (British) companies, such as Aardman animations (home of Wallace and Gromit).

Fantastic Mr. Fox is a movie that upsets me greatly, if you couldn't already tell. I sincerely hope that it will be remade at some point in the future, by a filmmaker of any nationality, who doesn't seek to change the very essence of its story.