Trailer of The Call.

When veteran 911 operator, Jordan (Halle Berry), takes a life-altering call from a teenage girl (Abigail Breslin) who has just been abducted, she realizes that she must confront a killer from her past in order to save the girl's life.

Halle Berry had been cast in the film when Joel Schumacher was attached to direct. Once Schumacher had dropped out of the project, director Brad Anderson became attached to the project which led to Berry dropping out due to scheduling conflicts. The dates were pushed back and she was able to return to the project. Allowing the film to finally come together.

One of the production companies involved with the film is WWE studios. The company is a subsidiary of the WWE (World Wrestling Entertainment) and was created in 2002 as a company to produce films by WWE stars. The Call is the company's most successful film, earning over $70 million at the box office. 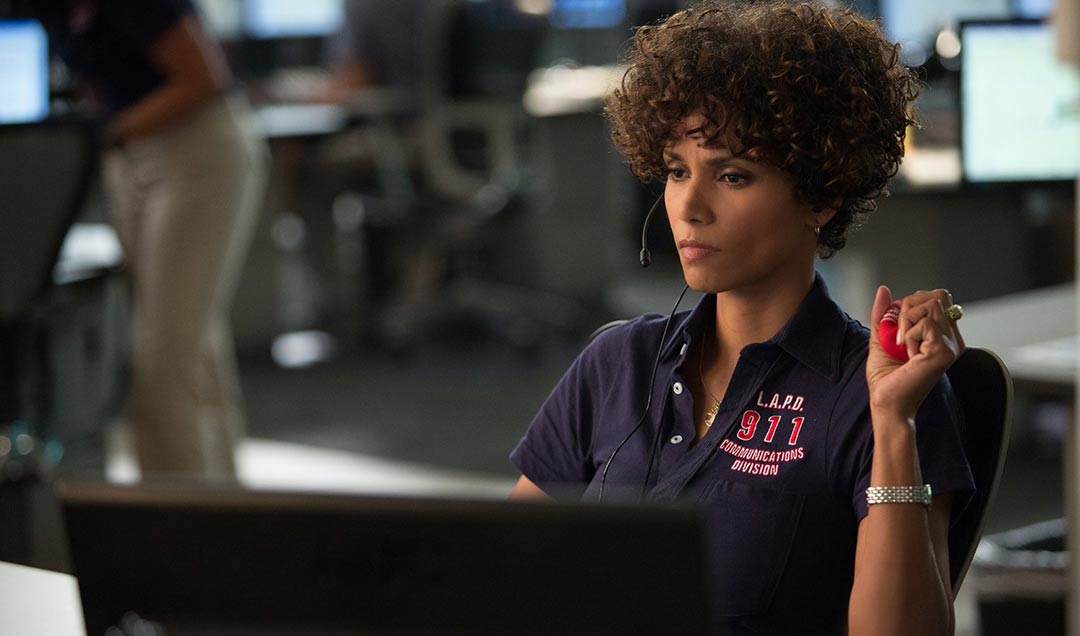 If you were hoping for a film version of the 2000 Backstreet Boys hit song, The Call, you will be gravely disappointed by the new Halle Berry thriller. For the rest of us, we get an action packed thriller with plenty of scares. Halle Berry plays an emergency dispatcher who receives a call from a teenage girl who is hiding under her bed from a man trying to kill her. The girl hangs up but Halle calls her back. She calls her back knowing that there is someone walking around the house looking for the girl who is hiding under her bed!

Hey, Halle you know a great way to locate a girl who is hiding? Call the phone she is holding! So that girl is dead and Halle feels bad about it which she should because she was dumb. Now she has to try to save Abigail Breslin who is another teenage girl who has been abducted. The bad guy uses the same haunting words as he did with the previous girl, so of course, the stakes are even higher and everyone is in a panic. Will they be able to get to Abigail Breslin before Halle makes another dumb move that will get the girl killed? I guess we will have to watch the movie to find out. The trailer for The Call is legitimately exciting and has all the elements of a good thriller, assuming the audience isn’t yelling at the screen at all of the character’s terrible decisions, but really that is part of the fun.