Trailer for The Bronze.

In 2004, Hope Ann Greggory (Melissa Rauch) became an American hero after winning the bronze medal for the women's gymnastics team. Today, she's living in her father's basement in her small hometown—washed up, largely forgotten, and embittered. Stuck in her past glory, Hope is forced to reassess her life when a promising young gymnast who idolizes her threatens her local celebrity status. Will she mentor the adoring, hopeful protégé, take her down, or both?

The Bronze was written by Melissa Rauch and her husband Winston Rauch. The two met in college and have also written a short called The Condom Killer together. Melissa’s birth name is Rauch and it was her husband who took her name. 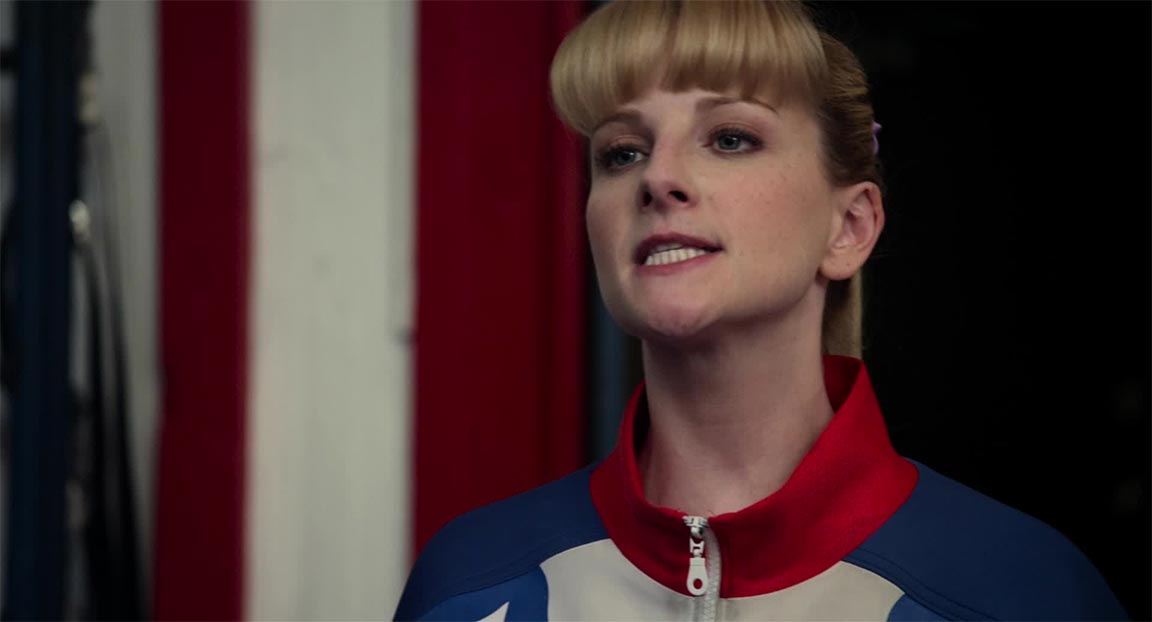 The trailer for The Bronze may not be hysterical but it is definitely amusing and has a lot of potential to be an entertaining film. Melissa Rauch is the writer of The Bronze and plays the lead character, Hope Ann Greggory, a Bronze winner at the 2004 Olympics. For some reason, she is an extremely unpleasant person who is stuck in the past. She is so convinced that she is a star that she doesn’t believe she should pay for her meals at restaurants but she should receive an allowance from her father. On top of which, she also steals money from letters in the mail truck her father drives. This is why you should never send cash through the mail, crazy people like her. Since her dad is not going to help her anymore and an eager young gymnast is a big fan, she becomes a coach even though she thinks it’s below her.

The entire premise is very funny and Rauch’s odd demeanor and delivery makes it even more interesting. Gary Cole plays her father and he always manages to be funny and believable as a warm and helpful father, mostly because he was Mr. Brady in The Brady Bunch Movie (1995). Sebastian Stan is the good looking male gymnast who likes to hassle Hope for some reason, but perhaps he or Thomas Middleditch may also be a love interest for Hope, or maybe not. Even the craziest people need love.

The Bronze could be a lot of fun and there are definitely likable actors and an amusing premise that has a lot of possibility for good jokes and a decent story. It may not exactly bring home the Gold but has a good chance at something a little less shiny.