Four outsiders in the world of high-finance who predicted the credit and housing bubble collapse of the mid-2000s decide to take on the big banks for their lack of foresight and greed.

The Big Short marks Ryan Gosling's return to acting after he announced he was taking a break in 2013.
This is the second film based on a Michael Lewis book that Brad Pitt has produced and appeared in, the first being Moneyball.

It was revealed that director and screenwriter Adam McKay was only allowed to make The Big Short if he agreed to make a sequel to Anchorman.

This is the first of Adam McKay's films not to feature Will Ferrell.

The quote that appears on screen; "Truth is like poetry. And most people fucking hate poetry" was written by Adam McKay after he failed to find an existing quote that he wanted to use. 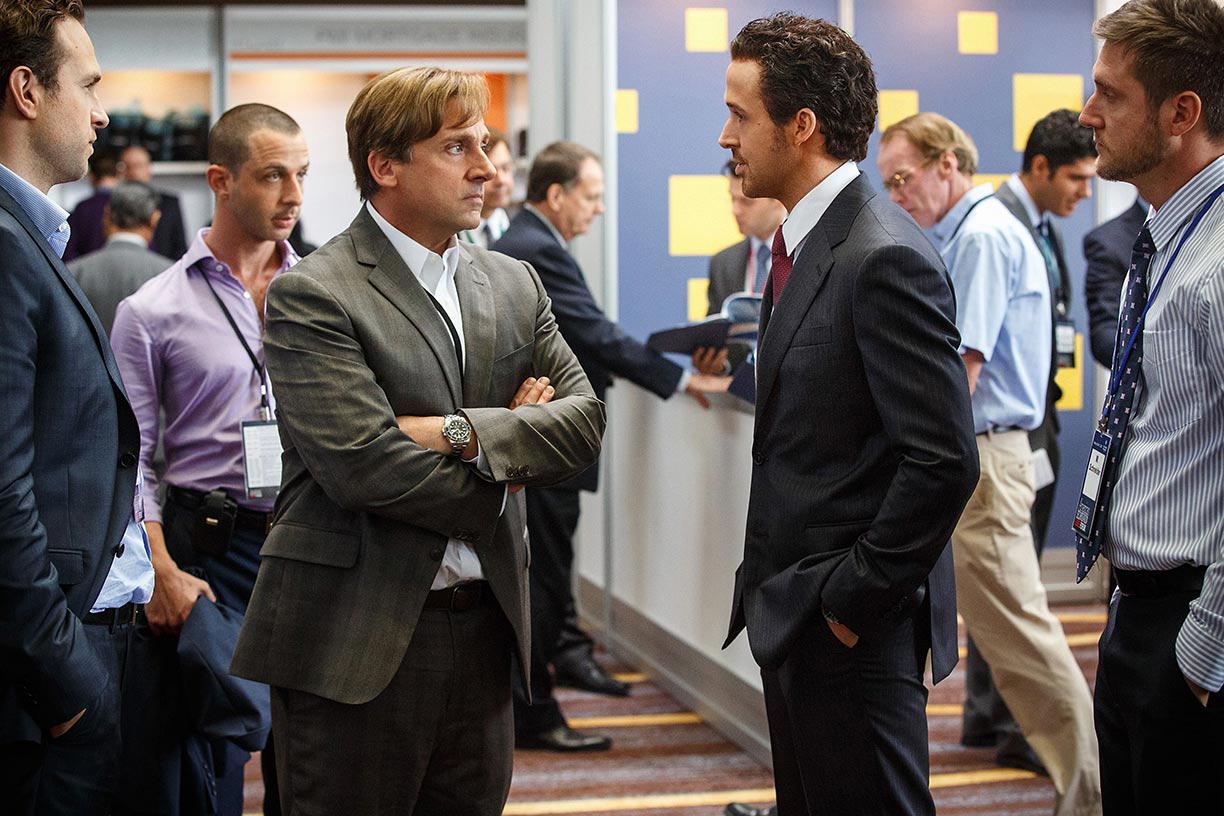 The Big Short is a fictional film based off of the non fiction book of the same name by Michael Lewis. It tells the story of a group of bankers who get wise to the imminent housing collapse in the U.S..
Most of us will remember the period around 2007-2008, where a lot of Americans defaulted on mortgages that had been secured with subprime loans. No deposit, no affordability checks and a booming economic climate essentially meant anyone could but a property, but once adjustable-rate on the mortgage went up, people found they could no longer afford to stay in their houses and the crash ensued.

The Big Short comes from Adam McKay, usually associated with comedy films such as Anchorman and Step Brothers and although this movie tells the story of what was essentially a real tragedy for many, the trailer shows that McKay has still managed to work humor into the movie; a blessed relief really, since otherwise it would be a bit of a dirge.

Even from something as brief as a trailer, Steve Carell gives a brilliant performance. Honestly, that guy is so underrated as an actor it's unreal. He's seriously good and yes, he's funny, but he can also deliver the emotional sucker punch that really gets you hooked on a movie. I can't say I'm bothered by the presence of Ryan Gosling or Christian Bale, but Brad Pitt is always welcome on screen, and Finn Wittrock is definitely one to watch.

The Big Short looks to be explosive drama, gripping stuff, and even more alarming when you realize it's all true.