Feature trailer for The BFG shows tons of never before seen visuals.

Sophie (Ruby Barnhill) befriends a friendly giant named the BFG (Mark Rylance) as they set out on an adventure to capture the evil, man-eating giants who have been invading the human world.

Frank Marshall and Kathleen Kennedy had the idea for a live-action The BFG adaptation way back in, wait for it, 1991. It quickly became more than an idea when a greenlit screenplay was provided by scribes Robin Swicord and Nicholas Kazan, and Robin Williams was cast to play the title character. Things were looking good, until they weren't.

A couple bumps in the road led to screenplay rewrites that weren't enough to satisfy the Dahl estate. The production fell apart and only found life again 20 years later when DreamWorks announced that they had picked up the rights to the book, placing the project back in the hands of Marshall and Kennedy. To ensure a stronger foundation, Walt Disney Pictures decided to go above and beyond their role of distributor for DreamWorks and instead came aboard to co-finance and co-produce as well. After all the documents were signed, Spielberg found himself with a Disney-branded film; the first time ever in his directing career. 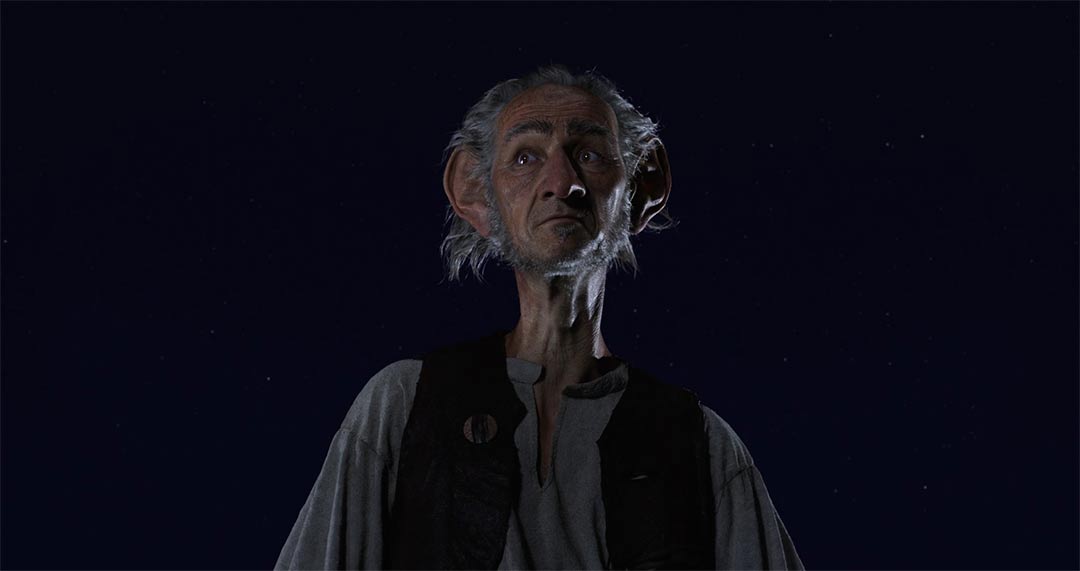 Since the week of this trailer's release for The BFG is also the same week gamers are seeing the return of the Doom franchise to console and PC, it makes sense that Disney would want to clear up what "BFG" actually stands for. If you don't know, assume the "F" is not exactly family oriented.

Besides that, the new trailer for the adaptation looks terrific. We get to see a lot more interaction between The BFG and Sophie, plus a ton of new visuals. While we haven't been able to place the name of the song used just yet, it is more than fitting.

The main purpose of this new (and surprising) trailer is more of a fist pump from Disney, who recently won over critics at the Cannes Film Festival. Just how much did audiences like the adaptation? Well, besides praising the CG, Variety is calling it the "E.T. for an all-new generation." Pretty big statement.

While I originally had no motivation to catch this family-friendly adaptation in theaters, The BFG is looking [more than] worth the ticket price.

Posted On
May 15, 2016
Director
Steven Spielberg