The trailer for The Taking of Pelham 1 2 3. In The Taking of Pelham 1 2 3 Denzel Washington stars as New York City subway dispatcher Walter Garber, whose ordinary day is thrown into chaos by an audacious crime: the hijacking of a subway train. John Travolta stars as Ryder, the criminal mastermind who, as leader of a highly-armed gang of four, threatens to execute the train's passengers unless a large ransom is paid within one hour. As the tension mounts beneath his feet, Garber employs his vast knowledge of the subway system in a battle to outwit Ryder and save the hostages. But there's one riddle Garber can't solve: even if the thieves get the money, how can they possibly escape?

Director Tony Scott has worked with Denzel Washington before in many films: Crimson Tide, Man on Fire (2004), and Deja Vu. He also directed Washington after The Taking of Pelham 123 in Unstoppable. 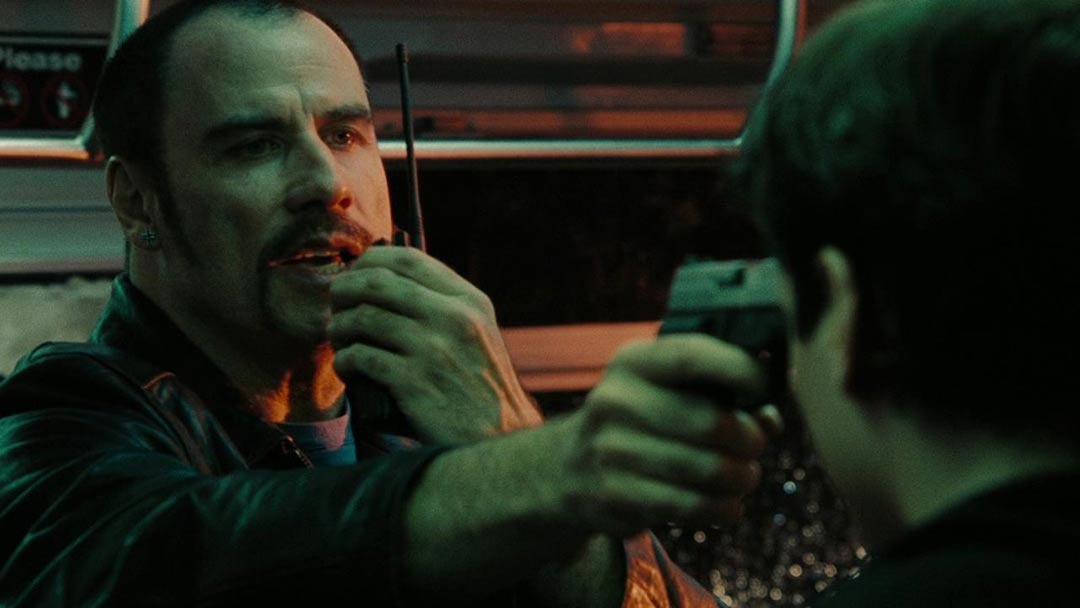 If you are a fan of the 1974 original, The Taking of Pelham One two Three, then you may be intrigued or annoyed with the remake. While I enjoyed the slow burn of the original, I am able to view the trailer for the new version with an objective eye. John Travolta is at his scenery-chewing best as a crazy troublemaker with a gun who has taken the titular subway hostage. Denzel Washington is the calm voice of reason who just wants to make sure all the passengers get home unharmed. The stakes are high and the action appears plentiful as the time to save the innocent is dwindling.

First off, John Travolta is always slightly more menacing with facial hair, and he sports a doozy of a Van Dyke beard in this one. I am not sure about anyone else, but for me, John Travolta as a bad guy always makes for a deliciously over-the-top performance that is a must watch. There are plenty of explosions and police cars flipping off bridges in the trailer to surmise that The Taking of Pelham 123 has plenty of action and the interactions between Travolta and Washington provides just enough suspense. There is a moment in the trailer where Denzel Washington’s wife tells him she doesn’t care what he needs to do as long as he brings home a gallon of milk. I appreciate that this is supposed to be a light moment in an intense sequence, but it seems wildly confusing considering the woman’s husband is just a subway dispatcher, he isn’t trained to deal with terrorist negotiations.

In the original film, Walter Matthau, who communicates with the bad guys, is actually a New York City transit police officer, which makes sense but some poor dispatcher has no business facing dangerous criminals. I will not dwell on the practicality of the premise and view the film as a potentially thrilling action film with two very different but equally entertaining actors going head to head in a highly watchable flick.