Trailer for Take Me Home Tonight.

As the summer of 1988 winds down, three friends on the verge of adulthood attend an out-of-control party in celebration of their last night of unbridled youth. Starring Topher Grace, Anna Faris, Dan Fogler and Teresa Palmer, Take Me Home Tonight is a raunchy, romantic and ultimately touching blast from the past set to an awesome soundtrack of timeless rock and hip-hop hits. Recent MIT grad Matt Franklin (Topher Grace) should be working for a Fortune 500 company and starting his upward climb to full-fledged yuppie-hood. Instead, the directionless 23-year-old confounds family and friends by taking a part-time job behind the counter of a video store at the Sherman Oaks Galleria. But Matt's silent protest against maturity comes to a screeching halt once his unrequited high school crush, Tori Frederking (Teresa Palmer), walks into the store. When she invites him to an epic, end-of-summer party, Matt thinks he finally might have a chance with the girl of his dreams. With his cynical twin sister Wendy (Anna Faris) and best friend Barry (Dan Fogler), Matt embarks on a once-in-a-lifetime evening. From stealing a car to a marriage proposal to an indescribable, no-holds-barred dance-off, these friends share experiences that will change the course of their lives on one unforgettable night in the Go-Go '80s.

Take Me Home Tonight took four years to release. The delay was mostly due to the drug use in the film. The excess cocaine and other drugs were too much for the distribution company to feel comfortable with a wide release. Ron Howard and Brian Grazer’s company, Imagine Entertainment saved the film and even put back in the scenes that were cut for content.

Even though the film is named after the Eddie Money song, “Take Me Home Tonight” the song does not play in the movie. However, the song can be heard in the trailer. 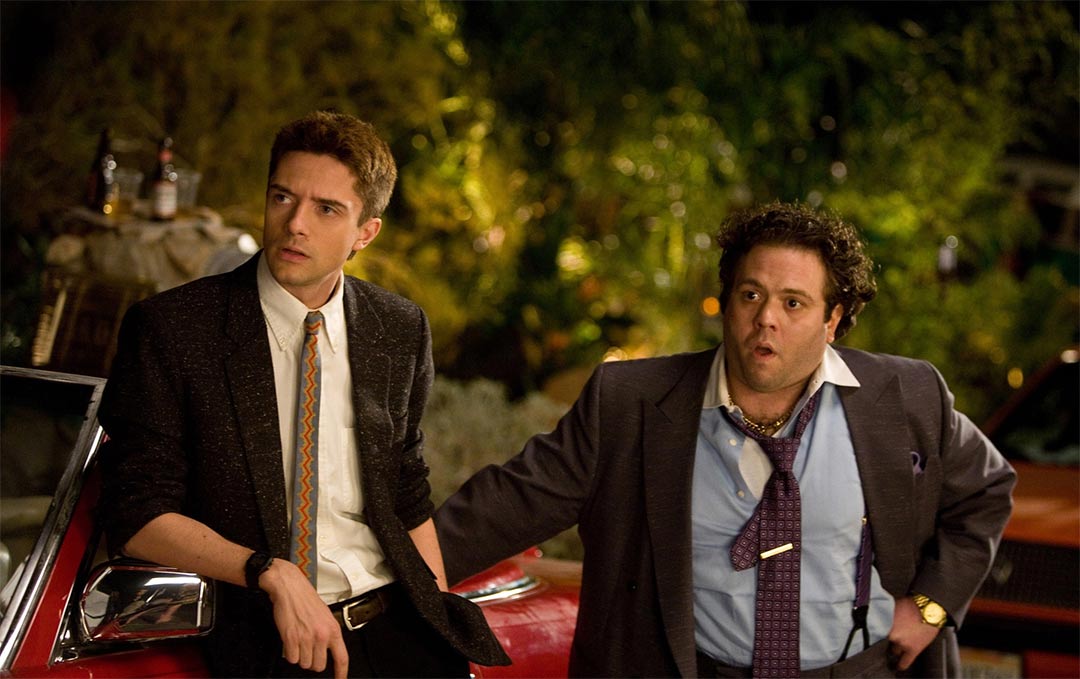 A cursory glance of a movie like Take Me Home Tonight may suggest that it is nothing more than a silly comedy about a crazy night and a guy who is down on his luck trying to get the girl of his dreams by the end of the night. It may be just that, but it feels like so much more. Topher Grace is awesome and to this day, I do not understand how Ashton Kutcher was the guy from That 70s Show who became the big star because Topher Grace is clearly the more talented one.

Then there is Anna Faris, who plays his sister, who is hilarious in everything she does. Chris Pratt plays her boyfriend which is adorable because they are adorable together in real life and on screen. There is the added nostalgia-infused in the film thanks to it being set in 1988, so the music is a blast. Teresa Palmer plays Grace’s dream girl. There is something impressive about Palmer always finding work even though she looks so much like a very blond Kristen Stewart. I thought we only needed one Kristen Stewart.

Finally, there is Dan Fogler as the wacky best friend who gets himself into the weirdest situations, this time with Angie Everhart who I forgot existed until I saw this trailer. This movie really does take you back. Take Me Home Tonight has all the elements of a classic comedy about a guy stuck in a rut but with the help of his best friend, lets loose and has a memorable night. It could be the actors, it could be the familiar plot, or it could be fantastic soundtrack but Take Me Home Tonight looks to be a lighthearted pleasure.