Harley Quinn, as played by Margot Robbie, has been getting a big chunk of the attention from fans of both DC comics and the character herself. Some have complained that Robbie is using subdued accent, while others prefer the black and red Harley from the animated series. The character came in so many forms over the years that it was up to the filmmakers to decide her theatrical look. And, if it makes fans of the animated series feel better, they did give her a red and black umbrella in the movie as a sort of wink to them. Robbie is now on top of the cast list at IMDB. 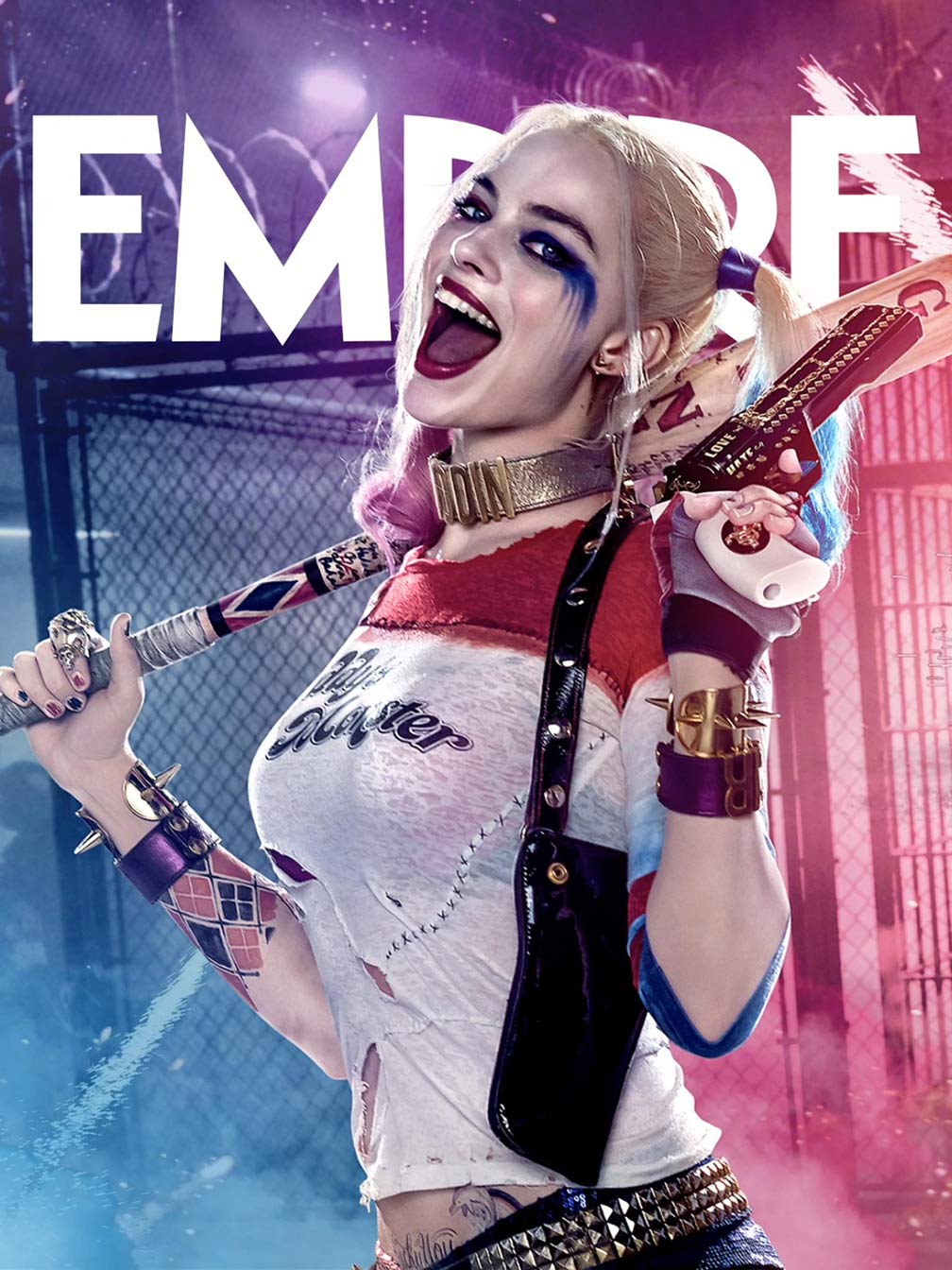 While the ensemble of villains that make up the Suicide Squad were selected for the film -- in the comicbooks the teams kept changing, with Deadshot being one of the more common members -- they all do have one thing in common. There will be a running theme throughout the film with each character having a personal vendetta against Batman, who since he was personally responsible for their current predicaments at the beginning of the film.

And where does Suicide Squad fit into the expanded DC Universe in terms of timeline? According to rumors, the film takes place before the events seen in Batman v Superman: Dawn of Justice, even though Suicide Squad will be released after BvS to theaters. A prequel, if you will.

The Comic Con Reel for Suicide Squad was insane. Running over three minutes it was impressive on every level. After that, it was hard to imagine the official trailer coming even close. Well, to our surprise, the first official trailer for the film is just as solid. Coming in at a shorter running time than the trailer shown at SDCC, the new preview has a lot more fun and makes it a point to showcase a bunch more dialogue; which the first was lacking.

But to start--Who is handling the music selection for these?! They need a raise. Not only does Queen's "Bohemian Rhapsody" work beautifully, but it has been edited to perfectly sync with the sounds of gunfire and other effects, while also prolonging instrumental parts of the song to allow for dialogue to be heard. The track couldn't have been cut any better.

Even the neon-lit Warner Bros logo is cool, but I digress.

Not only does the trailer give a better idea of the film's premise, but it finds a creative way to introduce the ensemble of characters and their gifts with the help of a roll call by Rick Flagg (Joel Kinnaman).

Cue bits of awesome footage showing chaos around town and we're sold. Now our only concern is... Why the hell is this film being released in August? Not to say the month is a bad omen for  blockbusters that couldn't cut it, but, well, it is...