Trailer for Suicide Squad, being called the Soundtrack Remix, was released at Hall H during San Diego Comic Con. Besides promoting the film, the preview also announces the pre-order of Suicide Squad: The Album, which gives instant digital downloads of a number of songs including "Heathens" (Twenty One Pilots), "Sucker for Pain" (Ambassadors) and "Purple Lamborghini" (Shrillex, Rick Ross).

The anticipation for the film didn't exactly spike until after Batman v Superman disappointed critics and (some) viewers alike. Warner Bros, learning from what some thought were mistakes in BvS, quickly re-huddled and decided re-shoots were in order for Suicide Squad in hopes of making it less dark in ominous and more fun.

Though the news could have been a dent in the film's marketing trail, the estimated opening weekend haul currently stands at about $115 million or more, which would earn it the record for the largest opening ever for August. Who currently holds the title? Marvel's Guardians of the Galaxy with $94.3 million. Warner Bros may have been bummed about BvS at least critically -- financially, no -- but they have to love knowing that this underdog film might just take it to Marvel for box office glory.

At least, we can only assume. 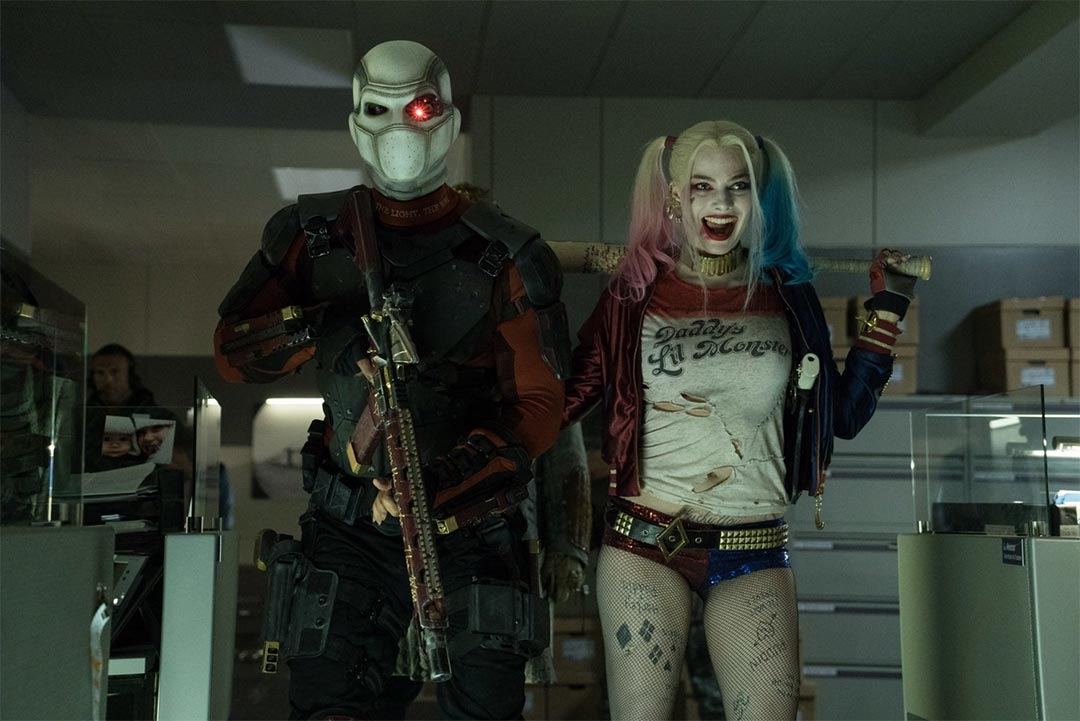 All of the previous trailers for Suicide Squad have been insane with their use of sound editing, musical selection and musical cues. If there was ever a master class on how to make a trailer, Suicide Squad would be deserving of a study. And, since music has been so important, it really shouldn't come as a surprise that Warner Bros would sneak in one more trailer that features some original music from the soundtrack.

With less familiarity, this is obviously a harder to task to achieve when it comes to drawing your audience in with music. But, once again, even when the music -- especially the third track -- doesn't seem to fit very well, it is edited in such a way that it matches the visuals beautifully.

I have always been more excited for Suicide Squad than Batman v Superman, shortly after the film's first trailer and long before BvS ever made it into theaters. My anticipation is at an all-time high, so fingers crossed that Warner Bros follows through.