Extended preview of Suicide Squad that was shown during the film's presentation at 2015 San Diego Comic Con.

Preview was not supposed to be released online after SDCC, but a pirated copy forced Warner Bros hand.

To get into character for Suicide Squad, Jared Leto is said to have gone method. Not only did he hang around set as The Joker, but he also sent strange gifts to his fellow castmembers including a rat to Margot Robbie, who plays Harley Quinn. Scott Eastwood, a close friend to Leto, also admitted how frightening his behavior had become.

And speaking of method... Learning a lesson from The Dark Knight and Heath Ledger, it is rumored that a therapist remained on set during filming to ensure that the dark nature of the film wouldn't have any psychological effects on the cast.

Given that the Suicide Squad came in a number of variations in the DC universe, along with different teams of characters in the four separate volumes, it might be a good idea to head on over to Wikipedia to get caught up on who is who.

What makes the Comic Con trailer for Suicide Squad so special is the fact that very few of us were meant to see it. Honoring the idea of exclusives for guests in attendance at San Diego Comic Con, Warner Bros was livid after bootleg footage of the [at that time] reel found its way online. Warner Bros constantly worked to take down copies and then copies of copies until they finally threw up their hands and released an HD version for everyone to see. It's also another reason why this "trailer" is so long.

While I understand their point of view, Warner Bros has to be feeling okay with the end result of the leaked footage. They stood up for those who take the time to attend Comic Con, while also getting what looks to be finished footage out for others to see. This trailer for Suicide Squad is fantastic. The opening dinner sequence sets up the stage, the cover of Bee Gees' "I Started a Joke" is perfect, and the follow up footage makes us hungry for more.

With over a year to go for the film's theatrical release, it is beyond impressive that there were 3-plus minutes of finished frames available to put this together. Job well done. 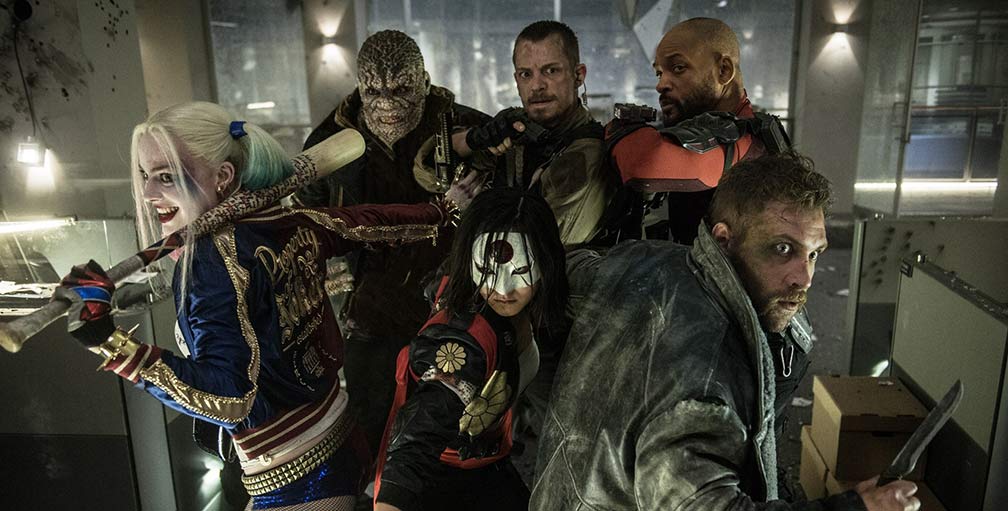 Even though some may complain that Margot Robbie's Harley Quinn seems to have dialed down her accent, you have to admit that she's got the look.

Honestly--Can't find a thing wrong with this trailer, and am grateful that a bootleg gave us all the chance to have seen it.