Trailer for Stuck in Love.

Three years past his divorce, veteran novelist Bill Borgens can’t stop obsessing over, let alone spying on, his ex-wife Erica, who ignominiously left him for another man. Even as his neighbor-with-benefits, Tricia tries to push him back into the dating pool, he remains blind to anyone else’s charms. Meanwhile, his fiercely independent collegiate daughter Samantha is publishing her first novel while recoiling at the very thought of first love with a diehard romantic; and his teen son Rusty is trying to find his voice, both as a fantasy writer and as the unexpected boyfriend of a dream girl with unsettlingly real problems. As each of these situations mounts into a tangled trio of romantic holiday crises, it brings the Borgens to surprising revelations about how endings become beginnings.

Jennifer Connelly and Greg Kinnear previously played husband and wife in the film Salvation Boulevard (2011). The original title for Stuck in Love was “Writers”. The three leads, Greg Kinnear, Lilly Collins, and Nat Wolff, all play aspiring or successful writers. 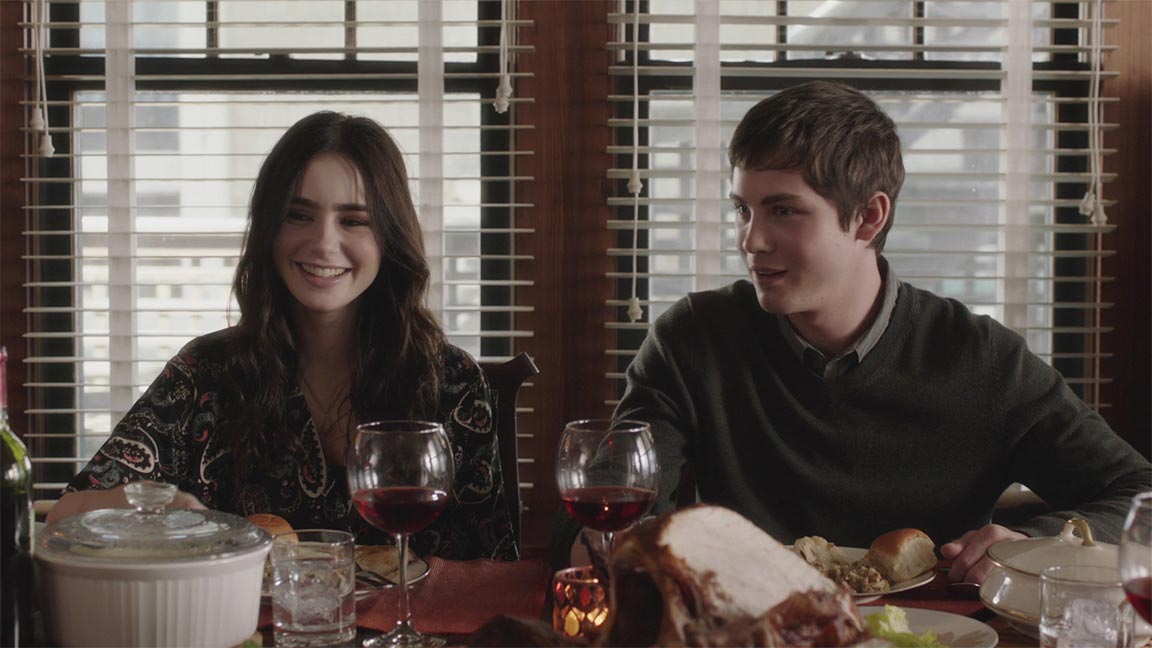 Stuck in Love is basically Crazy, Stupid, Love with a different set of talented actors and bit of a change of plotlines. Greg Kinnear plays the guy that we kind of feel bad for because he doesn’t seem like a terrible person but he is not exactly Tom Hanks either. His character is getting over a divorce with Jennifer Connelly, which totally makes sense that he is devastated because she’s Jennifer Connelly. He is not doing too poorly though because he spends his time hooking up Kristen Bell. She is such a thoughtful casual hook-up woman that she helps Kinnear find a new wife. Meanwhile, he has a teenage son , the always delightful Nat Wolff, and a daughter who is promiscuous and likes bad boys.

Enter Logan Lerman, in all his adorableness, to try convince said daughter (Lily Collins) to go for a nice guy like him. Hopefully, she takes him up on that and because it is a movie, she most likely will. There are many little stories of characters and their relationship issues with the focal point being on Kinnear and Connelly which is again similar to the main relationship in Crazy, Stupid, Love, but we won’t dwell.

The trailer for Stuck in Love is a sweet little compilation of some truly talented and likable actors falling in and out of love and is completely appealing. Even if it does feel eerily similar to another film, or many other films, that is not necessarily a bad thing and there is plenty of room for another one.