His passion and ingenuity have been the driving force behind the digital age. However his drive to revolutionize technology was sacrificial. Ultimately it affected his family life and possibly his health. In this revealing film we explore the trials and triumphs of a modern day genius, the late CEO of Apple inc. Steven Paul Jobs.

Michael Fassbender said that Christian Bale, who was first cast as Steve Jobs, would have been perfect for the role and he couldn't understand why he wasn't playing the part.

David Fincher was originally attached to direct but Sony dropped him when his demands- a $10 million salary and full creative control, couldn't be met.

Danny Boyle took over as director and Leonardo DiCaprio was attached to star as Jobs, but he passed on the project, as did Bale, saying he felt he wasn't right for the part.

Aaron Sorkin, the writer of Steve Jobs, revealed before the film's release, that it would consist of three, thirty minute scenes spreading across sixteen years of Jobs' career.

Sorkin never met Jobs, but spoke with him on the phone a number of times. 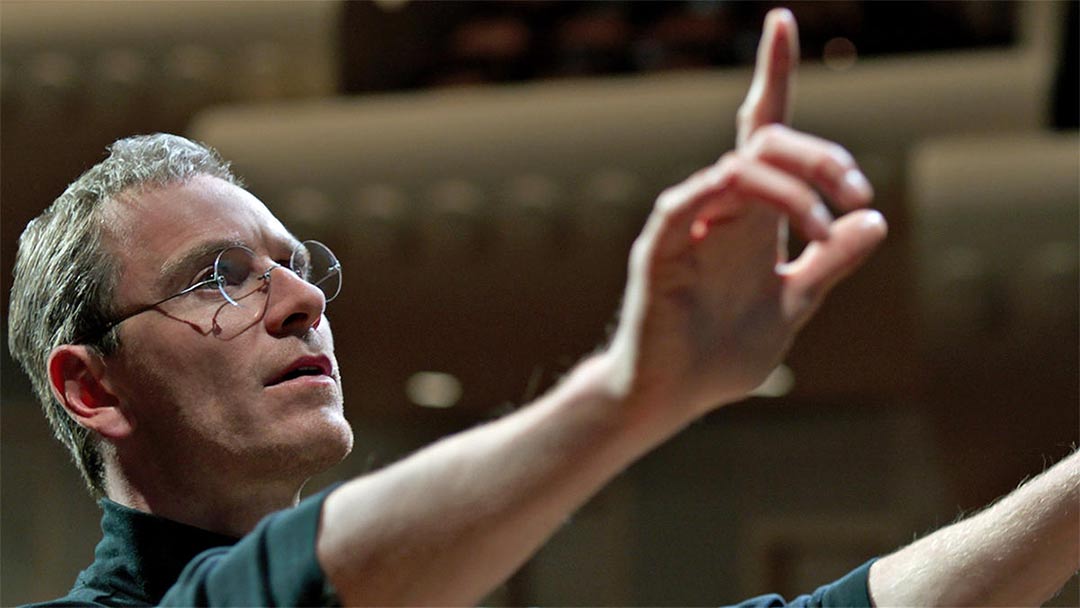 Steve Jobs, the co-founder of Apple, was widely regarded as a genius. The problem is with many people who are of heightened intelligence, is that they become fixated on their area of expertise at the expense of everything else.

Clearly, by the time Steve Jobs passed away in 2011, he had achieved more than most people do in a lifetime, and, given that he had a large number of employees, he must have been a fairly good guy. But when Apple was an upcoming technology company, Jobs worked hard to prove himself and make his name; meaning his daughter took second place in his affections.

Steve Jobs (the movie) follows three points in Jobs' life, each leading up to key note speeches regarding some of Apple's most celebrated products. As the trailer shows, this movie is more about what was happening backstage, both at Apple and in Jobs' personal life, than the actual products themselves.

Kate Winslet turns in a fantastic performance as Joanna Hoffman, an Apple exec who worked on the Macintosh project, and was known as one of the few people who stood up to Jobs and could engage with him. Seth Rogen plays Steve Wozniak, the other Apple co-founder, and it's a blessed relief to see Rogen doing well in a movie for once, and taking it seriously.

As for Fassbender, who plays Jobs...well, I think this trailer showcases him well, actually. It's perhaps not the greatest performance of all time, and I am inclined to agree with Fassbender himself, who said Christian Bale would have been perfect for the role. Bale is detached, remote, aloof; all of the traits needed to bring this difficult, intriguing and mesmerizing character to life. Fassbender does well, his efforts are admirable but just a shade short of being right on the money.