Will Ferrell and John C. Reilly, who last teamed in the box-office smash Talladega Nights: The Ballad of Ricky Bobby, now star in Step Brothers, directed by Adam McKay. In Step Brothers, Ferrell plays Brennan Huff, a sporadically employed thirty-nine-year-old who lives with his mother, Nancy (Mary Steenburgen). Reilly plays Dale Doback, a terminally unemployed forty-year-old who lives with his father, Robert (Richard Jenkins). When Robert and Nancy marry and move in together, Brennan and Dale are forced to live with each other as step brothers. As their narcissism and downright aggressive laziness threaten to tear the family apart, these two middle-aged, immature, overgrown boys will orchestrate an insane, elaborate plan to bring their parents back together. To pull it off, they must form an unlikely bond that maybe, just maybe, will finally get them out of the house.

Will Ferrell does all his own singing in Step Brothers, and John C. Reilly did all his own drumming.

The fake testicles Will Ferrell's character uses in the film were a real prosthetic, made with real human hair. They were worth around $20,000 and were presented to Will Ferrell as a wrap present.

Mary Steenbergen played Will Ferrell's step mom in Elf, and plays his real mom in Step Brothers.
Adam McKay wanted to make Step Brothers a drama, not a comedy! 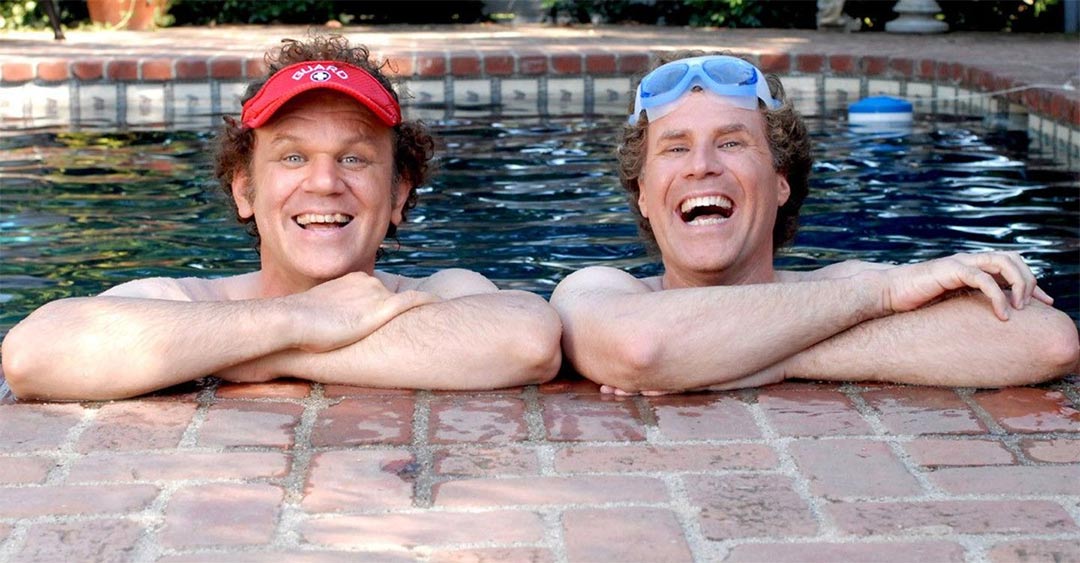 If I want a movie that will make me laugh out loud, a Will Ferrell movie is a pretty safe bet for me. Okay, his films might not be the best but Ferrell plays his characters to perfection and there's just something about him that really makes me laugh.

Step Brothers falls into the category of one of Ferrell's weaker films, but it's still a joy to see him reunited on screen with John C. Reilly. Step Brothers screenplay is written by Ferrell and Adam McKay, from a story written by them with Reilly. Their sense of humor will be familiar from Talladega Nights, another film which might not be all that great critically, but is enjoyable nonetheless.

When Brennan's mom marries Dale's dad, the two men-children, both still living at home, become step brothers, and are forced to share a room. As the trailer shows, they hate each other at first sight, and war ensues, but after an incident which I won't spoil here, the two become firm friends.

As with most siblings, sometimes it's harder on the parents when the kids are getting along than when they're fighting!

One thing that can be seen in the trailer and that is referenced a fair bit in the film, is bullying. Brennan and Dale are both fools, and reluctant to make lives for themselves away from the family nest, but even so, they don't deserve the merciless torment they have suffered all through their lives. It's a serious theme in a foolish movie, but in many ways it's more hard hitting, and the message (don't bully others) is perhaps more hard hitting because of it.

Some people won't enjoy Step Brothers because they'll be looking to get more out of a movie than simple humor but I thoroughly enjoy it and the final scene of this trailer, with the bunk beds, has me crying with laughter every time.