After releasing an extended TV spot for Rogue One: A Star Wars Story during ABC's Thanksgiving Special, "The Wonderful World of Disney: Magical Holiday Celebration," Disney has now created an improved version for audiences online. The condensed trailer and TV spot, called "Trust", shows plenty of never before seen footage from the film.

Though Disney first admitted that their expectations for Rogue One were kind of low, when compared to the rest of the Star Wars franchise, recent estimates are predicting different. As of right now, even before the tickets on sale online Monday, the spinoff is expected to do a minimum of $150 million during its opening weekend. In short -- The force is strong with this one! 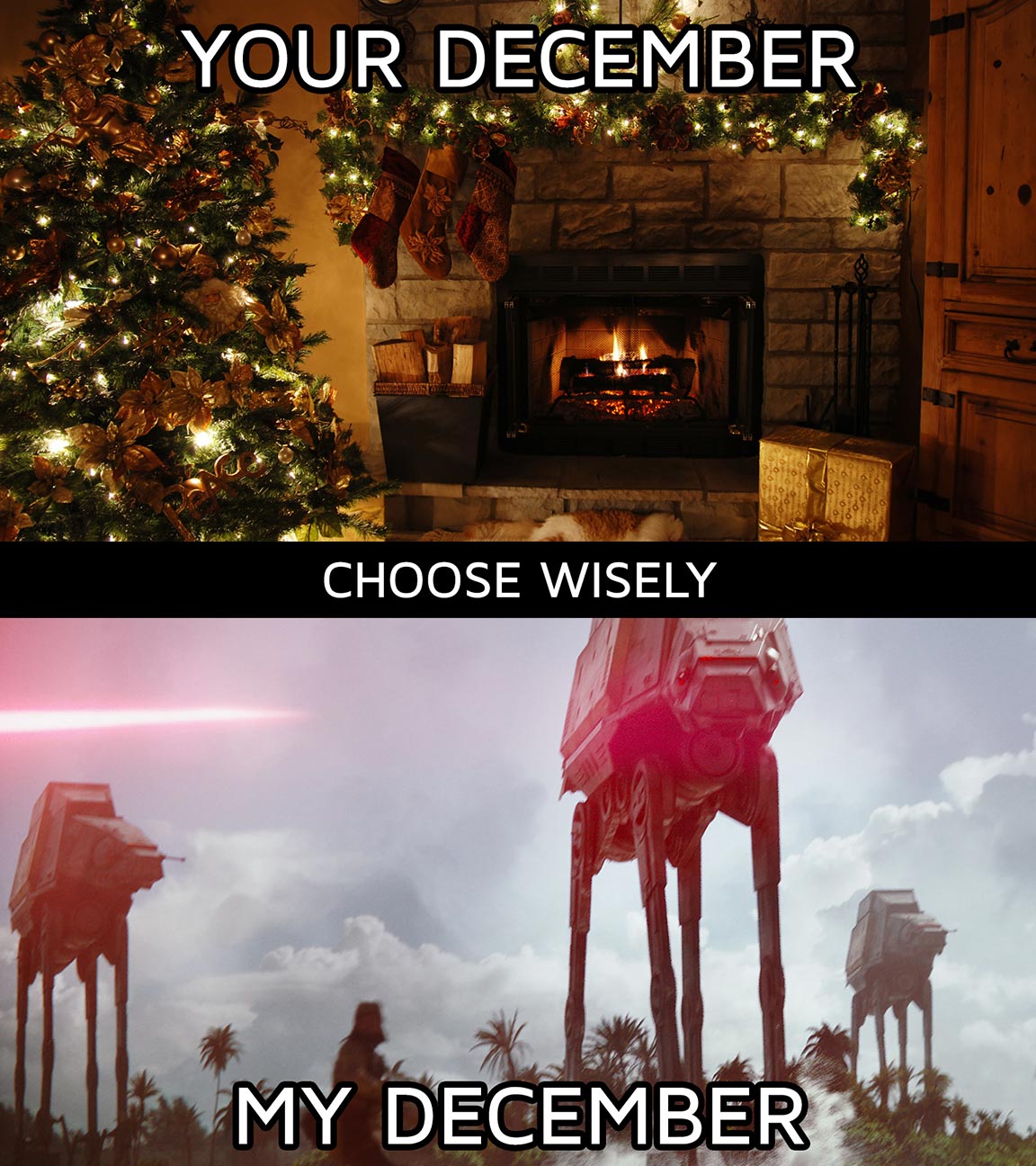 Though we were told not to expect any Jedi lightsaber battles in this installment, it is now clear that the Force will not only be discussed, but likely be used by a character or two. It also makes sense since this particular trailer's tagline is, "Trust the Force." So, umm, nuff said.

We also can't help but smile knowing that Disney would choose Cyber Monday of all days to flood the market with tickets to Rogue One. The best holiday present? Could be. How about a meme?

My emotions may be running high now that the one-month countdown has begun, but this new trailer for Rogue One might be the best yet. Sure, the preview runs a bit short on running time considering that it originated as an ABC TV spot, but it knows how to pack the punches. And throwing in tons of new visuals also helps.

One such character we get to see a lot of is Alan Tudyk's K-2SO. This ex-Empire droid seems to have no problem with banter and killing stromtroopers left and right. The grenade catch was classic. As a bit of background, the droid was reprogrammed by Cassian Andor, as played by Diego Luna, which allowed for its defection. Not only does the droid now fight alongside our gang of Rebel spies, but its primary task is to help the growing Alliance infiltrate the Empire. We haven't gotten to see too much from this droid just yet -- fingers crossed he's not annoying -- but have plenty of faith in Alan Tudyk.

With this new trailer for Rogue One, December just can't get here fast enough.