A desk-bound CIA analyst volunteers to go undercover to infiltrate the world of a deadly arms dealer, and prevent diabolical global disaster.

The characters of Rick Ford and Nancy were tailored specifically for Jason Statham and Miranda Hart to play, respectively.

Paul Feig wrote, directed and produced Spy because he knew no one would ever let him make a James Bond film.

The character of Rayna was written as a 19 year old and had to be changed when Rose Byrne was cast in the role.

Melissa McCarthy says this is the most physically demanding role she has ever undertaken. Her work ethic and ability to learn was highly praised by stunt coordinator, J.J. Perry. 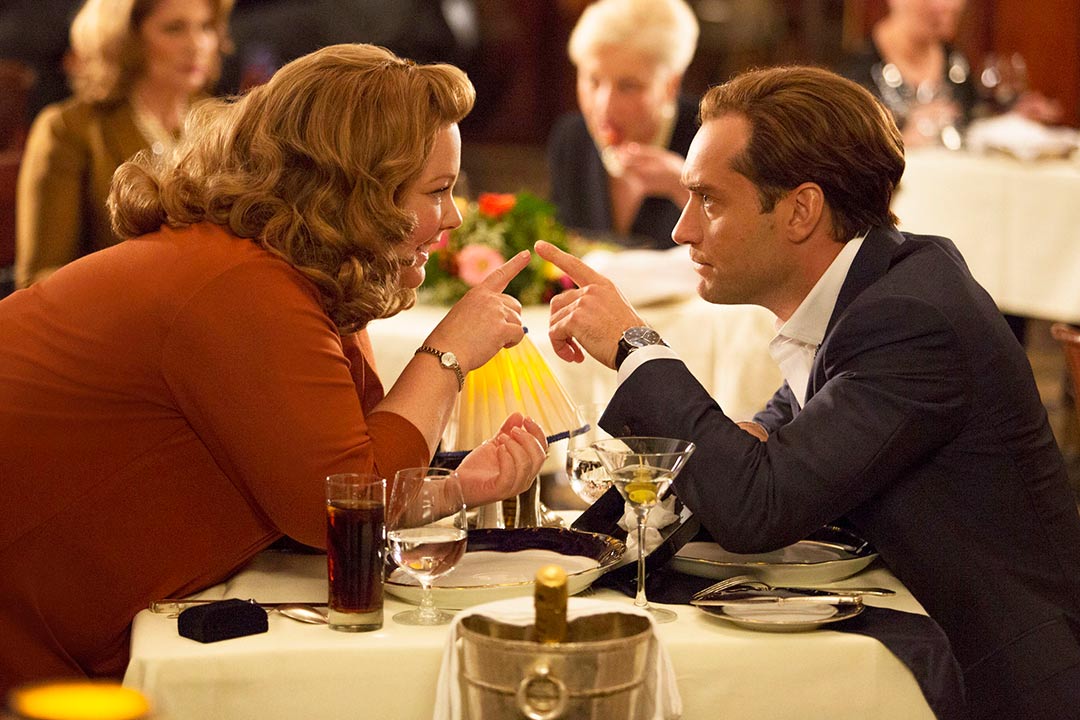 Melissa McCarthy is a fantastic comedian, particularly when it comes to physical comedy. Spy might just be one of her greatest movies to date; her character is as endearing as she is eccentric and as sweet as she is funny. In fact, I'd go as far to say this might be my favorite role of McCarthy's to date.

Spy also stars Jude Law, who I usually find quite unbearable to watch but is quite amusing here. British TV star Miranda Hart also stars, as Susan's work colleague and friend, Nancy. I love and adore Hart beyond all measure, though I am surprised to see her playing the straight role here as she is usually the one playing the fool. I hope she gets the chance to showcase her comedy skills in the film.

The trailer is funny, like laugh-out-loud funny, but I was also surprised at how much I enjoyed McCarthy's character in just this short clip. I do enjoy a good spy parody though, because there's so much scope for so many jokes, or things to go wrong, and it looks as though Spy has picked up on this and gone with it.

I'm interested to see McCarthy under the direction of Paul Feig, too, since she will soon be back on the big screen, starring in the Ghostbusters reboot which Feig is directing. Also starring Kristen Wiig, Kate McKinnon and Leslie Jones, Ghostbusters has a lot to live up to for fans of the original. However, with the talents of McCarthy and Feig, it might just manage it.